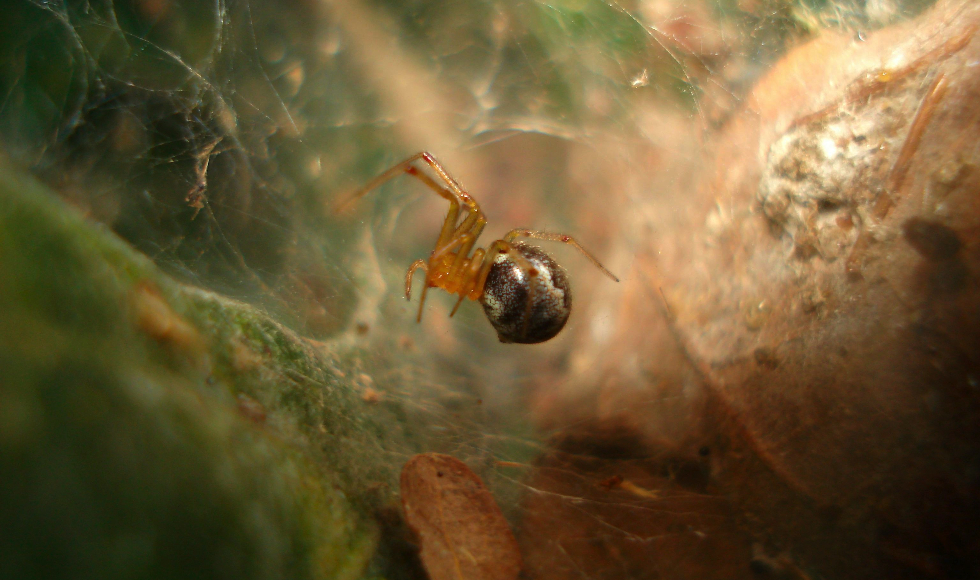 Researchers at McMaster University who rush in after storms to study the behaviour of spiders have found that extreme weather events such as tropical cyclones may have an evolutionary impact on populations living in storm-prone regions, where aggressive spiders have the best odds of survival.

“It is tremendously important to understand the environmental impacts of these ‘black swan’ weather events on evolution and natural selection,” says lead author Jonathan Pruitt, an evolutionary biologist and Canada 150 Chair in McMaster’s Department of Psychology, Neuroscience & Behaviour.

“As sea levels rise, the incidence of tropical storms will only increase. Now more than ever we need to contend with what the ecological and evolutionary impacts of these storms will be for non-human animals,” he says.

Pruitt and his team examined female colonies of the spider known as Anelosimus studiosus, which lives along the Gulf and Atlantic coasts of the United States and Mexico, directly in the path of tropical cyclones that form in the Atlantic basin from May to November.

To conduct the research, scientists had to tackle many logistical and methodological challenges which included anticipating the trajectory of the tropical cyclones. Once a storm’s path was determined, they sampled populations before landfall, then returned to the sites within 48 hours.

They sampled 240 colonies throughout the storm-prone coastal regions, and compared them to control sites, with particular interest in determining if extreme weather—in this case areas disturbed in 2018 by subtropical storm Alberto, Hurricane Florence and Hurricane Michael—caused particular spider traits to prevail over others.

As a species, A. studiosus is divided into two sets of inherited personality traits: docile and aggressive. The aggressiveness of a colony is determined by the speed and number of attackers that respond to prey, the tendency to cannibalize males and eggs, the vulnerability to infiltration by predatory foreign spiders, among other characteristics.

Aggressive colonies, for example, are better at acquiring resources when scarce but are also more prone to infighting when deprived of food for long periods of time or when colonies become overheated.

“Tropical cyclones likely impact both of these stressors by altering the numbers of flying prey and increasing sun exposure from a more open canopy layer,” explains Pruitt.

“Aggressiveness is passed down through generations in these colonies, from parent to daughter, and is a major factor in their survival and ability to reproduce.”

The analysis suggested that after a tropical cyclone event, colonies with more aggressive foraging responses produced more egg cases and had more spiderlings survive into early winter. The trend was consistent across multiple storms that varied in size, duration and intensity, suggesting the effects are robust evolutionary responses, says Pruitt.

The research, which is part of a larger project examining the impact of tropical cyclones on hundreds of species in the ecosystem, was funded by the Tri-agency Institutional Programs Secretariat Canada 150 Chairs Program.