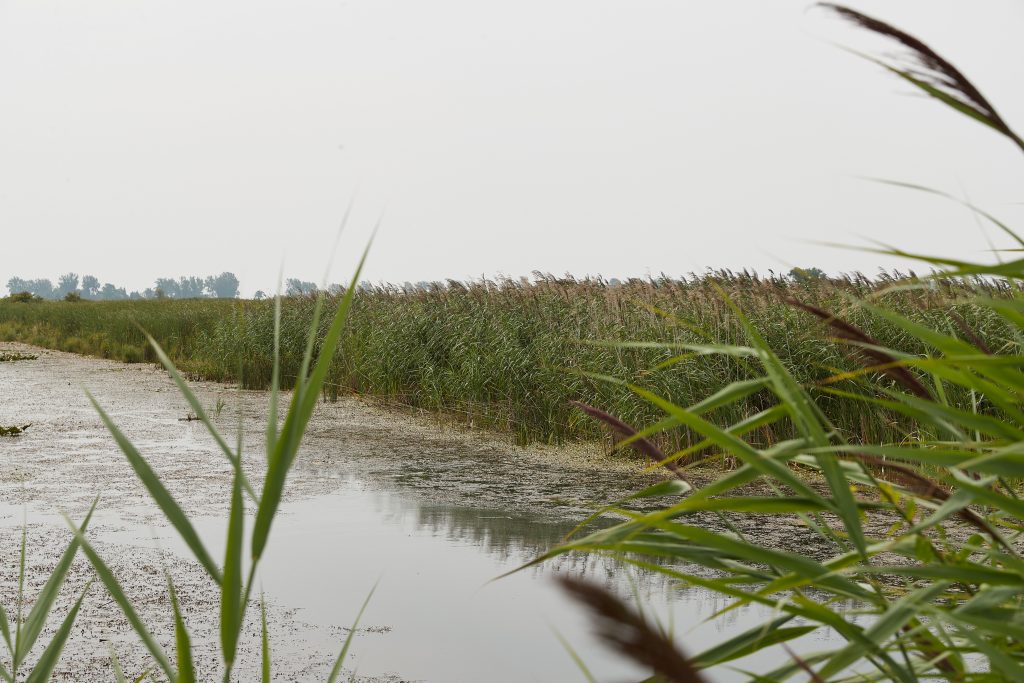 McMaster Biology Professor Patricia Chow-Fraser says wetlands like the one pictured here at Long Point, Ontario need to be protected because once they are degraded they can never fully recover. (Photo by Kevin Patrick Robbins/McMaster University)

When it comes to the wetlands, preservation and protection is far better than restoration, says McMaster Biology Professor and ecologist Patricia Chow-Fraser, a leading expert who has devoted decades to the health of our ecosystems.

“I think a lot of people are recognizing their value because they are part of what is referred to as green infrastructure. When they disappear or are badly degraded, those benefits are gone forever,” she says.

The wetlands provide vital habitat for many plants and animals including the largest freshwater fish, fish like the muskellunge, and turtles, which have been a main focus of her research.

In southern Ontario, Chow-Fraser says that studies have estimated 60 to 70 per cent of wetlands that were once located along the coastal areas of the Great Lakes have now disappeared due to dredging, draining or development.

The first ten years of her career were spent working in Cootes Paradise Marsh, where she monitored the effectiveness of excluding invasive common carp from the marsh to improve water clarity and bring back wetland plants. Through this work, she learned once wetlands are degraded, they can never be fully restored.

“I realized that Cootes Paradise is still very degraded. It measurably improved because of restoration efforts but it is still not as good as many wetlands,” she says, noting that over the course of six or seven decades Cootes went from a wetland that was providing good fishing and habitat for wildlife to something akin to a muddy shallow lake, with only a few plants.

Compare that to other wetlands in the province that are still strong and intact, like those in Georgian Bay, where the water is clear, and so fish, plants and insects are abundant, she says.

“You show people how pristine it was, and how degraded it is now – it’s a very powerful way to mobilize them to act.”

Mobilizing people is exactly what she hopes to do, through citizen scientists and her students, by not just focusing on wetlands themselves, but the animals they provide a home for, like the muskellunge and turtles.

“If you just say, ‘I want to save this wetland,’ it doesn’t seem to have the same effect as when you talk about it as a habitat for the turtles, or you say this is where the young fish go and if you want to fish the muskellunge, you need this habitat.”

She has always been involved in public engagement and since 2010 has tried to create activities that would be good for citizen science, including monitoring birds and frogs in wetlands and developing techniques to monitor agricultural runoff.

“The legacy that I would like to leave is the kind of activities where western science and Indigenous knowledge combine to try and help protect sensitive species,” she says. “I don’t want the research to be something that sits on a shelf, I want it manifested and fully mobilized to help the public and government agencies to carry out their programs.”

We need to protect wetlands in and near the Great Lakes, giving them more room to expand in the face of fluctuating water levels, Chow-Fraser told the national broadcaster.