A tale of two Christophers 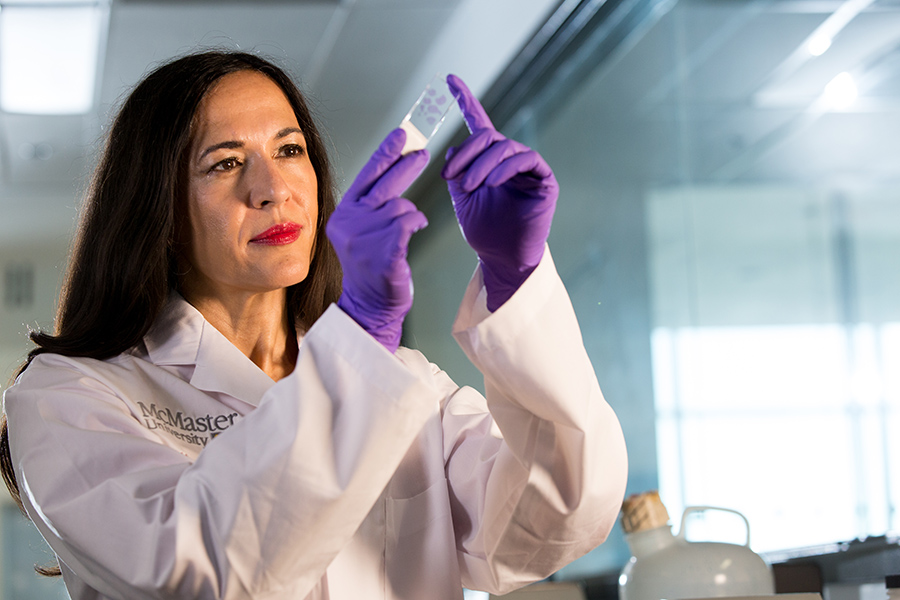 As a neurosurgery student, Sheila Singh was on a six-month rotation at Toronto’s Hospital for Sick Children when she met two little boys named Christopher.

They were both just five years old and both very sick with medulloblastoma, a malignant brain tumour found in children.

At five years old, the medulloblastoma survival rate is 60 per cent.

Both boys’ tumours looked the same under the microscope, and both boys received surgery, chemotherapy and radiation—the gold standard in medical care. But the boys had very different responses to the treatment.

One Christopher survived and is still alive eight years later. The other died.

For the second Christopher, the gold standard wasn’t good enough.

“It’s just devastating for families,” says Singh. “And we had no answers to give the families to explain why one of the Christophers died and the other Christopher was a brain tumour survivor. I realized after caring for them that I would never understand why unless I learned more about the actual biology of brain tumours.”

Singh went to work on the problem.

Earlier studies of blood diseases had showed the role stem cells play in generating leukemia, so Singh decided to see if there were similar, cancer-initiating cells in the brain.

She found that this was indeed the case, discovering what is now called the Brain Tumour Initiating Cell.

She also found that the cells have a marker, called CD133. It’s a receptor on the surface of the cell, which can be detected using light. This helps doctors separate the malignant cells from the healthy ones, making it easier to develop cancer therapies less invasive than surgery and less toxic than chemo and radiation.

“If we just look at medulloblastoma alone, there’s been a huge explosion of data since I trained as a resident, when we knew very little about the biology of the disease. In just 20 years the five-year survival rate has improved remarkably, because of how we’ve been able to tailor and improve the current chemotherapy and radiation protocol.

“Looking back, I think that the one Christopher had a type of tumour that was composed more of aggressive cancer stem cells. Those cells are the cells who escape radiation and chemotherapy, because radiation and chemotherapy target actively dividing cells, and these cancer stem cells can hide out in a dormant state and go into a state where they’re not dividing specifically to evade those therapies. Then afterwards you look at the child and 90% of the tumour is gone and the child looks well, and you think, ‘Oh good. They’ve responded to chemo and radiation.’ But if some rogue stem cells have broken away and hidden, the cancer returns.”

Singh sees cancer as a dynamic disease. “When we look at cells under a microscope, we’re only seeing a snapshot of that phase of the tumour. It changes in response to treatment.”

Singh and her team are now studying tumours implanted into mice and seeing how the cells change in response to treatment. Her goal is to better understand what is happening at the moment those cells go rogue and start a new tumour in the patient. Her work has provided some answers as to why one Christopher developed a recurrence.

This is precisely what Singh is working on now. “Radiation and chemotherapy are systemic therapies, which mean they affect and target every rapidly dividing tissue in the body. So there’s so much toxicity that these children experience. If we could discover a targeted therapy that only hits the cancer cell we could actually also improve the quality of life of the survivors of brain cancer.”

She’s focusing her research on finding a targeted therapy that works well enough so doctors may not even have to operate on these tumours.

“Maybe there will be a day where we can cure tumours with medicine.”