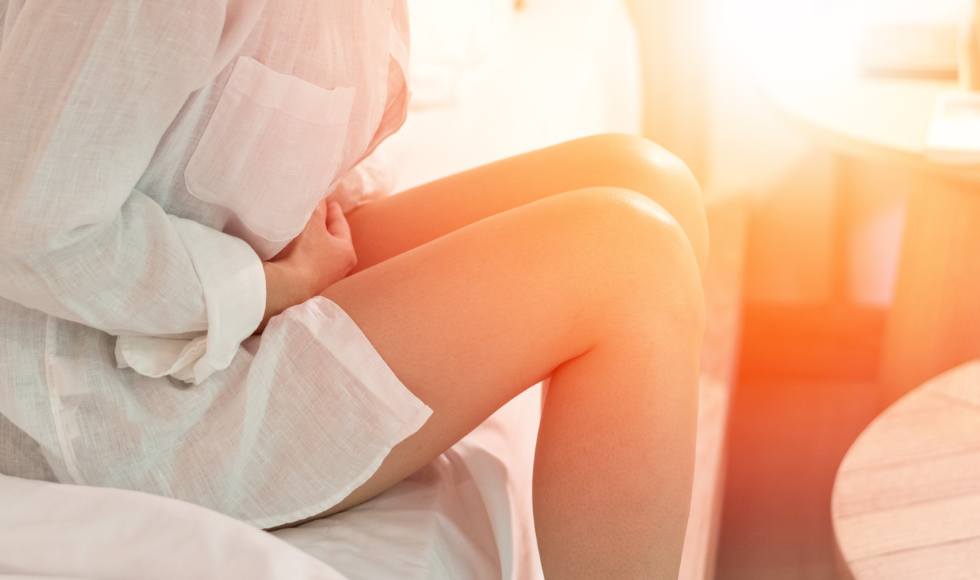 AIMA Labratories, a business incubator client of the McMaster-funded The Forge, has developed an at-home diagnostic blood test that could help women with endometriosis get a diagnosis much sooner.

As we mark Global Entrepreneurship Week at McMaster, we are highlighting the innovative thinkers working to turn ideas into reality. Stay tuned to Daily News all week long as we share stories of McMaster community members whose entrepreneurial skills are making real-world impact.

One in ten women around the world are thought to have endometriosis and getting a diagnosis can typically take five to 12 years — something that in today’s world is unacceptable, says Professor Emeritus Lauren Foster.

Foster, the co-founder and CEO of AIMA Laboratories, is aiming to shorten that pathway by providing the first at-home diagnostic blood test to screen for the chronic condition.

Endometriosis occurs when a tissue similar to the lining of the uterus is found outside of the uterus. Most commonly diagnosed through laparoscopic surgery, it can cause inflammation, long-term pain and infertility and often has a negative impact on a patient’s quality of life.

There is no known cure. Surgery to remove scar tissue or using drugs to treat a patient’s pain can be effective, but success rates vary.

Foster, a professor emeritus in the department of Obstetrics & Gynecology at McMaster, says the road to diagnosis for many patients is a long one because of the nature of the condition, as well as prevailing attitudes towards women’s pain.

“The symptoms of endometriosis are very prosaic in that they can be explained by a wide range of different things,” says Foster. “Patients tell us that the physicians tell them that these symptoms are just common normal parts of being a woman and you just have to get used to it.”

Endomir, the at-home diagnostic blood test, identifies certain clinical biomarkers and can give a patient a risk profile for whether they have endometriosis. Based on that risk profile, they could get a referral — potentially years before they could have laparoscopic diagnostic surgery.

The diagnostic test would be an important tool in validating the concerns of the millions of people with the condition, AIMA Laboratories co-founder Jocelyn Wessels says.

“One of our goals is to put a tool in the hands of the people who are suffering and have them be empowered to say, ‘No, I actually do have a cause to my pain,’” says Wessels, a postdoctoral fellow who graduated from McMaster with a PhD in medical sciences in 2015.

The pre-clinical FemTech biotechnology company, which recently received $468,500 in the second round of McMaster Seed Fund investments, just marked its second anniversary.

Wessels credits much of the Hamilton-based company’s success to The Forge, a McMaster-funded business incubator that AIMA Laboratories has been working with since January.

The company is running a commercialization pilot at McMaster. Foster and Wessels hope to beta test Endomir some time next year, and for the test to be in market in Canada and the U.S. in 2024.

Over time, Foster and Wessels want AIMA Laboratories to continue to grow and develop other easy-to-use products that can help fill existing gaps in women’s health care.

“The hope is to become a successful standalone company that is able to start to bring not just Endomir, but other products that empower women to have greater control over their own health care,” says Foster.