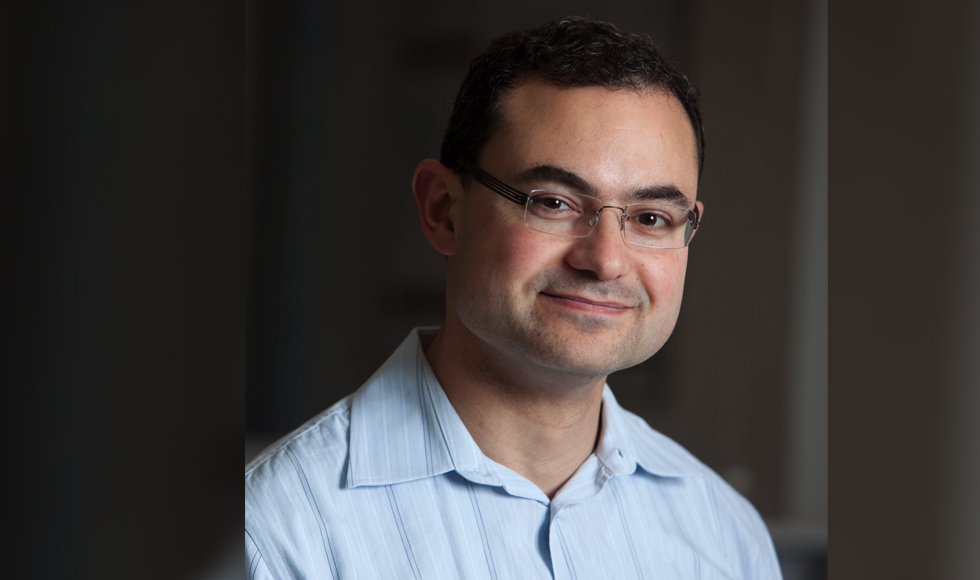 Polymer chemist Alex Adronov has been named director of the Brockhouse Institute for Materials Research (BIMR) – an appointment that follows a long association with the institute, first as an undergraduate summer student, then more than two decades as a faculty member.

Adronov’s work with the BIMR goes back to 1992, when the freshman biological chemistry major decided he wanted to take a minor in New Materials and Their Impact on Society from the newly established Theme School of the same name.

The program offered him a summer placement in the BIMR, giving the young scientist his first taste of academic research – and, as he says, “I’ve never looked back.”

After completing his doctoral work in polymer chemistry at Berkeley, Adronov was hired by McMaster’s department of chemistry and chemical biology, coming back to rejoin the BIMR as a faculty member.

The BIMR is one of the oldest and largest materials research facilities in North America. Established in 1967, and eventually renamed for Nobel laureate Bertram Brockhouse, the institute includes more than 130 faculty members from 13 departments in the faculties of science, engineering and health sciences.

As well, it provides a facility for Canadian and international universities to work collaboratively, taking materials from their discovery through to advanced characterization and translating structure, properties, performance and processing into new devices and products.

Materials research continues to be an area of priority for McMaster, says Karen Mossman, vice-president of research.

“McMaster’s Strategic Research Plan has identified Advanced Materials and Manufacturing as a strategic initiative, and I have every confidence that under his leadership, Dr. Alex Adronov will propel the BIMR forward to advance this priority area for the University.”

Of course, as someone who has been connected to the BIMR throughout his professional career, Adronov has a keen personal interest in ensuring it thrives in the decades to come.

“I want to engage the membership in new, collaborative initiatives that focus on cutting-edge materials science and engineering. I want to build on existing strengths, and challenge our membership to enter new areas of materials research that will distinguish the BIMR on the national and international stage,” he says.

“Today, materials are more important to our society than they have ever been, and McMaster is well equipped, both from the perspective of infrastructure and expertise, to make significant contributions to this fundamentally important area of research.”