Analysis: Ending child hunger and food insecurity needs to be a top priority in Canada as well as globally 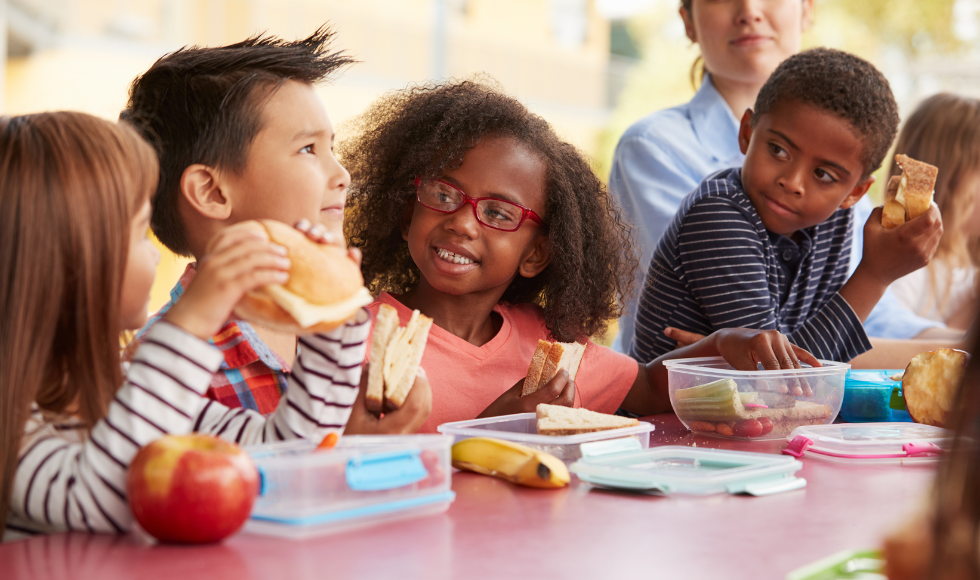 In the last three decades, the world has made considerable progress in reducing child malnutrition, but there is still work to do. (Shutterstock)

The goal is important for all people, but is crucial for children. There is work to do to meet this goal not just in low- and middle-income countries, but also in high-income countries. In Canada and the United States, food insecurity affects one in six children.

Children rely on adults to nourish their growth and prepare them to become successful adults in an increasingly precarious world of pandemics, war and climate change — all of which threaten the global food supply, food affordability and the equitable distribution of food.

In my book Small Bites: Biocultural Dimensions of Children’s Food and Nutrition, I examine the challenges of feeding and nourishing children.

Feeding children is a collective responsibility

As a species, humans are “co-operative breeders.” For much of our evolutionary history, nurturing children has fallen on parents, grandparents, older siblings and extended relations.

Today that responsibility also extends to institutions such as daycares, schools and governments. It’s a responsibility that regrettably we have not adopted as our highest collective priority.

In the past three decades, the world has made considerable progress in reducing child malnutrition.

In Nepal, where I conducted children’s nutrition research in the 1990s, an alarming 60 per cent of children under five were stunted, a term used to describe kids who are short for their age due to chronic malnutrition.

From 2001 to 2011 the prevalence of stunting in Nepal declined to 41 per cent from 57 per cent — the most rapid improvement ever documented.

A study of this reduction in Nepal isolated five factors:

These improvements were brought about by broad social, economic and policy changes at both community and national levels, featuring the combined efforts of many partners.

Still, the world has a long way to go to achieve zero hunger by 2030, in keeping with the Sustainable Development Goals.

In 2020, 22 per cent of all children in the world under the age of five were stunted, 6.7 per cent suffered from wasting (being too thin for their height due to acute malnutrition) and 5.7 per cent were overweight.

Stunting and wasting are mostly low-income country phenomena, but even children being overweight — often assumed to occur only in high-income countries — is now common in middle- and low-income populations. The so-called “double burden of malnutrition” — being both undernourished and overweight — occurs in tandem with stunting and wasting within an individual, household or population.

For example, an individual with obesity may also have nutritional deficiencies due to a poor diet. At the household level, one member may be living with obesity while another has a nutrient deficiency such as anemia. On a larger scale, this double burden can affect neighbourboods, cities and regions.

Child food insecurity in Canada and the United States

Child malnutrition is no stranger to high-income countries. In Canada and the United States, food insecurity is more prevalent in households with children under 18, affecting about 17 per cent in this age group.

While the U.S. has a range of federally funded programs to address child hunger, such as the Special Supplemental Nutrition Program for Women, Infants, and Children and the National School Lunch Program, Canada has no government-funded programs dedicated to supporting children’s nutrition. It is the only nation in the G7 without a national school meal program.

Instead, Canada has a range of charitable efforts such as school breakfast programs and food banks staffed by volunteers.

What’s especially concerning in Canada is the lack of action at all levels of government to address the problem of food insecurity for children that is prevalent — and growing. In a UNICEF report on youth well-being in 41 high-income nations, Canada was ranked 37 in working toward the Zero Hunger goal for children. Canada ranked ahead of only Malta, Turkey, Mexico and Bulgaria, with the U.S. ranked just above Canada at 36.

What can we do to end child hunger and malnutrition?

Unfortunately, U.S. President Joe Biden’s expansion of the existing federal child tax credit in 2021 during the coronavirus pandemic expired after Congress failed to extend it in 2022.

In Canada, cash transfers to families such as the Canada Child Benefit have helped to reduce poverty, but are not enough. Basic income guarantee programs would go far toward reducing the most severe food insecurity among those at the lowest income levels.

In 2019, Prime Minister Justin Trudeau’s federal Liberal government announced its long-awaited National Food Policy that included, among other promises, a federal commitment to work with the provinces and territories to develop a national school food program to deliver healthy food to children before and during school.

Sadly, COVID-19 has stalled the implementation of that policy, while rising inflation has increased food costs, which only heightened the crisis in children’s food security and malnutrition.

A recent infant formula shortage in the United States that also affected Canada is emblematic of the necessity for government intervention to ensure that goods vital to children’s survival are not under the complete control of the food industry.

Now more than ever, food policies targeting children are needed from all branches of government.