Analysis: Environmentalists must pressure the Indian government to take action on climate 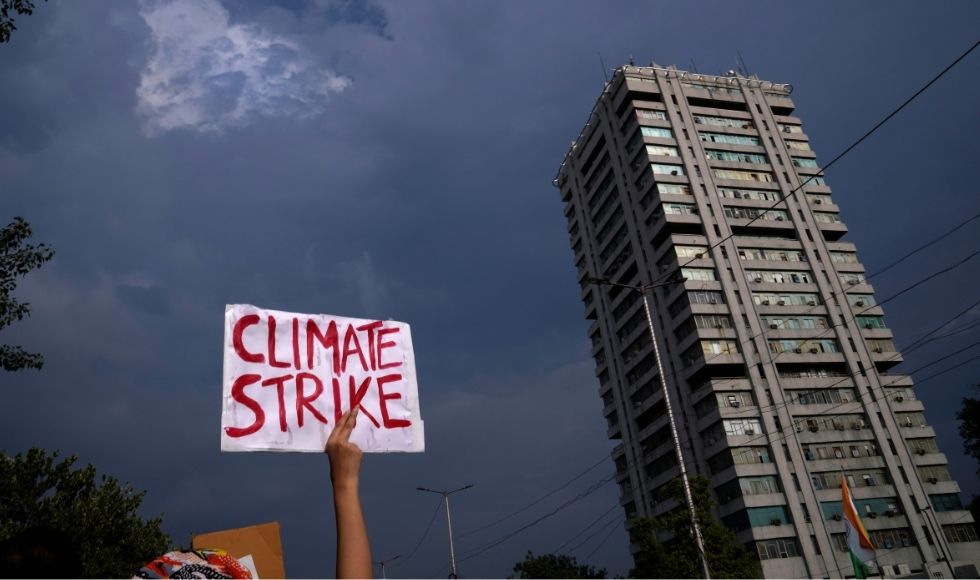 Scorching heat waves, torrential rains and other extreme weather events make India one of the most vulnerable countries to climate change. Many Indian cities recorded temperatures as high as 48 C, in 2020. And by 2100, an estimated 1.5 million additional people will die each year from climate change.

Several metropolitan cities including Delhi are expected to become unlivable in the next 80 years. The Intergovernmental Panel on Climate Change’s recent report stated that India is likely to experience more extreme weather events such as heatwaves, droughts and floods in the next few decades that will lead to irreversible climate impacts.

India pledged to reduce its emissions intensity (emissions per unit of GDP) by 33 to 35 per cent from 2005 levels by 2030, yet the government fails to generate emissions data to monitor these targets and validate claims that it will meet the Paris objectives on time.

Non-governmental organizations play an important role in India because of their ability to provide feedback and act as harbingers of change for economic and social systems to thrive. But instead of pressuring the government, many NGOs are increasingly putting pressure on the public to mitigate climate change. For instance, NGOs promote lower meat consumption, cloth shopping bags, reusable straws, LED lightbulbs and so on.

Actions like these feed the “green me fallacy,” a term coined by American writer and filmmaker Eleanor Goldfield, which is the belief that an individual’s lifestyle choices will be enough to resolve climate problems and restore ecological health. But these solutions cannot work without institutional or policy-level support.

Instead of focusing on symbolic gestures or actions that raise one’s social capital, Indian activists need to pressure the government to establish effective environmental policies and programs. They should protest, picket corporate offices, petition the government and stage sit-ins, hunger strikes and vigils to strengthen climate action and spread awareness about the urgency of the climate crisis in India. As a climate scholar and activist I have participated in environmental campaigns in New Delhi and Bengaluru to understand the objectives of NGOs and how they operate.

Acting with a sense of urgency

India is already experiencing the negative effects of climate change. Yet it is the world’s third-largest emitter of carbon dioxide, and its electricity and heating sector produces more than 1.1 billion tonnes of carbon emissions annually. With coal still central to the country’s energy sector — and more coal-fired plants planned — emissions are set to rise with economic growth. Additionally, 22 out of the world’s 30 most polluted cities are in India.

Except for a few NGOs, environmental advocacy groups in India have failed to campaign for the shutdown of coal-fired power plants and other industrial projects. Instead, many NGOs have introduced trivial campaigns such as “Monsoon Wooding” and “Pedh Lagao” (Plant Trees).

These initiatives act as weak solutions to India’s aggrieved environmental condition, at a time when environmental activists need to probe and have clarity on the most effective responses to climate change. These campaigns become problematic when they fail to ground themselves in science and begin to assert that they can resolve imminent threats, such as air pollution and climate change.

When poorly planned, tree planting can have negative consequences on ecosystems and climate change. For instance, planting trees in areas that have never been forested before, such as on grasslands, savannahs and dry lands, reduces carbon sequestration and increases air temperatures.

With the climate crisis at India’s front door, climate activists are being sloppy if they don’t hold industries accountable for their carbon output, and instead look to citizens to reduce their relatively minuscule carbon footprint.

The capitalist system induces our ideological guilt: If we cannot plant trees in our neighbourhood, buy solar-powered products or make green lifestyle choices, then we are not green enough. It heightens the individual’s sense of responsibility.

Yet changing our lifestyles may not meaningfully impact the environment, because individual lifestyle choices are not the problem, mass production and consumption are.

Even when we act with what we believe to be the best of intentions, our efforts are often at cross purposes with our goals. For example, low energy emitting light bulbs may lead us to keep the lights on more. Planting trees allows deforestation by corporations to continue by claiming reforestation elsewhere will make up for it. No matter what green initiatives we take, there is always encouragement to consume more.

Governments and corporations should not be let off the hook. NGOs must demand action from governments. They should engage in everyday forms of resistance and rights-based activism, campaign against poor and ineffective environmental policies and demand climate justice and action.

Only a handful of Indian environmental NGOs are challenging this mainstream narrative and speaking truth to power. One example is the Pathalgadi movement, which defies private sector advocacy by challenging the government over the management of Adivasi (Indigenous) resources in the state of Jharkhand. Pathalgadi activists emphasize their constitutional rights to landholdings by imposing blockades on outsiders and promoting self-reliance.

NGOs could reach out to other groups in solidarity and collectively pressure the government to restore the environment. Instead of the feel-good token gestures that exacerbate the climate crisis, Indian activists need to frame environmental inequities in ways that pressure governments to institute effective policies and programs. This is only possible by leveraging public opinion and avoiding a system where individual responsibility is seen as having more environmental impact than the state taking ownership of the problem.

Roomana Hukil, PhD Candidate, Department of Political Science, McMaster University. This article is republished from The Conversation under a Creative Commons license. Read the original article.