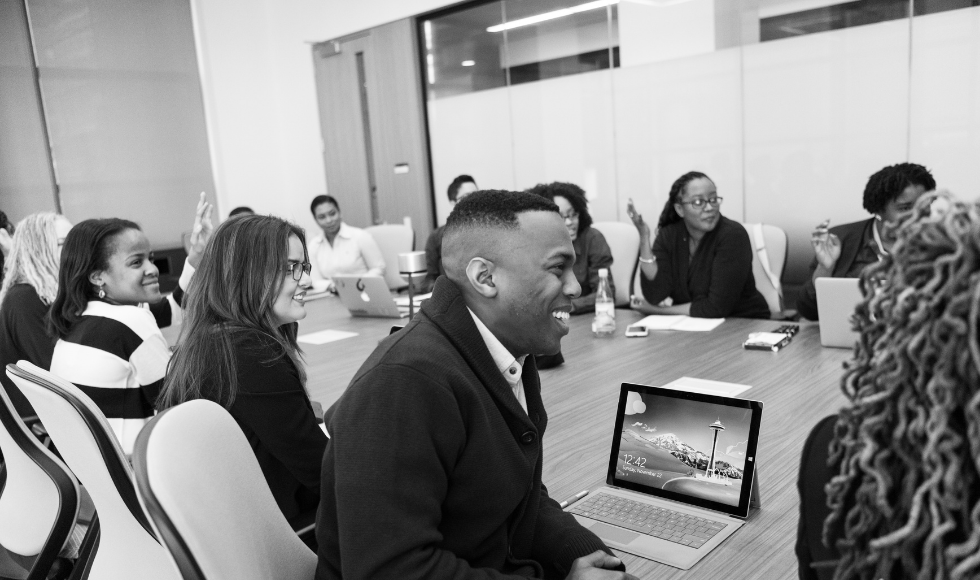 Not engaging Black communities meaningfully in health and other policy-making processes has been a critical failure, reflecting a history of systemic racism, marginalization and political indifference. (Nappy.co)

As it stands, a growing body of evidence suggests that while many decision-making bodies proclaim publicly that they want input from racialized and other marginalized communities, many institutions are not willing to listen to, accept or integrate what those communities have to say.

Broad systemic problems caused by longstanding exclusion and privilege are increasingly being acknowledged as overdue for correction. However, these complex issues are far too often papered over with helpful-sounding but empty rhetoric and symbolic and performative gestures of inclusion.

Over time, more and more people are coming to acknowledge that proclaiming to be inclusive while not actually doing substantive work is simply another tactic for preserving the status quo.

Our research, as part of the Public Engagement in Health Policy team, examines two key things:

In health-care systems, measurable outcomes such as disease prevalence and outcomes and indicators of trust in medical systems show that the system has chronically failed Black communities and is long overdue for systemic change.

The pandemic made these cracks painfully clear and very difficult to ignore.

Black communities in Canada and the United States are at higher risk for contracting COVID-19, have been dying at disproportionate and alarming rates, and suffer greater negative economic impacts.

We have known for some time that social determinants such as race, social class, education and environment influence health outcomes in both everyday and emergency situations.

Resolving the all-too-abundant disparities demands making room to hear from the people who aren’t getting the health care they need, but that isn’t happening enough, and when it does, it clearly isn’t having the necessary effect.

A recent review of government-initiated public and patient engagement activities in health policy from 2001-21 showed that only 14 per cent of 132 cases even mentioned prioritizing or engaging with marginalized populations.

All this raises the question, who really is “the public” in public engagement — and how legitimate and effective can such processes be when there are such critical gaps in representation and voice?

In response to this question, some scholars have argued that activities engaging the public in creating health policy are often merely performative “spectacles of public participation.”

They are prone to political interference, are often inadequately resourced and can result in unfulfilled expectations. They can also be self-selecting and deliberately designed to make inclusive engagement difficult.

Critical scholars have also pointed to processes that favour amenable, acquiescent perspectives that do not disrupt the status quo, while devaluing, co-opting and delegitimizing dissenting and critical voices.

If we are prepared to reckon with why this is happening, there are some critical questions we should be asking as researchers, health-care providers, activists and policy-makers.

What challenges have we encountered when attempting to engage Black communities in these processes, and to what do we attribute these challenges?

Why are we not more alarmed by the disparities in outcomes for Black and other marginalized communities during COVID-19 and more broadly?

These are not technical issues but existential questions about the efficacy of our health systems and policies, and who these systems are traditionally designed to serve.

Finally, while there is vital “grey” or non-academic data captured by practitioners and community organizations (such as white papers, research reports, governmental publications, and policy, organizational and institutional analyses), it is essential that the health needs and experiences of Black communities in Canada be studied rigorously and ethically and reflected in academic literature.

It is therefore critical that we continue to advocate for the collection of race-based health data across Canada to strengthen health-equity discussions and policy reform.

One of the profound impacts of the Black Lives Matter movement, particularly following the murders of George Floyd and Breonna Taylor, has been growing exasperation with the ways politicians and institutions often feign ignorance about the systemic barriers and forms of violence Black communities have long faced in their daily lives.

Symbolic acts of anti-racism that present a veneer of action rather than substantive structural change only add insult to injury. For example, when engaging marginalized communities, recruiting methods often favoured privileged populations, and one-off methods such as surveys were common, rather than substantively engaging marginalized communities in problem-solving.

While we continue to pursue more research, we need simultaneous and courageous conversations at policy tables that begin with a radical new level of honesty.

This means acknowledging that not engaging Black communities meaningfully in health and other policy-making processes has been a critical failure, reflecting a history of systemic racism, marginalization, and political indifference. It needs to be tackled with focus, humility, intentionality, and imagination.

In other words, what got us here won’t get us there.

We also need to understand that Black communities are not sitting by idly in a burning house waiting to be engaged. They are often out there, self-mobilizing, developing systems of mutual aid, building sophisticated community infrastructure and making their voices and demands heard. This work should be visible, lauded and properly resourced — not sidelined.

All forms of consultation and decision-making require openness to diverse views, which means shifting away from the top-down approaches governments have traditionally employed in forming health policy.

To be truly transformative, public engagement in health policy must reflect the agency, diversity, and interconnectivity of all communities.

With that said, if we begin any of this work without Black and other underserved communities leading these discussions, we have missed the point entirely.