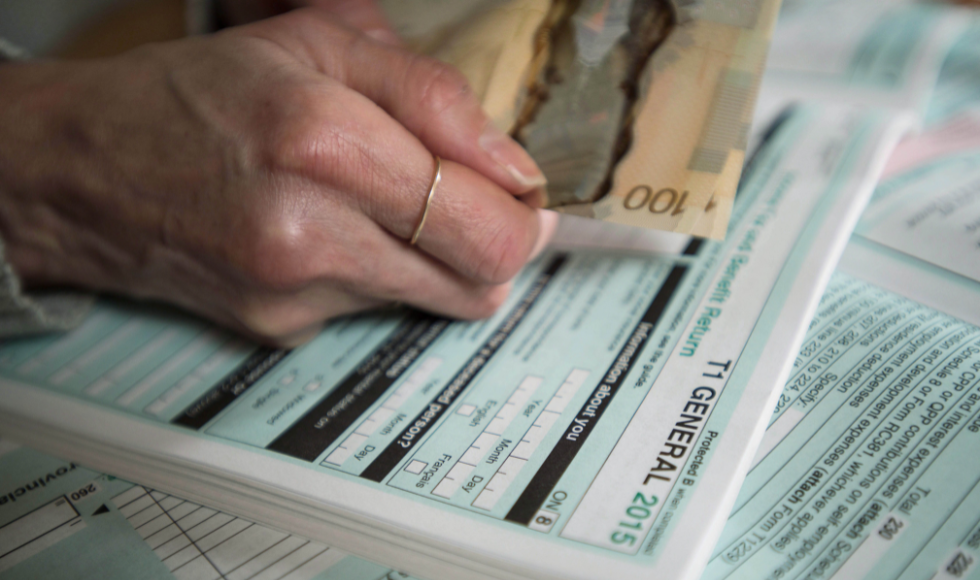 As tax season approaches in Canada, it’s worth asking: How can we democratize how taxes are spent?

In 2021, the Canadian government collected $316.4 billion in tax revenue, while the United States brought in $4.3 trillion.

How taxes should or could be spent is hotly contested both in political spheres and in people’s households. Everything from investment in public infrastructure to health care and other social services like policing — areas that people rely on — depends on the allocation of taxes.

Despite this importance, there are limited opportunities for Canadians to influence how their taxes are spent.

Participatory budgeting, which is one of the most direct opportunities for public involvement in how taxpayer dollars are spent, is also not being broadly used in Canada.

There are, therefore, few if any tools available that enable individual control over how taxes are spent beyond elections. How else might taxpayer decision-making be included in the use of taxes?

In a recent article, we introduced TaxTrack, a proposal for democratizing taxes by giving people more decision-making control over how taxes are spent.

We are currently conducting research on how best to design the not-for-profit app. There is great interest among funding agencies in Canada and Australia as we collect more qualitative data and identify strategic partnerships for a pilot project.

By registering for what we propose as a government program and installing a government-approved app, users would be able to see how much tax they contribute and importantly, provide direct input on what government services they want their taxes to be diverted to.

TaxTrack would therefore act as a program for tax-paying individuals to inform how government expenditures are spent. As a digital tool, it also has the ability to work with existing methods like participatory budgeting and citizens’ assemblies.

Imagine you’re out shopping for groceries and at the point of sale a message on your phone pops up saying, “Please provide your TaxTrack number prior to payment,” thus registering every provincial and federal sales tax collected from your purchases. Your pay stubs also register your taxable income.

Through the app, you’d be able to see how the many thousands of dollars in taxes that you’ve provided to the government are being spent. You might have strong disagreements with what has been funded, so you open the “spending controls” tab in the app and stipulate that your tax contributions are no longer to be spent on specific items. They should instead be used elsewhere.

There are potentially net positive public goods that could come from TaxTrack. Because public finance is often seen as the exclusive realm of trained economists, it tends to leave out any meaningful role for citizens to effectively participate.

Through TaxTrack, all taxpayers, regardless of their income or education — and potentially even citizenship status — would have a way to become active participants. It could mean increased awareness, accountability and a greater interest in the activities of government.

Despite these potential benefits, governments may choose to restrict user controls or assign specific permissions to specific income brackets. Indeed, tax systems do not exist in a political vacuum. Users may even decide to pool their controls in bids to restrict or otherwise outmanoeuvre one or more spending authorities or other user groups.

This means that conversations need to take place concerning non-manipulative uses of the app, openly and transparently. One approach to this is a recurring citizens’ assembly on TaxTrack.

Also, the collection of personal data needs to be protected.

But as people continue to lose trust in Canadian governments, we have an opportunity to broaden and deepen the practice of democracy through the TaxTrack model.

Tax systems can transform political, social, environmental and economic relations within a country, and they can alter what a democratic future might look like and how we can get there together. What people want to spend their taxes on, or not, should directly reflect individual and collective choices, sets of values and hopes.

A look back at research in 2022: From health care to tech to social justice

Inhaled vaccines. Digital storytelling. The legacy of pandemics past, and a lot more. Here’s a quick recap of some of McMaster’s best-read research stories from the past year.