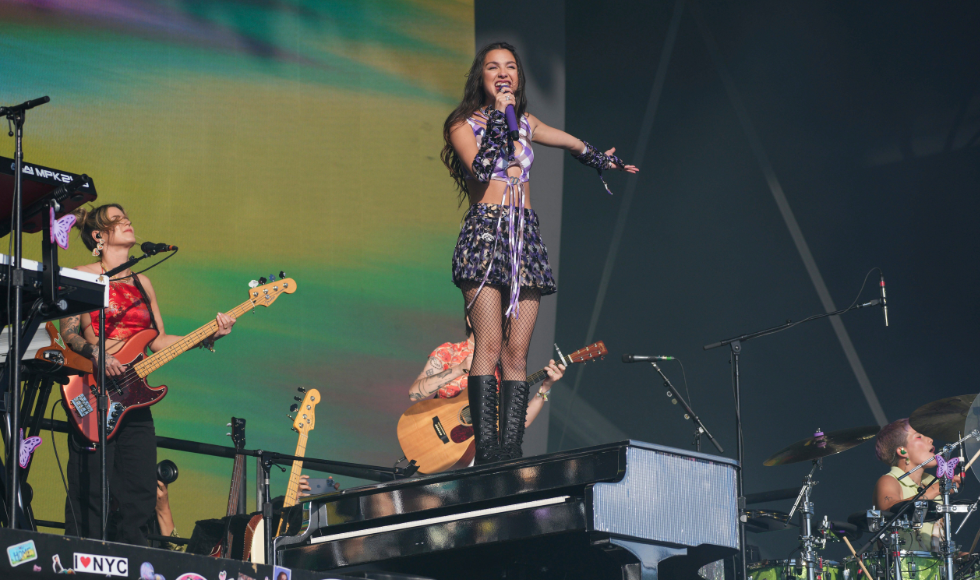 After rising to fame as a Disney star, Olivia Rodrigo broke the Internet. In January 2021, while recording music for her now-platinum debut album, SOUR, Rodrigo took to TikTok to promote her first single, “drivers license.” The track received 76 million streams in its first week, breaking several global records.

The 19-year-old Grammy-winner has been candid about how she takes cues from her musical influences. But another SOUR single, “good 4 u,” was compared for its similarities to pop-punk band Paramore’s hit “Misery Business.”

While Rodrigo eventually granted Paramore’s Hayley Williams and Josh Farro songwriting credits in August 2021, critics, fans and trolls alike asked: If Rodrigo is not original, what makes her stand out?

Rodrigo’s brilliance lies in her use of TikTok as a tool to present her celebrity image as authentic to a young, global audience. Her use of social media self-branding to remix already existing ideas, sounds and texts in fresh, new ways is what makes her and other young artists and creators shine.

The platform is popular among younger users – particularly those in Gen Z.

After releasing “drivers license,” Rodrigo proceeded to post a now-viral TikTok asking followers to stream her track. The video features the song and a series of video vignettes explaining its significance.

Using TikTok’s green screen feature, Rodrigo appears before a picture of her driver’s license as the track plays. Next, a text block appears:

“I posted this photo on Instagram saying how i was super excited to drive alone through the suburbs crying lol … thought the experience might make a good song.”

Rodrigo takes on the tactics of other Gen Z TikTok creators in this promotional content. Through her playful use of TikTok’s innovative features, such as green screen and duets, Rodrigo appears relatable to her fans and followers.

Akin to Rodrigo’s SOUR, viral content on TikTok is not necessarily “original.” It is instead an imitation or restyling that adds to an ongoing conversation.

The challenge consists of two videos stitched together as a clip of “drivers license” plays along. In the first video, Sommers lip-syncs along to the song’s chorus wearing no makeup and a sweatshirt. As the sound transitions to the bridge, she makes eye contact with the camera and falls backwards. This is immediately stitched with a second “glow up” video as Sommers is shown lying on her bed in a fancy dress as the bridge plays.

Rodrigo and the remix

Rodrigo approaches her music as a composition of pop stars past, similar to how TikTok’s features encourage restyling already popular content. The “once-in-a-generation songwriter” shared her thoughts on music and originality with Nylon in 2021: “… I’m going to try and take all of my … influences and inspirations … and make something … I like.”

Rodrigo and other Gen Z creators curate their celebrity image by mixing content and social media presence as a combined entity. Rodrigo’s promotional TikTok content centres on how she takes on existing concepts through remix and play.

Through stitches, duets and green screens, Rodrigo showcases the postmodern appeal of today’s popular music: A fresh face returning to the beats and lyrics of a previous generation.