Axin for a friend: Protein could hold the key to longer, healthier life 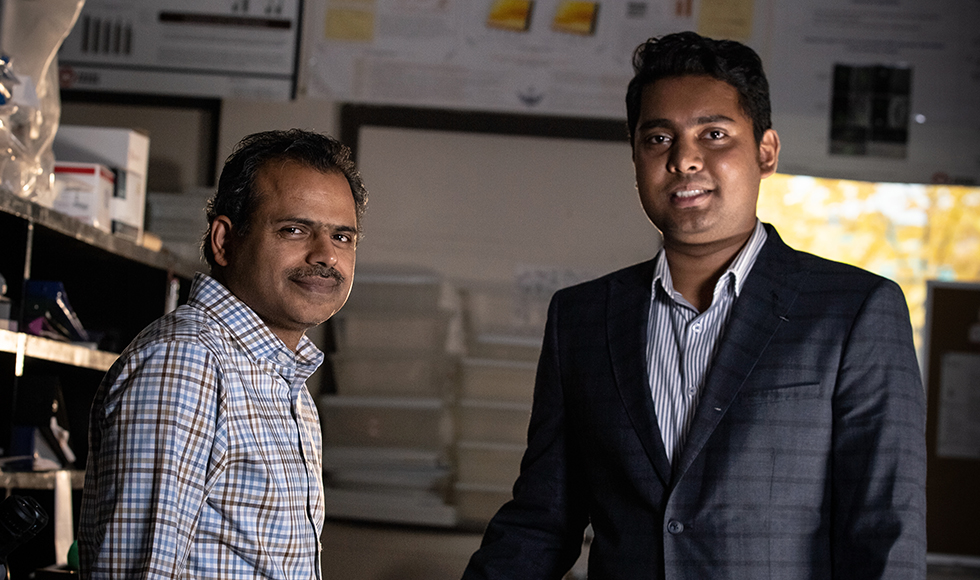 Axin is a VIP – a Very Important Protein.

It’s essential to the development of an embryo. It’s a key player in allowing the body’s cells to divide without going haywire and forming a tumour. It regulates the body’s production of lipids, or fats, which can affect aging.

Essentially, it acts like the host at a party, encouraging other proteins to interact in ways that keep everything from worms to mice to humans healthy.

Now, McMaster researchers have discovered that axin also plays a key role in keeping organisms healthier for longer – providing an important perspective on a potential mechanism for helping humans live both longer and healthier lives. The work has been published in a peer-reviewed Cell Press journal, iScience (DOI: 10.1016/j.isci.2020.101843).

Bhagwati Gupta, a professor in the department of biology, and Avijit Mallick, a PhD candidate in Gupta’s lab, have shown that the way axin functions in muscles is essential to regulating the lifespan in animals: if you disrupt it, as Mallick did in both tiny worms called nematodes and mice, muscles degenerate and the animals die prematurely.

Conversely, when an animal’s muscles have more axin, they’re healthier, and the animal lives longer.

“This is something new, because axin has mainly been studied in the context of animal development, and its role in the growth of cancer,” explains Gupta. “Its role in muscle health maintenance, lifespan and aging is something that we’ve demonstrated for the first time. And because this protein is abundantly expressed in muscles in mice, it’s very likely that it plays a similar role in humans.”

And that, of course, is Gupta and Mallick’s next step. They’re hoping to collaborate with researchers who study aging in humans, such as members of the McMaster Institute for Research on Aging, to investigate if humans who live longer and have healthier muscles have higher levels of axin.

From there, it might be possible to develop drugs or chemicals that increase levels of axin, which could provide a way for humans to age as healthily as possible.

“For a long time, aging research was focused on getting animals to live longer – but people have now realized that living longer isn’t good if you aren’t healthy,” says Gupta.

“Healthy aging is more significant than just living longer. And we’ve provided a mechanism to not only extend the lifespan, but also maintain health.”

VoxNeuro registers with FDA as a medical device establishment, enabling them to distribute their cognitive assessment system to the U.S.