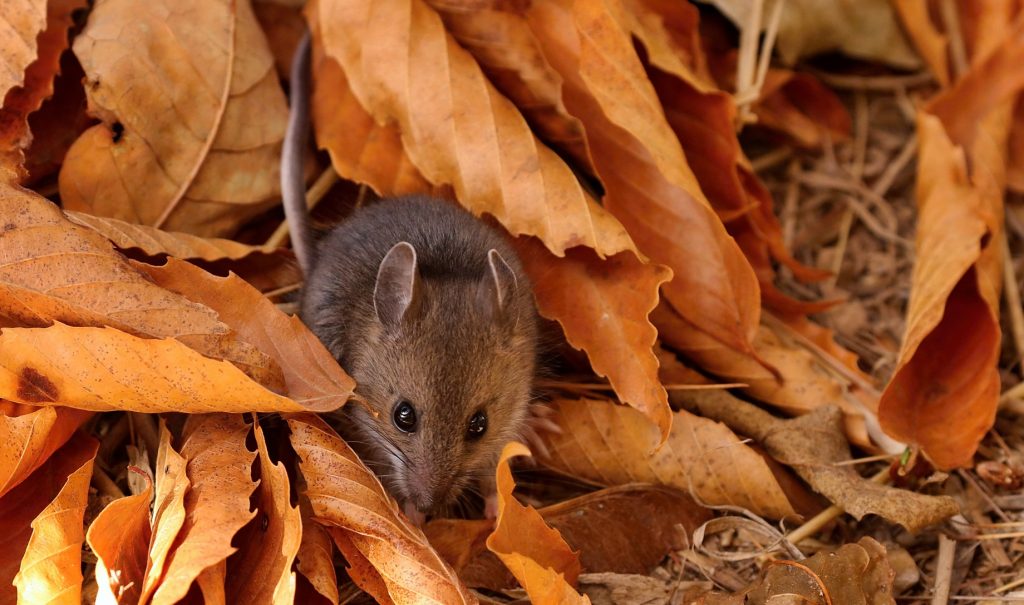 It’s early 2019, and biologist Jay Storz is struggling to breathe. He has just made it to the top of Llullaillaco, a Chilean volcano about three-quarters the height of Mount Everest, in search of a rumour.

Up this high, the air is thin, so there isn’t much oxygen and every step is an effort. Storz’s colleague, Mario Perez Mamani, spots movement among the rocks and Storz springs into action. He makes a successful grab and sits back, smiling. In his fist is the highest-dwelling animal in the world: A yellow-rumped leaf-eared mouse (Phyllotis xanthopygus rupestris).

I’m a Canadian biologist who is part of an international team of scientists that includes Storz; we study mountain top mice to learn how animals adapt to extreme environments. When it comes to living the high life, small rodents and lagomorphs (relatives of rabbits) are the undisputed high-altitude champions from the Andes to the Himalayas. Our study species, the North American deer mouse (Peromyscus maniculatus), is found from sea level to the summit of the highest Rocky Mountains, giving it the broadest altitudinal range of any mammal on the continent.

Surviving extreme environments as a pup

Mountain tops are some of the most extreme environments on Earth, and many summits are freezing cold all year round. For small mice, this can be a big problem. Their surface area is large relative to their mass, so they lose heat quickly.

Most warm-blooded animals like birds and mammals — endotherms — use energy from food to make their own heat and prevent their body temperature from dropping too low. Mammals use muscle to shiver or a special kind of fat called brown adipose tissue that makes heat without shivering. Both shivering muscle and brown fat need energy and oxygen to make heat.

Oxygen is in short supply on a mountain top but high-altitude mice have found a way around this problem. Highland populations of the North American deer mouse, native to the Rocky Mountains and the White Mountains, have evolved to maximize heat production. Their brown fat and skeletal muscle are fat-burning machines, and their specialized cardiovascular and respiratory systems deliver all the oxygen and fuel needed. Maximizing heat production means an adult mouse is more likely to survive on the cold mountain top.

Some mammals are born with fully functioning heat-generating mechanisms. But for many species, these systems mature after birth. In these animals — including humans and mice — brown fat matures first and takes on early heat production.

At sea level, a baby mouse’s brown fat takes about eight days to develop. By that point, the babies, or pups, have tripled in size and are starting to grow fur. In another two short weeks, they will be old enough to leave home, but these first few weeks are treacherous. High predation risk and the energetic costs of growth mean less than half of baby mice born in the wild make it to adulthood.

But high-altitude mice have evolved a surprising strategy to help survive this early life stage: they let themselves get cold. Our research found that heat-producing systems of high-altitude deer mouse pups mature slowly compared to mice from lower elevations. When we looked at the genes responsible for these traits, we found that in both brown fat and skeletal muscle, the metabolic pathways associated with heat production were turned off in high-altitude pups, who had to rely on their mothers for warmth.

Mother rodents will sit on their pups while they nurse, keeping them nice and toasty. If pups can’t produce their own heat, their body temperature will slowly drop whenever the mother is away.

Humans get hypothermia if our body drops by 2 C, so this may seem dangerous. But baby mice are remarkably cold-tolerant. Their body temperature can drop almost to freezing for hours, warming up again when their mother returns.

Our research leads us to believe that high-altitude mice conserve their energy use for growing, rather than staying warm. The combination of cold and low oxygen means that most mammalian babies (from humans to rats) can’t grow properly at high altitude.

The deer mouse is able to survive to adulthood at high altitudes because of its ability to slow down metabolic activity and conserve energy. Since this is the exact opposite strategy used by adult deer mice, our work highlights how important it is to study young animals if we want to understand how a species has evolved.

Cayleih E. Robertson is a postdoctoral fellow in Comparative Physiology and a McCall MacBain Teaching and Leadership Fellow at McMaster University. This article is republished from The Conversation under a Creative Commons license. Read the original article.

The university moved up three positions in the international rankings and placed first in Canada for impact on good health and well-being.