Can America survive the re-election of Donald Trump? 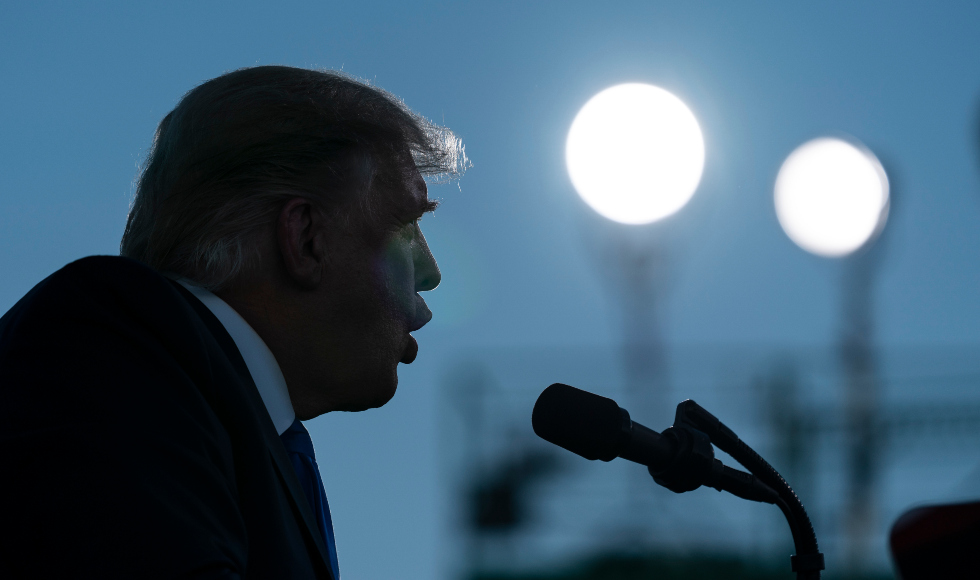 BY Henry Giroux, Department of English and Cultural Studies

The 2020 presidential election may be one of the most significant and far-reaching events of the 21st century. The stakes almost defy comprehension — suggestive less of a competition over who will become the president of the United States, but whether people will vote to either retain the ideals and promises of an already wounded democracy or to sanction a further slide of American society into the abyss of authoritarianism.

Noam Chomsky has argued that Donald Trump represents not simply a threat to democracy, but to the planet itself. Chomsky situates the possible re-election of Trump within an era that he terms “the most dangerous moment in human history owing to the climate crisis, the threat of nuclear war and rising authoritarianism.”

The editorial board of the New York Times argues that Trump’s “re-election poses the greatest threat to American democracy since World War II.”

Many other pundits and commentators believe Trump will not only refuse to address these threats to humanity, but will exacerbate them. Yet the focus shouldn’t be on Trump alone, because that risks personalizing politics in such a way as to lose sight of the conditions that made Trump’s political career possible in the first place.

The fear of emerging fascism in the United States is not without foundation. Since the 1980s, American society has taken on the appearance of a failed state. All the signs are in full view and have been made more visible in the midst of the COVID-19 crisis: widening inequality, widespread alienation, the collapse of civic culture, the dismantling of the social contract, long-standing systemic racism and ballooning civic illiteracy, among other forces.

As democratic values were replaced by market values, public assets were strip-mined in order to serve private interests while enriching the financial elite and further decimating the hopes, dreams and security of the middle and working classes.

The bonds of trust and solidarity have been replaced by the bonds of fear, suspicion and a growing culture of bigotry. All of these have deepened among the American public a growing sense of anxiety, social atomization and powerlessness.

With the rise of the corporate-controlled social media that functioned as a disimagination machine that accelerated a culture of distraction, language has succumbed to the esthetics of vulgarity. Drained of civic values and lacking a commanding vision, the institutions of liberal democracy atrophied, further undermining civic literacy, historical memory and the capacity to discern the truth from falsehoods.

The underlying forces that created the conditions for Trump to win the presidency became more visible after 2016. In the midst of both an economic and a health crisis, he has sowed social divisions and resurrected the discourse of racial cleansing and white supremacy.

Not only has he refused to criticize racist groups like the Proud Boys, Trump has elevated himself to the defender of a white supremacist notion of white America. He has defended maintaining Confederate monuments along with their insidious values, and has criticized NASCAR for removing the Confederate flag from its racing events. He has used his rallies to fan the flames of racism and bigotry while putting the lives of his followers in danger by refusing to abide by restrictions designed to stop the spread of COVID-19.

Trump has also enacted a range of regressive policies, with the help of a syncophantic Republican Senate. He has accelerated and expanded the conditions leading to extreme inequality in wealth and power, revelled in his role as a pathological liar, enriched himself in violation of the emoluments clauses in the U.S. constitution, falsely claimed an epidemic of voter fraud, lied about the seriousness of the pandemic and failed miserably in addressing the COVID-19 crisis that has claimed the lives of more than 220,000 Americans.

Trump has also weakened American institutions. As Stephen Eric Bronner of Rutgers University observes, the president has “trampled traditional political and constitutional norms, and — perhaps most important — reorganized once independent state institutions to serve his needs.” Drawing on a fascist playbook, Trump believes he is above the law and that his immunity from it is central to his wielding of power.

And yet, in spite of this long list of political, cultural and economic horrors, more than 40 per cent of the American population still support Trump.

What if Trump wins again?

What lessons are to be learned about the United States if Trump is re-elected?

One key lesson is that democracy is fragile and without the proper institutions, values and social connections that make it possible, it can give way to updated modes of authoritarianism. A Trump victory on Nov. 3 would prove it.

Trump’s re-election would represent a deliberate U.S. turn towards authoritarianism stemming from a loss of vision and a belief that there’s no alternative to America’s brutal form of capitalism. According to this logic, all problems are a matter of individual responsibility and there is no way to change the current socio-economic-political order.

The existing depth and wide-ranging influence of such views among the American people is in part due to a conservative, hermetically sealed disinformation media ecosystem. As democratic institutions wither alongside the public spaces that nourish critically engaged citizens, limited political horizons become normalized along with a diminished sense of hope.

Under Trump, the degradation of language reinforces the late Italian philosopher Umberto Eco’s remark that education plays a role in fascism. Eco noted one of the central features of what he called “Ur-Fascism” was its undermining of civic literacy through fascist schoolbooks that “made use of an impoverished vocabulary, and an elementary syntax, in order to limit the instruments for complex and critical reasoning.”

Trump is the outcome of the past

Trump represents a distinctive and dangerous form of American-bred authoritarianism. But condemning him for this isn’t enough if we are to understand the forces at work in Trump’s potential re-election and the slide of the United States into the pit of fascism.

Trump is the outcome of a past that needs to be remembered, analyzed and engaged for the lessons it can teach us about the present.

His attacks on democracy, his alignment with corrupt and ruthless dictators and his willingness to sacrifice social needs and human lives to the cruel script of raw power and a ruthless market-driven society should force us, as global citizens, to ask questions we have never asked before about capitalism, power, politics, the demands of citizenship, the purpose of education and civic courage itself.

There will be no real movement for real change in America without addressing a revolution in consciousness, one that makes education central to politics.

Americans can survive Trump — and even a second term of Trump — if they resurrect a language of critique and possibility, one that draws from history and provides the economic, cultural and political conditions to lift the U.S. out of the present-day socio-political morass.

Americans need a vision they can fight for, not just a fear they can overcome.

Henry Giroux, is the Chaired professor for Scholarship in the Public Interest in the Department of English and Cultural Studies.