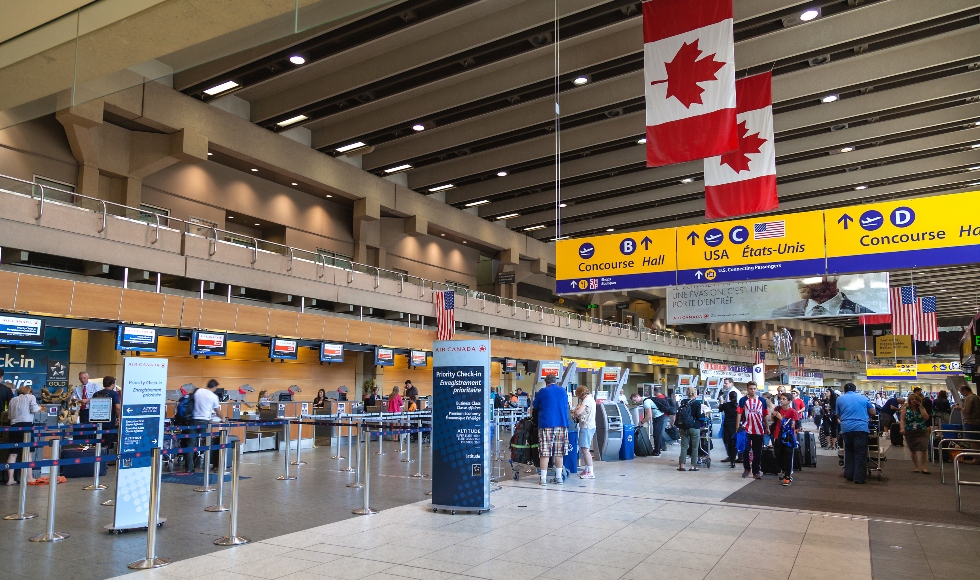 Canada’s announcements about its border have not left international students with a sense of security. Photo by Shutterstock

Canada’s border closure announcements have thrown international students and other foreign nationals on a roller coaster of anxiety that jeopardizes many people’s sense of wellness and security.

However, on March 16, Prime Minister Justin Trudeau announced that Canada will take aggressive measures to limit the spread of COVID-19. He said Canada would deny “entry to Canada to people who are not Canadian citizens or permanent residents,” except Americans.

This announcement raised concerns about why Canada chose to keep its border open to Americans since the United States is Canada’s top source of international tourists: in 2015 more than 22 million Americans vacationed in Canada.

Then, two days later, on March 18, Trudeau announced that U.S. travellers will no longer be permitted to cross the border for “recreation and tourism,” saying that in both countries, citizens are encouraged to stay home.

But both in the short term, as officials at many levels respond to changing circumstances and messaging, and over the longer term, as our society adapts to the pandemic, it’s far from clear that Canada’s announcements will provide international students or temporary foreign workers with a sense of security.

Some international students or temporary residents at the border were blocked from coming back to Canada on Monday, Radio Canada reported.

And, on March 18, the Government of Canada officially published a list of people who are exempted from this measure. However, this list does not explicitly mention whether international students or temporary foreign workers are allowed to return to Canada if they are currently abroad.

It is important to understand how temporary residents — those without permanent residency — such as international students, temporary foreign workers and other precarious status foreigners who have been legally living, studying and working in Canada for months or years — have been affected by these announcements.

Research conducted in Ontario shows that it is important to pay particular attention to how living with precarious legal status may impact the well-being and feelings of belonging and social support of children and families.

Will international students, foreign workers or the Canadian public now be wondering whether temporary residents have become disposable foreigners amid COVID-19 pandemic? Indeed, as they were not addressed in Trudeau’s initial announcement, they may be wondering whether their temporary resident status is worthy of Canadian state consideration and protection or it is an item that can be disposed of in times of crisis.

It is understandable that the federal government’s aggressive measures aim to protect Canadians and permanents residents of Canada. It is also clear that “we are in a fairly critical period” to slow the spread of COVID-19, as Canada’s Chief Public Health Officer Dr. Theresa Tam said.

And it’s more than clear that we should follow the federal government’s recommendations of social distancing to limit the spread of the virus.

However, talking about closing the border to those who have lived, studied and worked in Canada for months or years raises concerns about how we should help each other amid the COVID-19 pandemic while respecting human rights and dignity.

As the United Nations High Commissioner for Refugees recommended, states are of course entitled to take measures to ascertain and manage risks to public health, including risks that could arise in connection with non-nationals arriving at their borders. Such measures must be non-discriminatory as well as necessary, proportionate and reasonable with the aim of protecting public health.

South Korea, for example, has been recognized for implementing efficient testing, quarantine and tracking measures to slow the spread of COVID-19 without implementing a lockdown.

What protection and relief measures can international students and temporary foreign workers expect from the federal government as conditions surrounding the pandemic change?

The federal government has, after all, announced that no Canadian should be worried about rent payments, groceries and additional child care because it will help Canadians financially during the COVID-19 pandemic.

The prime minister’s announcement of Canada’s border closure to all foreigners may have had a significant impact on the mental and physical health of international students who are temporary residents in Canada, and have been living and working in the country.

Students’ health and wellness may have been affected by knowing that if they leave the country, they will not be able to come back to continue their studies, research or work. This may also impact the Canadian economy.

Amid the COVID-19 pandemic, Canada has shown compassion to the most vulnerable people. For instance, the federal government halted deportations of precarious status foreigners with the exception of serious criminal cases.

Even though it was corrected two days later, Canada’s decisions and messaging prompt us to reflect on how we should apply measures of social distancing that are not harmful to others and that still protect human dignity — and to consider how we should account for and help each other in times of crisis. We’re also prompted to think about how we should address popular concerns while remaining caring, thoughtful and welcoming to others.