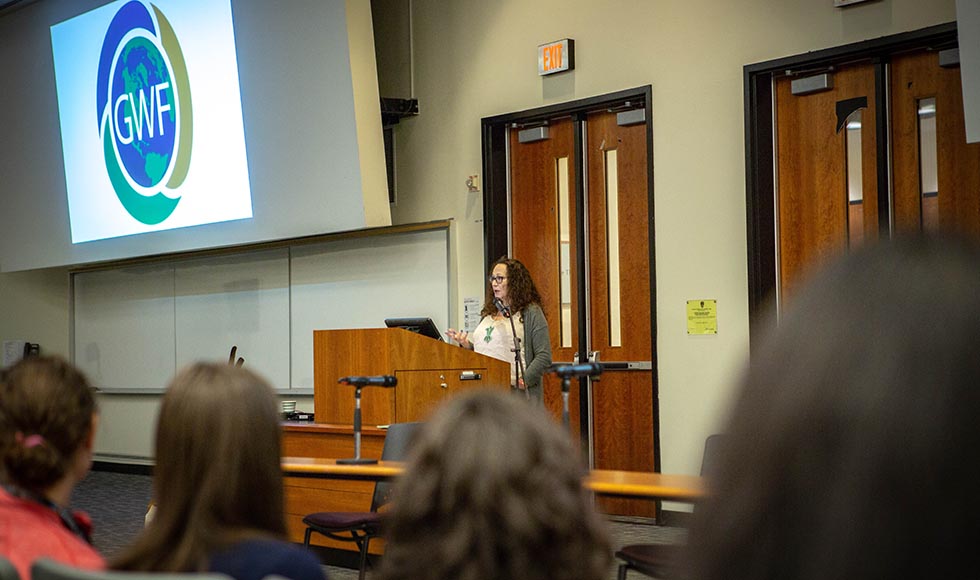 In what is believed to be the first major science gathering on a First Nation in Canada, researchers from across the country will come together June 3 – 6 for the inaugural meeting of Global Water Futures (GWF) on the Six Nations of the Grand River and at McMaster University to discuss critically important issues related to Canada’s freshwater resources.

“Already this season, we have seen record flooding in New Brunswick and British Columbia, wildfires across the West, drought in the southern Prairies and heat waves in Ontario that undermine the security of Canada’s water supplies and highlight the risk of extreme events due to climate change,” says John Pomeroy, Canada Research Chair in Water Resources and Climate Change at the University of Saskatchewan and Director of the Global Water Futures Program.

“It is for these reasons and many more that we are doing everything we can to better understand, predict and manage changes to our freshwater in Canada and around the world.”

Pomeroy says the inaugural science meeting of the GWF program is a chance for hundreds of people to come together and discuss the latest research, future scenarios, and solutions to protect and manage this precious resource.

He says the meeting will also include the unveiling of a national flood forecasting and prediction strategy for Canada, “to help us better deal with the impacts of climate change.”

GWF is the largest university-led freshwater research program in the world and includes hundreds of scientists and staff from 15 universities across Canada.

“Collectively, we need to understand and address every aspect of water quality in Indigenous communities,” says Dawn Martin-Hill, associate professor of anthropology and holder of the Paul R. MacPherson Chair in Indigenous Studies at McMaster University. “GWF is supporting Indigenous ecological knowledge and integrating western science with Indigenous ways of knowing. Their leadership with First Nations is critically important if we are going to solve water issues in our communities.”

Martin-Hill says the numbers are staggering, as recent analysis of water security and climate change in Indigenous communities shows that up to 72,000 people may have been affected by drinking water advisories in First Nations at the start of 2017. In 2016 alone, 133 boil water advisories in 90 Indigenous communities were issued that affected over 50,000 people across the country.

“To say it’s unacceptable, would be a serious understatement,” she says.

Media are invited to join top scientists from across Canada and around the world who will be available to answer questions on some of the biggest issues facing the planet today.

The meeting moves to McMaster University on the morning of June 4th before returning to Six Nations for the rest of the day.

The remaining two days of the meeting will take place at McMaster University.

Global Water Futures is a seven-year, University of Saskatchewan-led research program established in 2016 and funded in part by a $77.8-million grant from the Canada First Research Excellence Fund.  With external funds, its budget now exceeds $170 million.

The research goal is to transform the way communities, governments and industries in Canada and other cold regions of the world prepare for and manage increasing water-related threats.

The program is developed and funded in part by three key partners—the University of Waterloo, McMaster University, and Wilfrid Laurier University—and includes hundreds of faculty, researchers and support staff at 15 Canadian universities, with 210 partners. For more information, please visit www.globalwaterfutures.ca