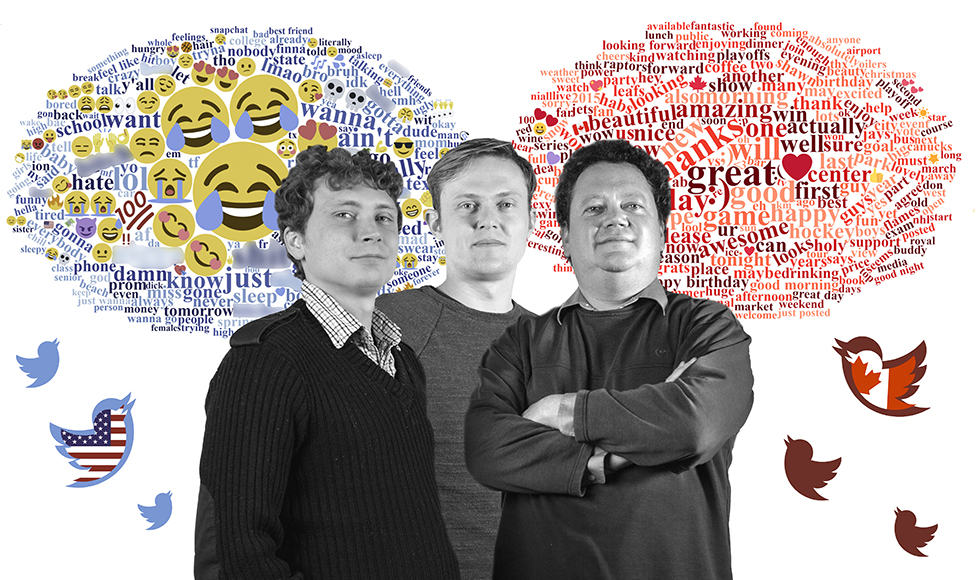 A new study examining differences in the language used in nearly 40-million tweets suggests national stereotypes—Canadians tend to be polite and nice while Americans are negative and assertive—are reflected on Twitter, even if those stereotypes aren’t necessarily accurate.

Linguistic experts from McMaster University used Twitter, one of the world’s most popular social media platforms, to better understand national identity on a mass scale and where stereotypes might originate.

The researchers isolated the words, emoticons, and emojis used most disproportionately on Twitter by individuals from each country.

The findings, published online today in the journal PLOS ONE, suggest national stereotypes are grounded –at least partially—in the words we choose. The work builds on earlier research from 2016 when the same team analyzed 3 million tweets.

“The most distinctive word choices of Americans and Canadians on Twitter paint a very accurate and familiar picture of the stereotypes we associate with people from these nations,” says Daniel Schmidtke, co-author of the study and a post-doctoral researcher at McMaster.

“But when we put all the data together, it suggests that something more complicated is happening,” he says.

The wrinkle is that other studies which have surveyed large numbers of Canadians and Americans have consistently shown that such national stereotypes are not accurate. There isn’t any hard evidence to support that an average American’s and average Canadian’s personality traits are different.

To explore further, they exposed study participants to the most typical words and emojis from each nation. The participants were not told anything about how the words were chosen. They were then asked what the personality traits were of someone who often uses the most American and most Canadian words and emojis.

The team argues that their results show an identity construction strategy in action: Canadians and Americans may create their national character stereotype through their language use.

In future, researchers hope to compare other stereotypes between people in different sets of countries.