Chair of Oncology inducted into Order of Canada 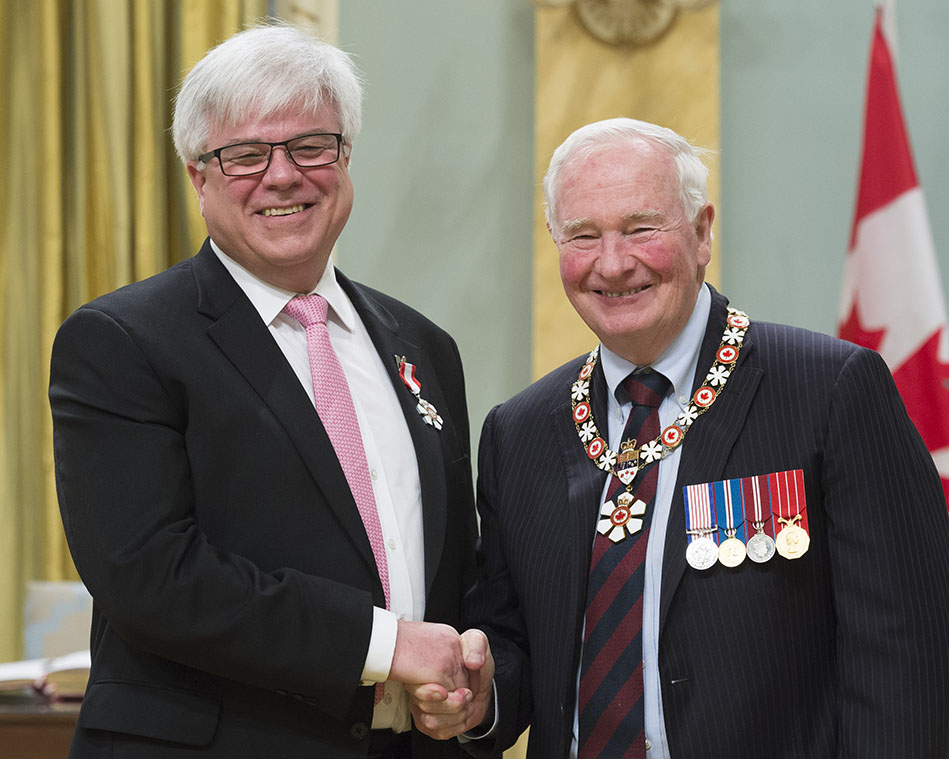 A renowned breast cancer researcher and Chair of Oncology at the Michael G. DeGroote School of Medicine has been inducted into the Order of Canada.

Mark Levine was inducted as a Member of the Order May 12 by Governor General David Johnston in a ceremony in Ottawa.

Throughout his career, Levine has been an active researcher in clinical trials and health services research. His focus is in the areas of breast cancer and venous thromboembolism. Numerous clinical trials he has conducted have impacted health care in Canada and internationally.

A first-generation Canadian, Levine told the Hamilton Spectator that his parents were extremely excited about the investiture, which was announced last year.

“My mother made the most deal…she said there was a reason for her to have left Poland, so her son could get the Order of Canada…she cried.”