Cleaning up Great Lakes not only possible, but good for the economy 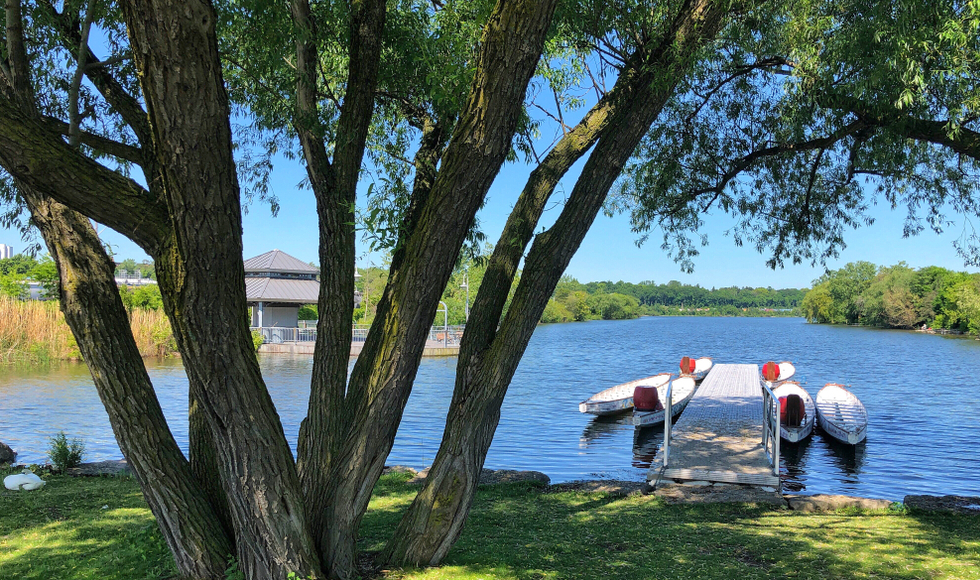 In a summer characterized by toxic algae blooms and high levels of E. coli at Hamilton beaches, a McMaster engineering professor is a co-editor of a hopeful report that shows the economic and community benefits of addressing water pollution around the Great Lakes.

The report, Great Lakes Revival, documents case studies of communities in the United States and Canada that had been identified as Areas of Concern by the Great Lakes Water Quality Board of the International Joint Commission in 1985. Out of 43 AOCs, the report highlights the successes of 10, including four in Canada: Collingwood Harbour, Hamilton Harbour’s Randle Reef, Severn Sound and Toronto Harbour.

Gail Krantzberg, a professor in the W Booth School of Engineering Technology, contributed the case study looking at her work with the city of Collingwood, on Georgian Bay, and its 10-year transformation from a century-old shipbuilding centre to a key destination for both tourism and housing.

When Collingwood was identified as an AOC in 1985, high levels of phosphorus from the local sewage plant was turning the town’s harbour into a “cesspool of green stuff” each summer, explains Krantzberg. Combine those seasonal algae blooms with invasive purple loosestrife in the surrounding wetlands, flood control methods that had destroyed fish habitats, and an industrial brownfield, and Collingwood’s harbour was an opportunity for economic development waiting to happen.

Working closely with the community, Krantzberg and other researchers worked to introduce new technology to the sewage treatment plant that better captured phosphorus before it got into the harbour. They mobilized community volunteers and systematically eliminated purple loosestrife from wetlands. They re-naturalized Black Ash Creek, turning it from a straight flood-prevention channel back into a meandering, curving tributary capable of supporting fish habitats.

And finally, they worked with real estate developers to transform the shipyard brownfield into a mixed-use waterfront development with more than 600 homes.

In all, Krantzberg says, the project cost about $3 million – and the town now brings in almost $1 million per year in property taxes and non-tax revenue.

And those kinds of economic benefits are seen around the Great Lakes, as cleanups continue in the U.S. and Canada. The study shows that, in Hamilton, an investment of $139 million to clean up contaminated sediment in Randle Reef will eventually result in $245 million in economic and social benefits, as well as enabling other projects that, once completed, should realize almost $1 billion for the Hamilton economy.

“The purpose of the report is to tell our political leaders that by investing in the Great Lakes clean-up you’re creating jobs and you’re regenerating the economic wealth of the region,” says Krantzberg. “This is not a ‘nice-to-have, let’s fix the environment when the economy is good’ – this is growing the economy by investing in clean, healthy water.

“Investing in the Great Lakes is an investment in the economy.”

(Below) Gail Krantzberg explains the science behind blue-green algae blooms.