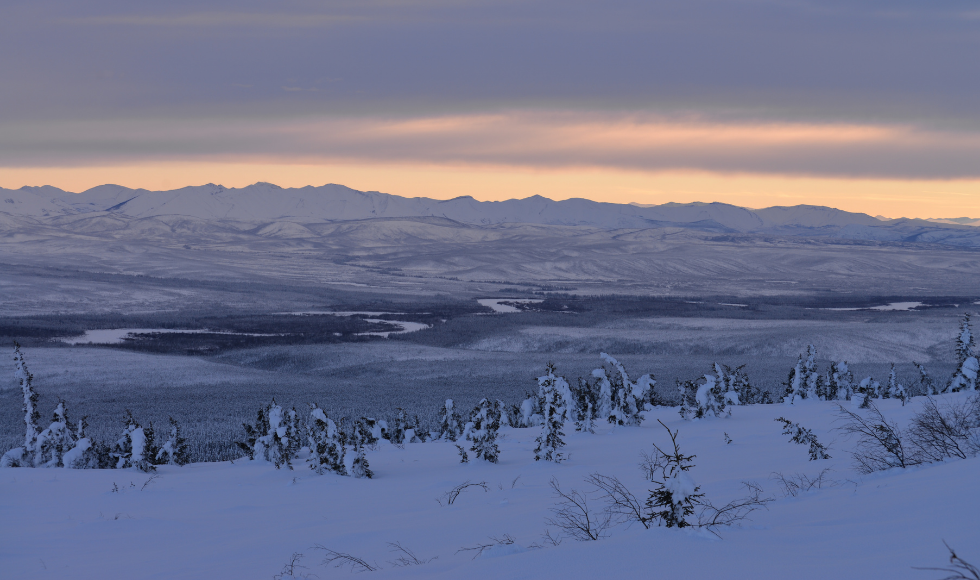 Sean Carey has spent nearly three decades studying the drastic impact of climate change on water levels, land and communities in the Yukon.

Carey, a professor in the School of Earth, Environment and Society and director of the Watershed Hydrology Group, will be presenting his findings as part of the Lager Lecture Series.

His talk ‘How the North is Changing and What Does it Mean’ will draw on his observations and study from his time in the Yukon and from what he has learned from the Indigenous communities living there.

The talk will take place on April 6th at 7:00 p.m. Interested participants can register here.

Sean Carey, a McMaster researcher who spends three months a year in the Yukon, has seen the far north change before his eyes.

A professor in the School of Earth, Environment and Society and director of the Watershed Hydrology Group, Carey has spent part of every year in the territory for nearly three decades, observing changes to the environment and listening to people whose lives are the most impacted by those changes.

“The Yukon does not look like it used to. The environment has completely changed,” he says. “It’s at the point where almost every year you notice it. It’s warmer and it’s gotten wetter. You can feel it.”

Carey first arrived in the Yukon in 1995, as a PhD student. A helicopter dropped him off in the middle of the bush.

“I had to build a tent and start my study — essentially it was, ‘Live here in a tent from April to September and tell us what you see,’ ” he recalls.

Then and now, he’s been motivated by the limited understanding of how climate change affects northern regions.

“We look at ecosystem changes from a water, climate, ecological and chemical perspective,” he says. “Essentially, we’re asking: how is the north changing and what does it mean?”

The answer comes, in part, from the people who live with those changes every day.

Local Indigenous communities have always played a role in his work, Carey says, but over time the relationship has become more closely connected. Not only are they sharing knowledge, but they are also guiding his research.

“Some of the questions we are tackling are ones identified by local communities. They are experiencing it firsthand. They are the ones most deeply affected by changes,” he says.

“Indigenous cultures have an oral tradition. There’s a lot of storytelling, sitting around a fire, and chatting. Their perspectives and observations are incredibly valuable and there’s a lot to learn if you take the time to listen.” A single query from the community can spawn several questions and areas of research for Carey and his students.

For example, one community near Dawson is concerned about the permafrost thawing and the subsequent release of naturally occurring contaminants like uranium and arsenic.

The thawing affects groundwater and stream water quality, and potentially the people and animals that rely on it. That in turn raises questions about food security. It also affects infrastructure, as existing roads become more expensive to maintain from collapsing permafrost.

“Things are so ecologically connected. This affects one thing, which affects something else and suddenly something so incredibly critical is affected,” Carey explains. “Every time we study one part of the environment, whether it be water levels, quality or vegetation, it just enlightens something else.”

Understanding changes and connections is what makes research like his so important. Studying them over decades helps us anticipate what further impacts we may see.

Carey and PhD candidate Erin Nicholls are giving a presentation on Thursday Feb. 3 on cold-region hydrology and what it means with climate change in the north.

Reminder to register for the Yukon SCOPe talk on the past, present, and future of hydrological research in #wolfcreekresearchbasin on Feb 3rd – email scope@yukon.ca to save your spot! Hope to see you there! @mac_watershed pic.twitter.com/uPc9DeOPFo

The presentation is based on their observations at Wolf Creek Research Basin, one of only a handful of long-term hydrological research basins in northern Canada.

More about Sean Carey: ‘It’s shocking to see how fast these mountains are changing’

“One of the cool things about being the kind of scientist that I am is that it’s very cumulative. The more you do this kind of stuff, the more you see and the more inferences you can draw,” Carey says.

“Having spent the last three decades working in Yukon, studying these processes, and hearing from those experiencing it every day, it is critical to maintain long term measurements to document and guide adaptation strategies to the changes that are occurring.”