Analysis: Contrary to popular belief, Eastern Canada is more at risk of earthquakes than perceived 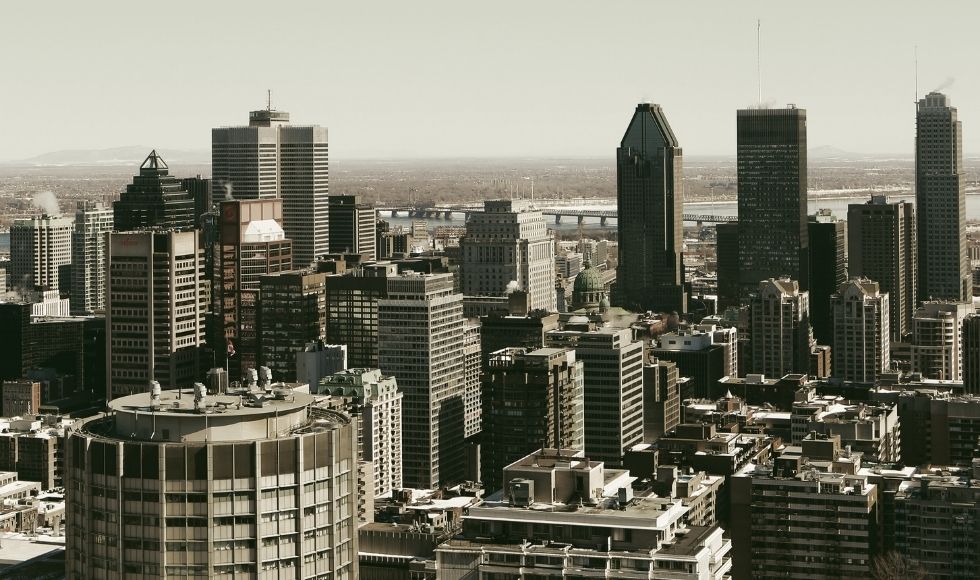 Cities in Eastern Canada, like Montréal, are at risk of damage from earthquakes. (Life-of-Pix/Pixabay), FAL

Most Canadians believe that the greatest national risk of a devastating earthquake lies in British Columbia.

The whole Pacific northwest coast, with its rugged topography and history of the San Francisco and Los Angeles earthquakes farther south, is what typically comes to mind when we talk about the “big one” that has yet to hit. We want to change that perception while there’s time.

A closer look at the complex factors at play, both under and on the Earth’s surface, shows that some of the worst risk is actually where Canadians are probably least expecting it: in a zone running from the Great Lakes to the St. Lawrence River that includes major cities like Toronto, Hamilton, Ottawa, Montréal and Québec City.

It’s true that the same faults that put California and parts of the West Coast of the United States at risk also make B.C. a serious earthquake concern. The notorious “Pacific Ring of Fire,” where massive tectonic plates are constantly threatening to reshape the landscape as they shift, collide and overlap, is aptly named.

It’s safe to say coastal B.C. has a culture of earthquake readiness. People on the West Coast are much more aware and better prepared. They are familiar with emergency protocols, and many keep a survival kit handy in case a quick exit becomes necessary. Seismic monitoring is abundant, and far more buildings are designed or retrofitted to mitigate the potential for serious earthquake damage.

This is not the case in southern Ontario and southwestern Québec, even though the risk is significant as more than half of Canada’s population lives in this vulnerable corridor. What is the source of this complacency?

It likely has to do with the type of risk. In Eastern Canada, the threat is not directly from the interplay between plates of the Earth, as it is in the west.

In Ontario and Québec, the risk is from the less sexy but still deadly intraplate activity — seismic activity that occurs in the middle of tectonic plates which are not directly associated with plate boundaries.

Intraplate areas also have faults. Some, dating as far back as the formation of the continents, can be reactivated under certain stresses, such as when pressure on the edges of plates thousands of kilometres away push on them, causing them to move.

Lines of weakness dating back millions of years can become hazardous once again when new stresses come into play.

When the last of the glaciers receded about 11,000 years ago, for example, their massive weight left the Earth’s surface dented. That’s a long time to us, but it’s a snap of the fingers in geological time. In places where the ground has not yet “popped” back into place, it is overdue to do just that, potentially violently pushing people, buildings and infrastructure out of the way.

Earthquakes happen all the time in Canada. There are about 4,000 every year, most of them too small or too remote to notice. But from time to time, there are much stronger quakes. A disproportionate number of those have happened in Eastern Canada, especially in the Ottawa Valley and western St. Lawrence Valley, in seismic zones that include Ottawa, Montréal and Québec City, but also farther west, in the highly populated seismic zones of the lower Great Lakes.

We are not the first to suggest these hazards in Ontario and Québec need more attention, but our recent research confirms these risks are real and the threat is imminent.

In Canada, there isn’t a very long record of instrument-recorded seismological activity, especially in the eastern region, but we do have abundant physical evidence of significant earthquakes from the past, which still remains the best predictor of future events.

The bottoms of major lakes in Ontario and Québec, for example, provide a significant and still visible record of sediment upheaval that could only have been caused by major earthquakes long before human settlement.

As scientists we feel bound not to panic anyone unduly. At the same time, we feel a duty to offer warnings where they are needed, and this is certainly one of those instances.

The risk in Eastern Canada has less to do with magnitude, which can be measured on the familiar Richter scale, and more with vulnerability. A lower magnitude quake that strikes in a vulnerable area, such as a densely populated city like Montréal, can still be catastrophic, especially if it happens at the wrong time of day, such as rush hour or in the middle of the night.

Predicting the timing of earthquakes is still beyond the reach of science, and even if we knew precisely when and where a quake was coming, there would still be nothing we can do to stop it.

What we can do is take action to mitigate harm from seismic events through infrastructure design, pinpointing more specific areas of heightened risk through research and making sure that resources, including insurance, are available for recovery.

In Canada, most of the anticipation of big earthquakes focuses on the Pacific coast. We’d like everyone to add the Great Lakes and the western St. Lawrence region to that mental file — and to be ready.

Jeremy Rimando, is a postdoctoral research fellow, structural geology and tectonics, and Alexander Lewis Peace, is an assistant professor of structural Geology. This article is republished from The Conversation under a Creative Commons license. Read the original article.