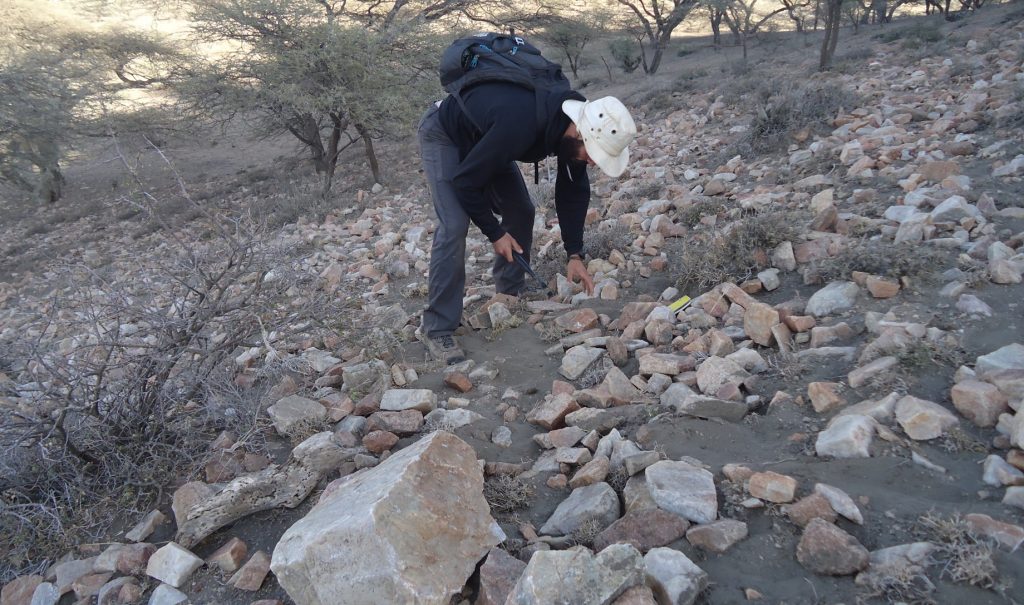 An international team, including Canadian researchers from the University of Calgary and McMaster, has discovered stone tools in Tanzania dating back two million years, the oldest evidence of human activity in what is known as the Cradle of Humankind.

East Africa is the prime region for human origins research because it contains an extraordinary record of human fossils and stone artifacts, spanning millions of years.  Scientists have been unearthing hominin fossils there for more than a century, but questions have lingered about the environments in which early humans lived.

In a new study published today in Nature Communications, the researchers describe a large collection of stone tools, fossilized bones and other significant finds from the relatively unexplored western portion of the ancient basin of Oldupai Gorge, a 45-km canyon located in northern Tanzania, dividing the Serengeti plains.

“This research sheds further light on our distant origins and evolutionary history.  The exposed canyon wall reveals two million years of geological history and ancient sediments have preserved the stone artefacts remarkably, as well as human and faunal remains,” says Tristan Carter, a professor of anthropology at McMaster who runs the lab where the stone tools were analyzed.

Researchers say the published data demonstrates that human ancestors occupied a variety of habitats — fern meadows, naturally burned landscapes and lakeside palm groves, for example — and adjusted to frequent environmental changes that occurred across eastern Africa during this period.

The concentration of stone tools and animal fossils are evidence that both human and animal life centred around water sources.

Carter and Julien Favreau, a PhD candidate in the McMaster’s department of anthropology, compared the chemical composition of the stone tools and determined the majority of rocks used to make them had been obtained 12 km away from the archaeological site.

“This indicates planned behaviour at an early stage in human evolution,” Favreau says.  “The artifacts are truly spectacular in terms of their age, but what they really show is that through time, human ancestors were occupying vastly different environments with only one tool kit.

“It really speaks to their behavioural flexibility and ecological adaptability.”

Julio Mercader, lead author of the study and an associate professor in the department of anthropology and archaeology at the University of Calgary, says geological, sedimentary and plant landscapes were changing dramatically and quickly at the time.

“These findings represent the earliest evidence for Oldowan hominins in this region and show that early humans utilized a great diversity of habitats as they adjusted to consistent environmental change,” Mercader says.

“Overall, this is a clear sign that humanity two million years ago was not constrained technologically, and already had the behavioral capacity to expand their geographic range, as they were ready to exploit a multitude of habitats within Africa and possibly beyond,” he says.

The research was conducted with partners in Africa, North America and Europe and was funded by a SSHRC Partnership Grant.

McMaster researchers have developed a new form of cultivated meat using a method that promises more natural flavour and texture than other alternatives to traditional meat from animals.

Birds sniff out potential mates who are genetically different

Not only do birds use body odour to suss out potential mates, they prefer the smell of partners who are genetically unrelated to them.