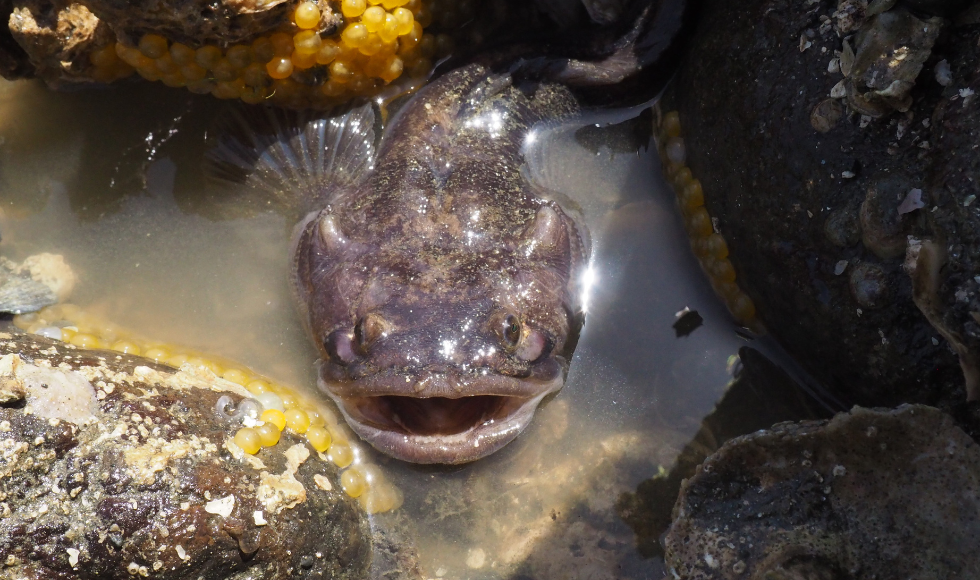 A team of researchers studying how boat noise affects ocean toadfish in their near-shore habitats found significant differences between fish behaviour in response to noise in the lab and in the field. (Photo by Mackenzie Woods).

As researchers work to understand how humans impact animals and their natural habitats, it’s critical that the data we use to make these assessments have ecological validity, says Sigal Balshine, a professor in the Department of Psychology, Neuroscience and Behaviour.

A team of researchers studying how boat noise affects ocean toadfish in their near-shore habitats found significant differences between fish behaviour in response to noise in the lab and in the field — differences that might have led strictly lab-based researchers in the wrong direction.

“Most studies on the impacts of noise have taken place in the laboratory, and very few have examined how the testing environment affects behavioural responses to noise,” explains Balshine, who co-supervised the work.

“Lab conditions usually don’t resemble an animal’s natural habitat and animals behave differently in captivity than they do in the wild,” explains Mackenzie Woods, a Master of Science student at the University of Victoria who works with Balshine. “These behavioural differences can lead to results in the lab that wouldn’t occur in the real world.”

In the lab, the nest-guarding male fish increased their defensive behaviour toward a simulated egg predator when boat noise was played. Even though they were only guarding empty nests, they stepped up their lunging, biting, grunting and growling, and aggressively displayed their pectoral fins to make themselves look bigger and more threatening.

In the field, though, the fish were even more active in the face of egg predators, but it turned out that the amount of noise didn’t make a difference to their care behaviour.

The findings have recently been published in the journal Animal Behaviour.

“Our results highlight the urgent need for more field studies and for studies that pair and compare laboratory versus field results to quantify and mitigate the potential harm caused by noise pollution to organisms in coastal environments,” says Woods. “By making both the testing environment and the noise stimulus equivalent to what these fish are exposed to naturally, we hope to improve our understanding of how human-made noise is affecting fish in the wild.”