Even in 2020, a double standard is still applied to women in the spotlight 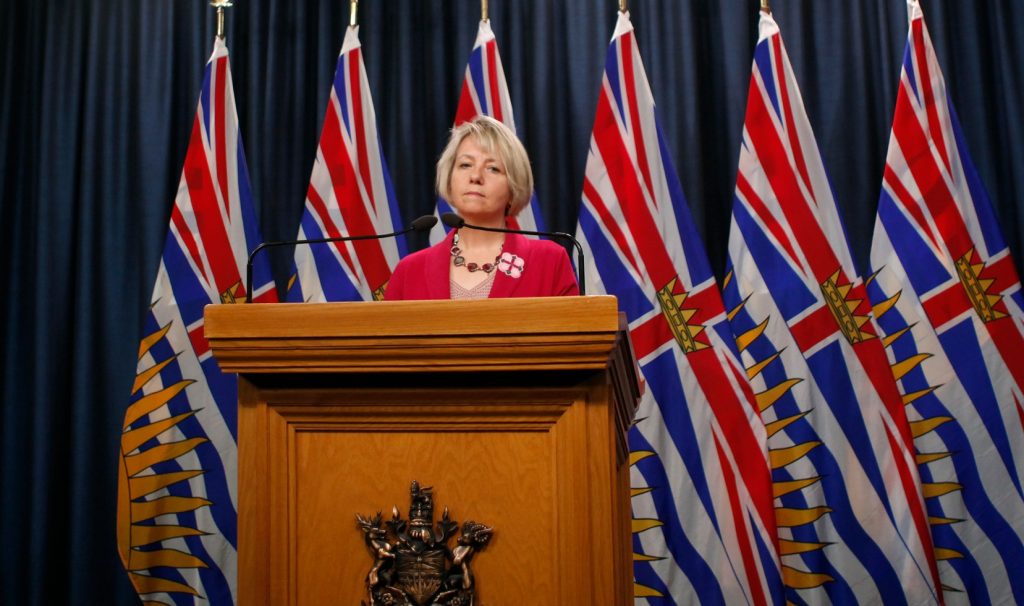 We are wrong to think the Trump era of attacks on women’s leadership, credibility and character is new, or even isolated to a polarized political climate south of the border.

Women’s leadership, especially as a voice for change, is considered by some to be barely tolerable: from Shirley Chisholm, Hillary Rodham Clinton and former Australian prime minister Julia Gillard, to the latest attacks on vice-presidential nominee Kamala Harris and the current stories about Governor General Julie Payette.

The forces resisting change rapidly mobilize, and character assassination — often wielded anonymously — is too often the weapon of choice.

Even in the midst of a pandemic, when Canadians are exhorted to bring their best selves to the table and “be stronger together,” the double standard endures as witnessed by the recent personal attacks on British Columbia’s Chief Health Officer Bonnie Henry.

Viola Davis, the first Black actress to win an Emmy for Lead Actress in a Drama in 2015, recently spoke about the even higher stakes faced by women of colour:

What is seen as strong and proactive leadership from the normative group — typically white and male — is decried as strident and overly demanding in reference to others whose appearance or background does not fit the norm.
This is not an issue confined to the high stakes platforms of politics and Hollywood: schools and universities are not immune.

The intransigence of the French Academy of Sciences that ensured Marie Curie was never elected to the academy, despite winning two Nobel prizes, is well-known.

What is less known is the accompanying vilification and anti-Semitism in the press that painted her as a foreigner and atheist and incited a mob outside the home she shared, as a widowed mother, with her two young daughters.

Nearly 100 years later, on June 4, 2020, the publishers of Angewandte Chemie, one of the leading journals in chemistry research, had to rapidly distance themselves from a paper they had published by a Canadian academic, citing his use of “offensive and inflammatory language aimed toward people of different genders, races and nationalities.” The larger question is how, in the first place, did such a biased opinion piece make it through peer review, past senior editors and into a top-tiered journal whose mandate is the publication of scientific results?

There is a common thread. The problem is more than just trolls blocking passage over the bridges of leadership. In mainstream platforms, the problem is exacerbated by inadequate independent investigation and peer review, disregard for fact verification, the failure of effective editorial oversight and an increasing “tabloid” culture that manifests as a vested interest in negative or controversial stories “that sell.”

At current rates of progress in academia it is predicted that gender parity will take 60 years for math and 258 years for physics. Progress for other under-represented talent pools is even more glacial. Progress will continue to be slow as long as mainstream platforms propagate the attacks and double standards.

We hold a collective responsibility. As United States Senator Elizabeth Warren notably said: “You don’t get what you don’t fight for.” It is well past time for us all — whether in media and journalism, politics, arts and entertainment or academia, to demand better.

We must take a hard look at societal attitudes towards leadership. To tackle the pressing challenges of our nation and the world, we need leadership that reflects the full diversity of excellence — inclusive of gender, sexual orientation, race, culture and language.

Our ability to recruit and retain breadth of leadership is undermined when women in power, and diverse leaders in general, are still so readily subjected to personal attacks and to being labelled as “unruly,” a “negative influence,” or as under-qualified or unfit for service.

Now more than ever, the extent that women in positions of leadership are subjected to a double standard that is not present when male leaders are assessed should be a question every one of us, and in particular every thoughtful educator, journalist and media organization asks themselves. Recognizing the patterns and double standards is the first step in committing to fight and eliminate them.

Richard W. Pound, lawyer and former vice-president of the International Olympic Committee, contributed to the authorship of this article.

'Homeless Jesus' exemplifies how faith-based organizations can use public art to communicate religious ideas in a respectful and accessible way.