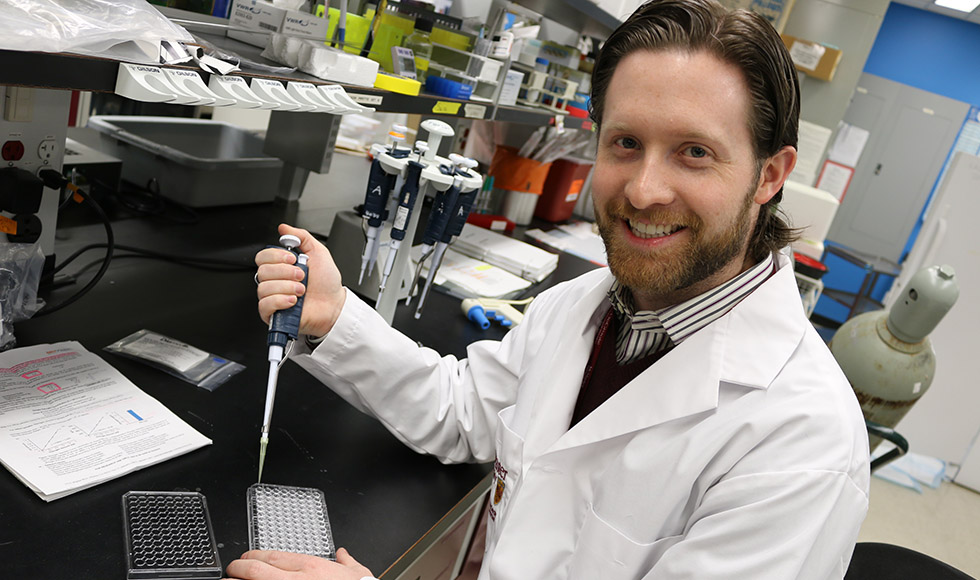 Researchers from McMaster University and the University of Buffalo have developed an experimental new vaccine which can provide significantly better protection from seasonal flu and could be a bridge to long-lasting universal vaccines in the future.

The vaccine platform, described in the journal Proceedings of the National Academy of Sciences, addresses major limitations of current influenza vaccines, which must be reformulated each year to fight new iterations of rapidly evolving flu viruses.

Seasonal vaccine efficacy varies significantly depending upon the match between the predicted and circulating strains, which are constantly changing. If the match is off, the protection afforded by seasonal vaccines declines substantially. As it stands, seasonal vaccines are 40 to 60 percent effective on average, according to the U.S. Centres for Disease Control and Prevention.

Most influenza vaccines are still produced in embryonated chicken eggs, a slow method that lengthens the process of vaccine production so the virus can also mutate within the egg to the point where it no longer matches the circulating strains it is meant to target.

In their paper, the researchers describe a new nanoparticle vaccine they have made using lipids that mimic a virus well enough to trigger an immune response. By inserting proteins from target viruses into those lipids, the researchers train the immune system to make antibodies that fend off those viruses.

Because the lipids generate a strong antiviral response, the immune system can better adapt to protect us even if the virus changes.

“We really need new technology to help improve the effectiveness of current seasonal vaccines, which are subject to a production bottleneck. Eggs are not the fastest possible way to produce vaccines, particularly if a new pandemic were to emerge,” says the study’s co-author Matthew Miller, an associate professor at the McMaster’s Michael G. DeGroote Institute for Infectious Disease Research. The institute is part of Canada’s Global Nexus for Pandemics and Biological Threats.

“Our vaccine was able to induce such a strong immune response that it was still able to protect even when the match wasn’t perfect,” he says.

“The results are very encouraging,” says the study’s senior author, Jonathan Lovell, associate professor of biomedical engineering at the University at Buffalo.

“Typically, flu vaccines contain either deactivated microbes that cause influenza, or they are based on weakened forms of the disease. The vaccine we’re developing is a recombinant protein nanoparticle vaccine that stimulates a strong immune response.”

The new vaccine is particularly significant because it is based on what researchers call a “plug and play” platform: it can easily be adapted to any viral protein to help the immune system seek and identify parts of a virus that are often hidden.

“When we grow a virus in cells or eggs, we get live virus particles that break apart, but on those live virus particles, the proteins are packed together tightly. In our vaccine, we can carefully control the density of what we put into it so that those proteins aren’t packed so tightly, making it easier for the immune system to find the piece of the virus we want it to see,” explains Miller.

Researchers also found the vaccine generated a “dose-sparing” effect, meaning much less material was required to produce maximum protection. A dose of the new vaccine would need only 1 per cent of the viral antigen required for a traditional seasonal vaccine, meaning a manufacturer could produce 100 times more doses from the same material.

“Any technology that allows us to have this dose-sparing effect or this increase in the strength of our immune response such that the amount of vaccine can be administered to more people is super important in terms of being able to roll out vaccines quickly,” says Miller.