Four McMaster professors named to the Royal Society of Canada 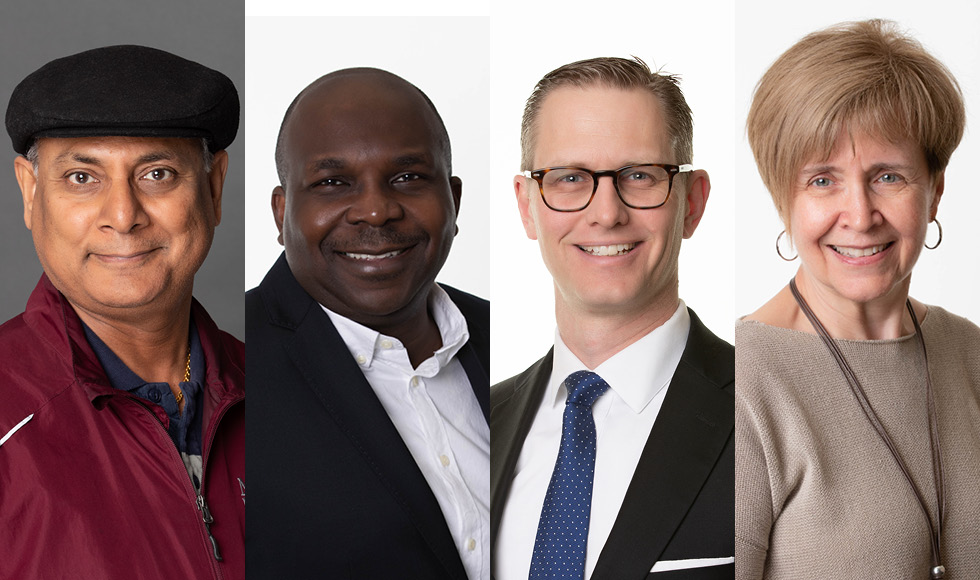 Three McMaster University professors have been elected to the Royal Society of Canada (RSC) as fellows, and one has been named to the incoming class of the RSC College of New Scholars, Artists and Scientists.

The RSC announced today that Narayanaswamy Balakrishnan, Bonny Ibhawoh, and Harriet MacMillan have been elected fellows, and Ryan Van Lieshout was chosen for the Royal Society’s college.

These appointments are considered among the most prestigious for Canadian academics. The fellows are elected by their peers for their outstanding scholarly, scientific, and artistic achievement. Members of the college are mid-career leaders who are helping address major challenges and new opportunities.

Narayanaswamy Balakrishnan is internationally recognized for his research of data analysis and applied probability, as well as his pioneering contributions in applied sciences and engineering, including analytical modelling, and the development of new applications. He has also written books on the theory and applications of statistics and has co-edited the Encyclopedia of Statistical Sciences.

“I am absolutely thrilled to receive such an honour and a recognition of my work,” said Balakrishnan, a distinguished university professor of the department of mathematics and statistics in the Faculty of Science.

Bonny Ibhawoh is the founding director of McMaster’s Centre for Human Rights and Restorative Justice. His ground-breaking publications have shaped human rights scholarship, while his policy contributions to global human rights led to his appointment as chair of the United Nations Expert Mechanism on the Right to Development.

“I’m honoured to have been named a Fellow by the Royal Society of Canada,” said Ibhawoh, who is also the Senator William McMaster Chair in Global Human Rights and a professor of history in the Faculty of Humanities.

“The RSC reflects an important commitment to sharing knowledge and expertise for the benefit of all. It is through communication and collaboration that we, as a society, will be able to address the global challenges facing us today.”

Harriet MacMillan is a pediatrician, psychiatrist and scientist who is internationally acclaimed for her research around the prevention of child abuse and intimate partner violence. She has led landmark clinical trials to better enable the identification, prevention and response to violence against women and children.

“I am greatly honoured to be elected to the Royal Society of Canada. I would like to express my deep appreciation to my clinical and research colleagues, whose talent and dedication have made this work possible,” said MacMillan, a professor of the department of psychiatry and behavioural neurosciences of the Faculty of Health Sciences.

“This special recognition is important in highlighting family violence as a major public health problem in Canada.”

Ryan Van Lieshout is the Canada Research Chair in the Perinatal Programming of Mental Disorders. His internationally recognized research focuses on how pregnancy and early postpartum exposures impact infant brain development and may increase the risk of psychiatric problems. His research into treatments for intergenerational mental illness has greatly improved the mental health of mothers and their offspring.

“It is an honour to have been elected to the Royal Society’s College of New Scholars, Artists and Scientists. I am fortunate to have worked with an extraordinary group of staff, students, and research participants who inspired this research and made it possible,” said Van Lieshout, an associate professor of the department of psychiatry and behavioural neurosciences.

The Royal Society of Canada, founded in 1882, elects both fellows and members, while also presenting awards to highlight exceptional achievements. A celebration event that will be both virtual and in-person in Montreal will be held Nov. 19 to welcome the new members.