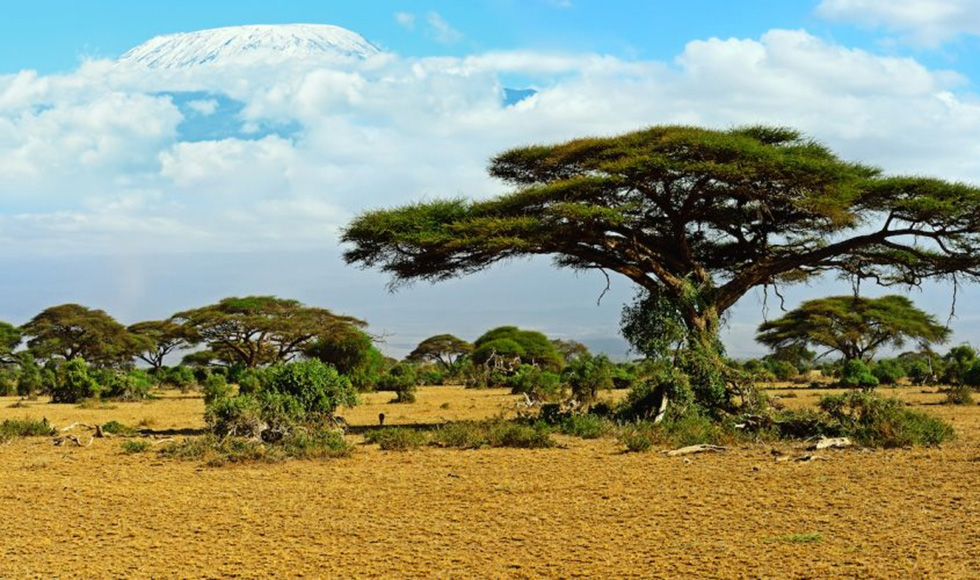 The Sahara Desert has long been considered a forbidding and impenetrable barrier to human migration from southern Africa, but new evidence suggests there were three brief intervals of time when it transformed into a vast green savannah which provided the ideal conditions for the early movement of ancient humans.

According to scientists at McMaster and the University of New Mexico, one of those intervals coincides precisely with the age of the oldest known remains of modern humans—dating back roughly 315,000 years ago—which were discovered recently by another team of researchers in Morocco.

The findings help to explain how humans emerged from southern Africa and eventually travelled to Asia and the rest of the world.

Sang-Tae Kim and Henry Schwarcz, both from McMaster’s School of Geography & Earth Sciences, with Mohammed El-Shenawy, a former graduate student who is an assistant professor at Beni Suef University in Egypt and is now with the NASA Johnson Space Center in Houston, studied a stalagmite from a cave in Egypt and found geochemical evidence of changes in climate in the past that caused rain to fall on this now arid region.

They teamed up with researchers in New Mexico to date the rainy periods.  Each of which turned out to match a part of the earth’s past history when glaciers had retreated from the northern continents.

“This study ties together many earlier indications that the Sahara had periodically turned green and shows how these events were connected to global cycles of climate change,” says Schwarcz, a professor emeritus.

One of these periods, dating back 335,000 years ago, match closely with dates for the Moroccan site.  The two other ‘green’ periods were also found to coincide in time with periods of archaeological change in the Middle East.

This is further evidence that periodic greening of the Sahara was needed to allow the hunter-gatherer humans to make their way out of the ‘cradle of humanity’ in East Africa, say researchers.

“I believe these findings have significant implications for various fields of science, including geology, anthropology and archaeology,” says Kim, an associate professor in the Department of Geography & Earth Sciences.  “This collaborative research is a good example of the university’s vision for global engagement.”

The findings were published online in the journal Quaternary Science Reviews.