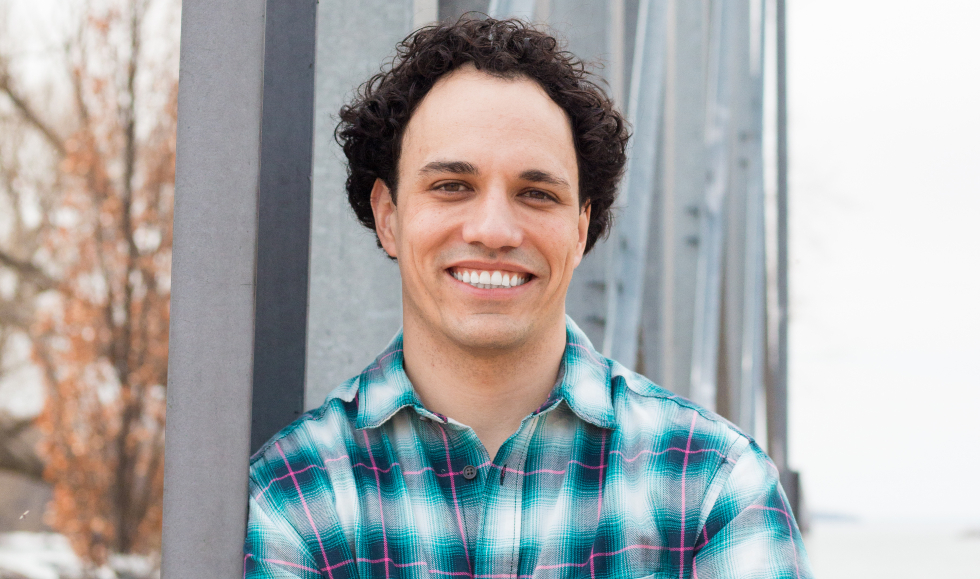 Allan Downey is an associate professor in McMaster’s Department of History and Indigenous Studies Department. His new fourth-year history class focuses exclusively on Indigenous historians and their work — something that’s unique in Canada, he says, and possibly in North America.

When Allan Downey posted the syllabus for his new fourth-year history class online, he didn’t expect it to go viral – but that’s exactly what it did.

“Well, it was viral for a tweet about a history class!” Downey, who is a citizen of the Dakelh Nation (Nak’azdli Whut’en, Lusilyoo Clan), laughs. “This one kind of blew up.”

His Twitter thread, listing the books he would assign to his students in “Indigenous History in a Decolonizing World,” was seen more than 200,000 times, was retweeted more than 500 times and got more than 3,000 likes.

“We’re attempting to decolonize and rewrite the accepted histories as they’ve been taught in the past,” Downey explains.

“A syllabus of only Indigenous historians is at the forefront of self-determination and sovereignty.”

While a fourth-year seminar is par for the course for an academic historian, the project that has perhaps been closest to Downey’s heart for the past two years has been a five-minute animated film called Rotinonhsión:ni Ironworkers, which he created with a former student, Carlee Loft. The film has been shown at several film festivals and in 2020 won Best Animated Short at the American Indian Film Festival.

“We wanted to make sure that this history [was accessible] to the communities that were part of it – so we wanted to go beyond academic articles and create something that would serve as a public history exhibit,” Downey said in an interview last year.

“We wanted a creative way to have a conversation about the importance of Indigenous sovereignty, self-determination and nationhood — something that left behind the scholarly jargon on scholarly articles and book.”

Both Downey’s class and the film are examples of resurgent histories, a concept that forms the backbone of his work. Established by Indigenous academics, knowledge holders and elders, the idea of resurgence focuses on Indigenous histories told from within the community as a powerful tool for self-determination and sovereignty — centreing Indigenous cultures, histories, governance systems and languages rather than colonial policies or violence.

“Resurgent histories can be used to rebuild Indigenous communities by bringing a renewed focus to ideas of governance, identity and nationhood,” says Downey. “Resurgence focuses on the Indigenous inside, rather than the colonial outside.”

Downey recently got to discuss that concept on the CBC radio program Ideas, where he shared his latest research on Haudenosaunee ironworkers in New York City. The show featured 25 minutes of the 2022 Woodrow Lloyd Lecture, which Downey delivered at the University of Regina in February, followed by 25 minutes of discussion.

Listen to Allan Downey on Ideas