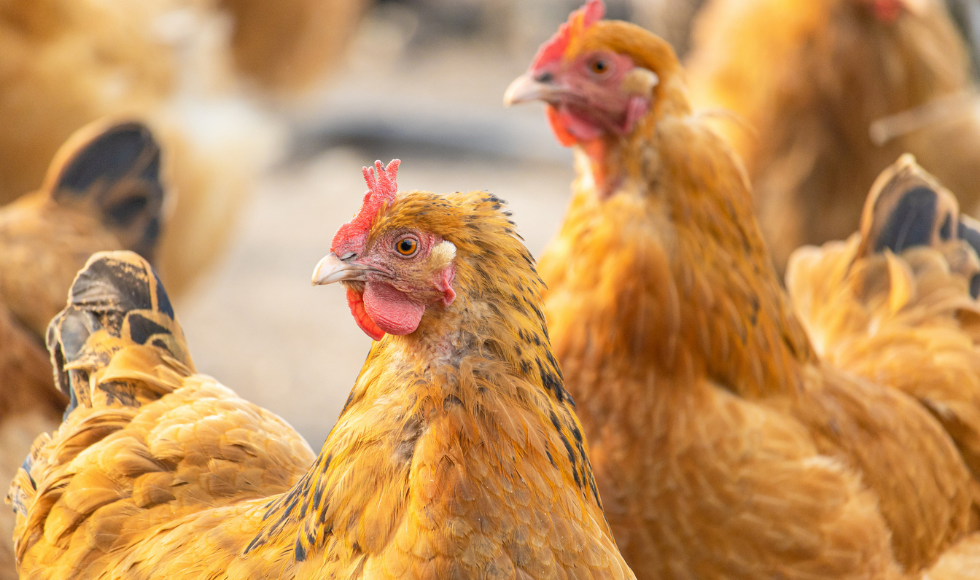 A highly pathogenic strain of avian flu making its way through Canadian poultry farms is worrisome but the imminent risk to humans is modest, says a McMaster expert who studies influenza viruses.

“These viruses have always been around and do cause outbreaks periodically,” says Matthew Miller, associate professor in the Department of Biochemistry and Biomedical Science, noting that avian flu is endemic in many parts of the world including in Asia and parts of the Middle East.

“However, the current outbreak of highly pathogenic avian influenza in North America is larger than we’ve seen for some time.”

Over the winter months, there had been an uptick in detection of highly pathogenic bird viruses in Europe. The outbreaks of H5N1 we’re seeing now is a result of waterfowl migration patterns, as ducks, geese and other birds return to North America, he explains.

“The good news is there are stringent surveillance mechanisms in place to watch for bird flu in poultry flocks. When it’s detected, the flock is culled, and areas are put in quarantine,” says Miller.

Those surveillance systems are key because we know that when the virus does spill over from birds to humans, it can be extremely deadly with mortality rates as high as 50 per cent. It can cause severe respiratory symptoms but can spread beyond the lungs to other organs and cause damage.

According to Miller, the people most often infected by highly pathogenic avian influenza are poultry workers who come in contact with the virus while tending flocks or even slaughtering the animals.

The virus hasn’t learned to transmit well between humans yet, but adaptation is possible and could happen very quickly.

“This underscores the need to be vigilant about surveillance,” says Miller.  “We want to know where these viruses are and decrease the probability of human contact with infected animals and other infected people.”