How a female sex hormone may protect against STIs 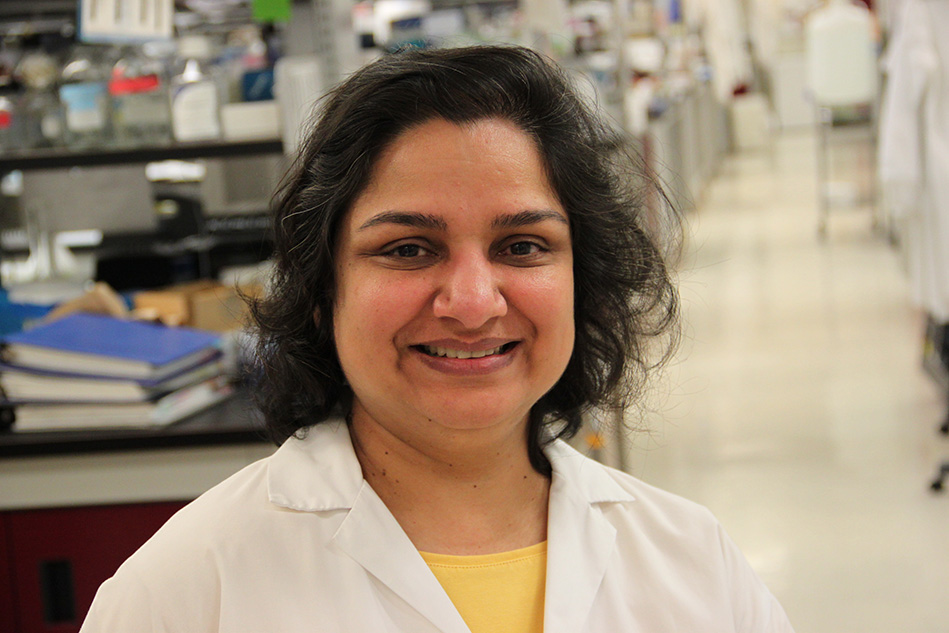 A team of researchers led by McMaster’s Charu Kaushic has revealed for the first time how estradiol, a female sex hormone present during the menstrual cycle and found in oral contraceptives, may work to protect women against sexually transmitted viral infections.

In a study published in the scientific journal PLOS Pathogens, Kaushic and colleagues describe the underlying mechanism by which estradiol enhances anti-viral responses in mice infected with the herpes simplex virus, type 2 (HSV-2) – one of the most prevalent sexually transmitted infections.

HSV-2 infection is widespread throughout the world, affecting more than 530 million people with the rates of infection are higher in women globally, according to the World Health Organization (WHO).

“To the best of our knowledge this is the first study that has shown how estradiol could be enhancing the immune system to fight against viral infection,” said Kaushic, the study’s lead author, a professor in the Department of Pathology and Molecular Medicine and a member of the Michael G. DeGroote Institute for Infectious Disease Research and McMaster Immunology Research Centre.

“If this pathway can be verified in women, then we have laid the foundation to address a number of important public health issues, particularly whether some hormonal contraceptives may be better than others for women who are at higher risk of acquiring sexually transmitted infections, such as in Sub-Saharan Africa, where both HIV-1 and HSV-2 infection rates are high.”

As part of the study, researchers implanted estradiol-releasing pellets into female mice whose ovaries had been removed. The mice then received two rounds of an HSV-2 vaccine, followed by a high dose of the virus.

The researchers saw that the majority of the mice survived and showed less severe disease symptoms, compared to a control group that was not immunized.

More specifically, the researchers reported an increase in anti-viral activity unique to the vaginal tract and not found in any other mucosal lining of the body.

Additionally, Kaushic and colleagues concluded, this finding “will be very important in understanding what type of immunity can protect women from sexually transmitted infections and how we can use this information to develop better vaccines.”

This study was funded by operating grants from the Canadian Institutes of Health Research and a Research Chair Award to Dr. Kaushic from the Ontario HIV Treatment Network.