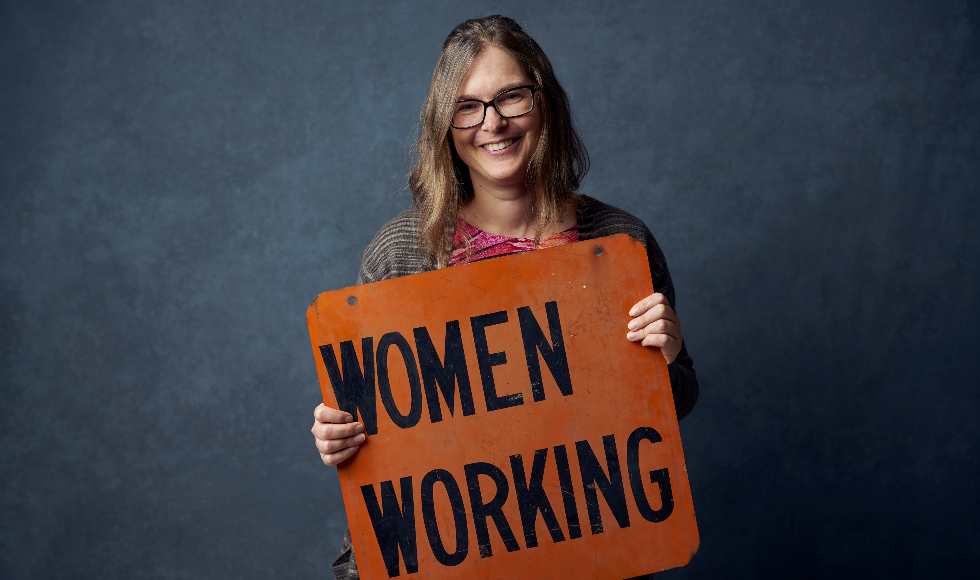 Kim Jones was in her final year of high school. She had submitted her applications for university, but, torn between studying science or engineering, hadn’t made a decision yet.

Jones made her decision that day.

“Two per cent of all female undergraduate engineering students in the country were killed in one day – and I was so angry about it that I felt I had to go into engineering,” she explains. “Studying engineering was also a really effective way of applying my interest in science and math in ways that could make a difference.”

She enrolled at the University of Waterloo, completing a bachelor of chemical engineering in 1995. But even though she felt strongly that women needed representation in engineering, experiences in an unwelcoming workplace prompted her to leave engineering in favour of pursuing an MSc in biology at Guelph.

She missed engineering, though, so she returned to the discipline and completed her PhD in chemical engineering at the University of Toronto. And while her research has focused on biomedical devices, drug delivery vehicles and regenerative medicine – all potentially life-changing – more recently she’s turned to work that will change people’s lives in another way.

“I’m on research leave right now, and I’m very interested in doing rigorous research in trying to understand and improve the inclusion for women in engineering,” says Jones, who is chair of the Ontario Network of Women in Engineering (ONWiE). “My ONWiE role is about increasing the diversity of incoming students, but there’s no point in doing that if it isn’t an inclusive environment for them to come into.”

McMaster’s Faculty of Engineering has been working to create that type of environment. With women making up 27 per cent of its incoming first-year class in 2018 and a 95 per cent rentention rate for female students, the faculty has been active in promoting diversity and inclusion.

In fact, the new Integrated Biomedical Engineering and Health Sciences program has a 50 per cent gender parity ratio.

But what happens when women leave school?

Jones points out that even though the number of women graduating from engineering programs has historically been increasing, the percentage of female registered professional engineers is between 11 and 13 per cent – meaning that women leave the profession after graduation in greater numbers than men.

“That speaks to the fact that many engineers transition to different careers, like management, but there’s something particular happening to an underrepresented group – in this case, women – that’s different,” she says. “According to a number of surveys, the No. 1 reason women leave is that they experience what they call a ‘chilly workplace.’”

While women’s departure from engineering has been more thoroughly studied, other underrepresented groups – people who are racialized, for example, or who are simply trying to navigate the complicated world of international credentials — also experience particular challenges in an engineering workplace.

Preparing student engineers to address – and help solve – these challenges once they get into the workplace is the idea behind “Inclusion in the Engineering Workplace,” an elective course Jones has developed that will be launching in January 2020.

“We really wanted to help people understand the issues that prevent success for some individuals in engineering, and how to overcome them,” explains Jones. “There’s been ample research and evidence that shows that diverse teams are more creative and successful and come to better solutions – so what are things that everyone can do to maximize the performance of a diverse team?”

The course will address the issues faced by underrepresented groups in engineering, and what to do about them. Students will learn anti-oppressive theory, which will then give them a framework and language for looking at structural inequities and determining ways to change them.

Jones hopes the course will be valuable to students in underrepresented groups and their allies – and will ultimately benefit the companies that hire them.

“I hope there are more of our students who are not in underrepresented groups who are excited and motivated to ensure that their workplaces are equitable and inclusive and diverse – not only because it’s right, but because it makes money and is effective for generating engineering solutions,” she says.

“To be a good engineer, you need to work effectively in teams and with other people – developing those soft-but-difficult skills that will help you and your company thrive.”