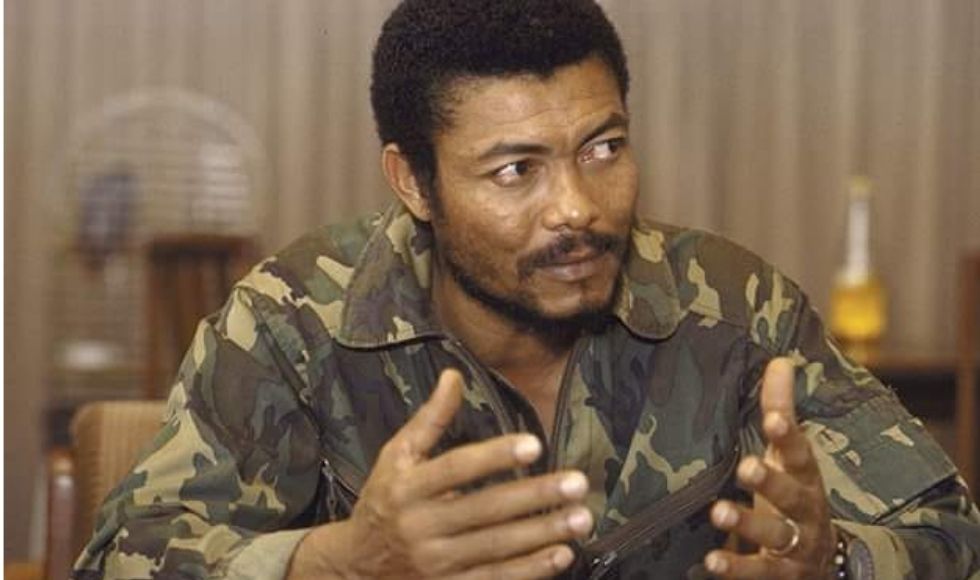 Jerry Rawlings, the leader of Ghana for 20 years, created state-controlled democratic structures that provided openings for civic and political engagement on the one hand, and legitimized political and economic interests on the other. ruled Ghana for 20 years. (Wikimedia Commons image)

The late Jerry Rawlings led two coups in Ghana before twice being elected president in multiparty polls. Whether you associate him with anti-imperialism, democracy or political violence, the fact is that he was able to retain military and popular control of Ghana for over 20 years.

Rawlings took power in a military coup on 31 December 1981, deposing a government led by Hilla Limann.

Rawlings immediately formed the Provisional National Defence Council. Military coups are relatively easy to stage. But sustaining them can prove difficult because they soon run out of political legitimacy, especially in the context of economic crisis. Rawlings did this by setting up structures that he described as the “highest form of democracy”.

Membership of the Defence Committees began with those who had participated in the overthrow of the government. It also included citizens who had been mobilized by the rhetoric of democratic participation and those who sought to gain political influence. There were also junior military officers and leftist “radical intellectuals” that Rawlings trusted.

Rawlings used the Defence Committees to gain political support. They were also used to prevent widespread unrest, deter regime critics and legitimise his government. Essentially, they functioned as instruments of state power and legitimacy. This was against a background of political as well as economic crises. This is particularly important as the Provisional National Defence Council began to implement the first phase of its economic recovery programme in 1983.

To gain deeper insights into how Rawlings built political legitimacy for his coup, we used the records of the National Reconciliation Commission. The commission was appointed by parliament in 2002 to investigate human rights abuses by governments between 1957 – independence year – and 1993. The period included Rawlings’ military rule.

The records, which are held at the University of Ghana, provide a unique opportunity for understanding how Rawlings wielded power during military rule. These insights bring valuable new understanding to debates about his legacy.

We argue that the Defence Committees were part of a broader strategy to affirm regime legitimacy and manage social as well as economic crises. They also provided opportunities for individuals and groups to benefit – materially and politically. At the same time, they served as platforms to challenge state policies.

This central tension in the committees — their role in delivering patronage on one hand, and on providing a check to state policies on the other — is the key to understanding the political power, longevity and legacy of Rawlings.

Committees as instruments of power

The practice, however, was different. The committees became pro-Rawlings networks of state surveillance and suppression. They were situated alongside other legal state mechanisms that were used to punish political dissent and acts of sedition. These included the National Co-ordinating Committee, policing, courts and the military.

Members of Defence Committees themselves faced harassment, intimidation and coercion when they sought to withdraw their membership. Many were labelled traitors and were monitored closely. Local political disputes also played out within the Defence Committees. This sometimes escalated to political imprisonment and execution.

The Defence Committees had the power to identify “counter-revolutionary” activities and individuals. They became mechanisms for perpetuating the abuse of human rights and political repression.

The reconciliation commission archive records show that human rights abuses were remarkably high during the first four years of Rawlings’ ruling from 1979 to 1982. And over 67 per cet of all human rights violations that occurred in Ghana in the review period happened under his government.

That’s not to say that the Defence Committees didn’t sometimes function outside of the control of the Provisional National Defence Council. For example, they attacked government for betraying its revolutionary principles after the release of the 1983 budget. It was viewed as highly controversial. What caused particular anger was that it showed Rawlings had accepted terms set down by the International Monetary Fund.

This showed that, despite the intentions of the state, the space for political participation created by the Defence Committees was sometimes uncontrollable.

But by 1984 the committees were coming under increasing criticism for corruption. They were ultimately dissolved into the Committees for the Defence of the Revolution.

These were even more tightly controlled by the state.

The key to success

However, they could not be totally controlled. Members were empowered to act in their own interests and could use the committees to organise and protest against the state.

An important lesson is that participatory governance programs initiated by autocratic regimes to manufacture legitimacy — or respond to crises —also have the potential to expand civic and political engagements in uncontrollable ways.

What this suggests is that it’s important to understand the tensions around state-controlled structures set up as ways for people to participate. On the one hand they provide openings for civic and political engagement. On the other, they legitimize political and economic interests.

The archives on Rawlings’ rule make this clear.

Paul Emiljanowicz, Lecturer, African History and Politics, McMaster University. This article is republished from The Conversation under a Creative Commons license. Read the original article.