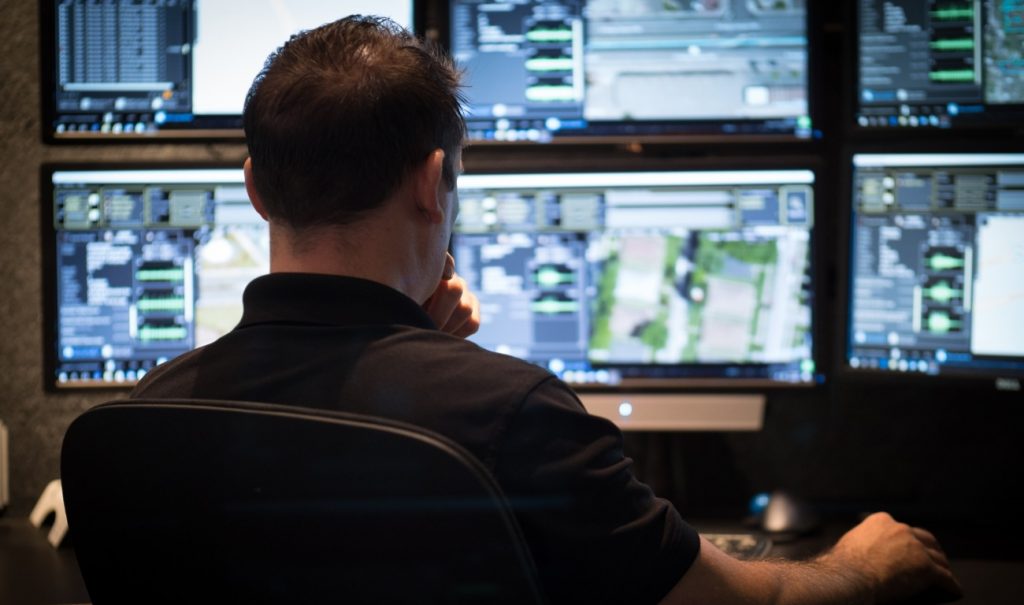 Constantine Gidaris is a PhD candidate in English and Cultural Studies. This article is republished from The Conversation under a Creative Commons licence.

A 2019 surge of gang-related shootings in Toronto motivated the Ontario government to commit $3 million to double the number of Toronto Police surveillance cameras in the city. The Toronto Police could now go to 74 cameras from 34.

Before that, in the summer of 2018, a spike of gun violence across the city led Toronto Mayor John Tory to urge Toronto Police and city council to adopt a new technology called ShotSpotter. Already in place across major cities in the United States, ShotSpotter is a real-time audio recording system that uses acoustics in public spaces to detect, locate and automatically notify police of gunfire.

But police surveillance technologies tend to be reactionary and focus on street-level crimes. Despite the increased likelihood of discovering drugs on white people rather than Black people, the usual offender stereotype allows police to disproportionately stop and target Black people.

By adhering to racial stereotypes that categorize certain behaviours of Black youth as criminal — simply standing on street corners or being out late at night — police often see youth engaged in these activities as potential criminals.

After a few months of deliberation, the Toronto Police and city council abandoned the idea of ShopSpotter, citing numerous legal and privacy concerns. Neither, however, expressed any concern for the ways that ShotSpotter could have been used to exacerbate racial disparities in policing.

News reports frequently characterize technologies as benign instruments of policing designed to help reduce crime. Rarely, though, are they seen as weapons that sustain the white supremacist ideology — the foundation for the institution of policing. According to Sandra Bass, director of the Berkeley Public Service Center, police upheld a legal, formal and informal social order that was premised on a way of “keeping the Negro in his place.”

A history of criminalizing Blackness

Acts of racialized policing and surveillance emerged out of slave patrols in the American South during the mid-to-late 1800s. These patrols consisted of mostly white volunteers who took it upon themselves to control, regulate and punish slaves who ventured beyond the plantation. During this time, the Ku Klux Klan also emerged alongside local and state Jim Crow laws, which legalized racial and residential segregation.

In Canada, a similar policing ideology took shape through various mechanisms of segregation. As scholar Robyn Maynard details in her book, Policing Black Lives, policing evolves out of a desire to protect the white settler state from the fabricated criminal dangers of Blackness.

In the 19th and 20th centuries, anti-Black hysteria equated Blackness with pathological criminality. Maynard explains that the hyper-surveillance and over-policing of Black communities served to maintain “white dominance across all aspects of Black life.”

North American-wide government cutbacks to social programs in the 1980s intensified racialized policing and surveillance tactics. These cuts along with new policies drew attention to the enduring myth of Black criminality. Black people were perceived by the state as “lazy and idle” and “scapegoated as freeloaders and possible criminals.”

Since then, little has changed in the policing of race. Blackness is still viewed as a problem to be contained. Evidence of this is the disproportionate rates of Black incarceration in Canada.

Black people are also over-represented as victims of violent and deadly encounters with Toronto Police as a 2018 report by the Ontario Human Rights Commission details.

The practice of carding — used by the Toronto Police since the 1950s — has unfairly targeted Black people. Years of data shows that young Black men have been stopped and carded “2.5 times more than white males,” despite only making up about four per cent of the city’s population.

Crucially, carding has been proven to be an ineffective solution to gun violence.

And yet, closed-circuit television cameras have repeatedly failed to deter or reduce serious crime, including gun violence. As sociologists Clive Norris and Gary Armstrong have argued, surveillance cameras are not merely about reducing crime. Their research out of London, England, shows that Black youth have been “systematically and disproportionately targeted” by camera operators for no other reason than race.

Not tools but weapons

Like carding, police surveillance technologies such as ShotSpotter can become part of a self-fulfilling prophecy. For example, Toronto Police and city council did not significantly consider in which neighbourhoods ShotSpotter would be deployed by police.

Technologies used by police are not unbiased solutions to crime. For Black communities especially, police can represent the very embodiment of crime itself, linked to extensive histories and ongoing acts of racism, oppression and violence.

Among the police’s exhaustive list of lethal and non-lethal weapons, automated surveillance technologies must be further scrutinized. These technologies allow the police to continue to exercise and enforce stealthy but harmful methods of discriminatory policing.

Constantine Gidaris is a PhD candidate in English and Cultural Studies. This article is republished from The Conversation under a Creative Commons licence. Read the original article.