How the COVID-19 crisis calls us towards reconciliation 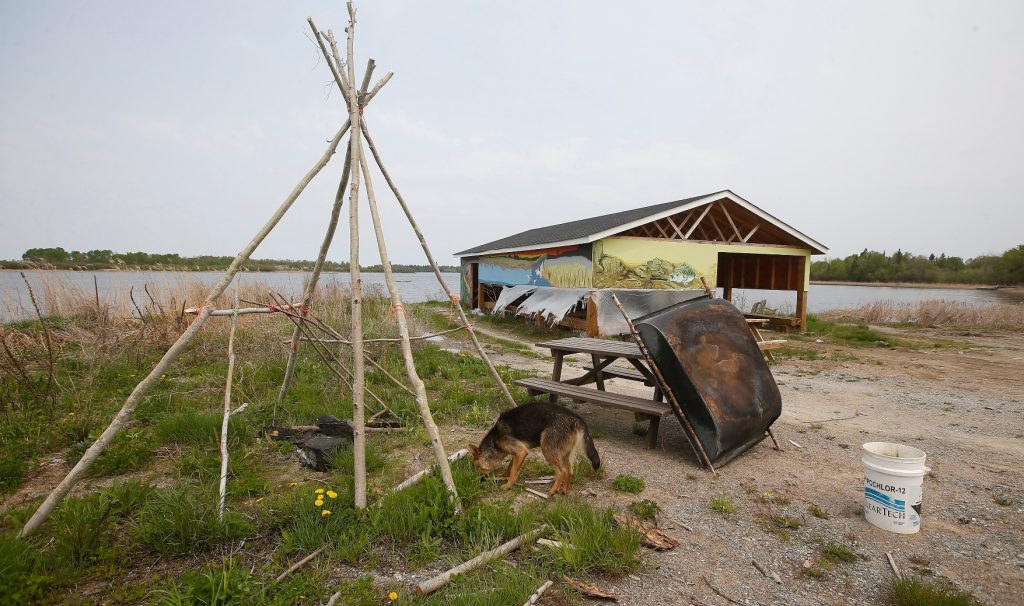 We need more positive Indigenous-settler alliances like the one with Shoal Lake 40 First Nation, which created 24 km Freedom Road to provide access to the Trans-Canada Highway. Here a teepee frame sits beside Shoal Lake. (Photo by John Woods/ The Canadian Press)

Jeff Denis is an asociate professor of sociology at McMaster University. This article is republished from The Conversation under a Creative Commons license. Read the original article.

Throughout the COVID-19 pandemic, Canadians have shown their support for front-line workers. Prime Minister Justin Trudeau and other political leaders have told Canadians “we are all in this together” and “no expense will be spared” to ensure the health and safety of Canadians.

Yet, when it comes to the persistent and glaring inequities facing Indigenous communities in Canada, many of these same leaders, as well as Canadians, have fallen drastically short. The stubborn tendency of non-Indigenous Canadians to turn away from “Indigenous issues” and seek a return to “normalcy” remains an ongoing barrier to change.

On April 27, 2020, for example, the Dryden town council in northwestern Ontario voted 5-2 against a motion calling for the resignation of Conservative Sen. Lynn Beyak. Beyak made national headlines last year when she refused to remove racist letters from her website and was subsequently suspended from the Senate for failing to take sensitivity training seriously.

Dryden Mayor Greg Wilson said some councillors felt it was beyond their jurisdiction to comment on federal matters. But as Fort Frances town councillor Douglas Judson pointed out: “Municipal resolutions comment or call for action by other levels of government all the time.”

“As leaders we must seize every opportunity to support reconciliation and speak out against racism … it is the duty of all Canadians to stand against racism and bigotry … hurtful comments that ignore our shared colonial history must be denounced.”

COVID-19 has illuminated longstanding inequities in Indigenous communities, such as the lack of clean drinking water, overcrowded housing and inadequate health-care access in dozens of First Nations, as Cindy Blackstock and Isadore Day recently explored in an op-ed for the Globe and Mail and documented by the Canadian Centre for Policy Alternatives.

These conditions, created by decades of colonial policies and actions and inactions, make it much more challenging to follow basic public health guidelines, such as frequent hand washing and physical distancing.

Moreover, the federal government recently acknowledged that its funding for Indigenous organizations has “fallen short” and its COVID-19 data on Indigenous peoples is “limited.”

The Congress of Aboriginal Peoples is suing the federal government for “inadequate and discriminatory funding” to respond to COVID-19 among off-reserve and urban Indigenous people.

Some companies, meanwhile, seem to be exploiting the pandemic to build pipelines or extract resources on Indigenous territories that Indigenous people staunchly oppose. Alberta’s energy minister even said: “Now is a great time to be building a pipeline because you can’t have protests of more than 15 people.”

I conducted interviews and fieldwork over 18 months in the Rainy River District in northwestern Ontario to explore the attitudes of people like Beyak and her supporters. I found out they are not as rare as some would like to think.

In fact, in my book, Canada at a Crossroads: Boundaries, Bridges, and Laissez-Faire Racism in Indigenous-Settler Relations, I show that non-Indigenous Canadians, whatever their personal views, seek to avoid discussing racism and colonialism at all costs.

Part of the issue is about language and self-perception. Far too many Canadians do not see themselves as settlers when that is clearly the case.

Many settler Canadians routinely express a sense of group superiority and entitlement and feel threatened by Indigenous people who stand up for their rights, defend their lands and publicly assert their Indigenous identities and cultures. Perhaps even more common is the unwillingness of settlers to say or do anything about the racism in their midst.

Inter-group contact is not enough to overcome these racist and colonialist structures as these attitudes often coexist with a history of intermarriage and cross-group friendships.

Many settlers in northwestern Ontario refer to Indigenous friends or family members as “good Indians,” exceptions who prove the rule. Some even look to Indigenous people for validation of their racist views. Most commonly, racism and colonialism remain elephants in the room, and Indigenous-settler relations can be friendly so long as no one talks about “politics.”

The silver lining in my research is that many Indigenous and settler people are interested in finding new ways of relating to one another.

Positive Indigenous-settler alliances exist. In Shoal Lake 40 First Nation, the Freedom Road campaign brought together activists, evangelical Christians, business people and urban and rural Indigenous people to create a 24-kilometre route to link Shoal Lake 40 First Nation to the Trans-Canada Highway. In the Rainy River District, First Nations and municipalities worked together to protect their shorelines from flooding or pooled their resources to purchase medical equipment at the Fort Frances hospital.

Crises are often an opportunity for groups to develop new ways of working together to protect their mutual interests and to find a new footing on which to grapple with Canada’s past and move forward on a more equitable and sustainable path.

The COVID-19 pandemic represents one such crisis: for settlers and their governments, it could be an opportunity to live up to all the recent talk of reconciliation. This would mean respecting Indigenous nations’ political autonomy and jurisdiction, including the right to regulate who enters the community and on what terms. It would also mean providing the necessary funding and other supports to prevent and manage disease outbreaks.

Although there may be regions where this is happening locally in Canada, we continue to see instances like Dryden where settlers overlook or oppose the call to rectify these inequities.

It is imperative to speak out against racism — whether interpersonal or institutional. We must build new relationships based on respect for Indigenous sovereignty, fulfilment of treaty obligations, and a spirit of partnership.

Jeff Denis is an asociate professor of sociology at McMaster University. This article is republished from The Conversation under a Creative Commons license. Read the original article.

Over the past few months, everyday housework, like cooking and washing dishes, has multiplied and most parents have become responsible for teaching their kids. Given . . .

We can celebrate Dame Vera while rejecting racist myths about Second World War Britain and those who seek to use Lynn to advance a xenophobic nostalgia.