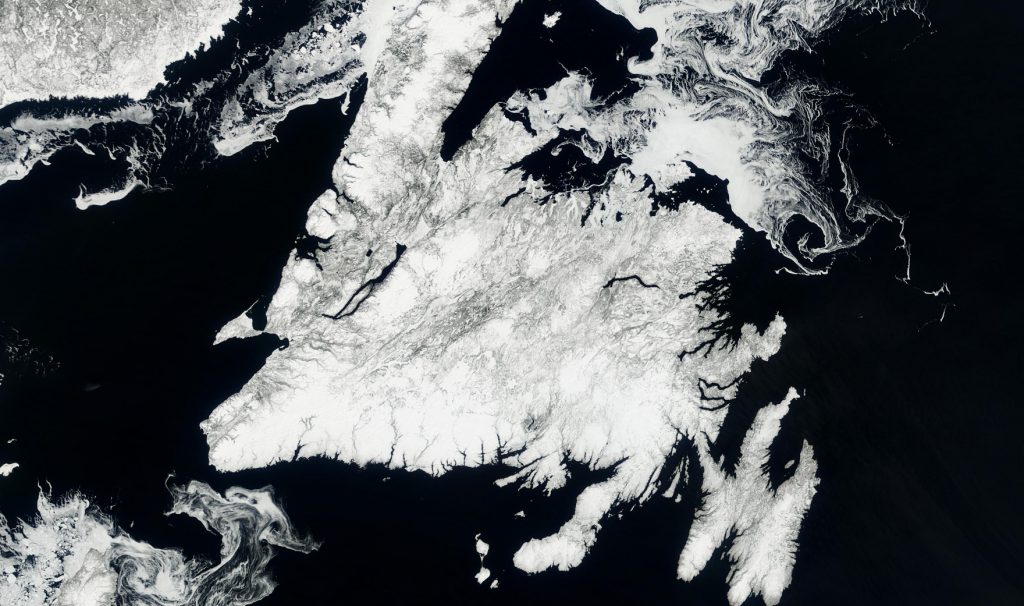 Alexander Lewis Peace is an assistant professor of structural geology at  McMaster University. This article is republished from The Conversation under a Creative Commons license. Read the original article.

Pangaea was the Earth’s latest supercontinent — a vast amalgamation of all the major landmasses. Before Pangaea began to disintegrate, what we know today as Nova Scotia was attached to what seems like an unlikely neighbour: Morocco. Newfoundland was attached to Ireland and Portugal.

About 250 million years ago, Pangaea was still stitched together, yet to be ripped apart by the geological forces that shaped the continents as we know them today.

For many years, geologists have pondered how all the pieces originally fit together, why they came apart the way they did and how they ended up spread across the globe.

As an assistant professor in structural geography, I research plate tectonics — specifically how and why continents break up — and the related igneous rocks, natural resources and hazards.

We know that Nova Scotia and Morocco were once attached because their coastal areas — or margins — match up perfectly. We can also trace their path from the structure of the ocean floor now separating them. Today, we are much closer to understanding the shifting of the continents, including the movement of land masses, but there is still much to learn.

The science of exactly why they ended up 5,000 km away from each other — and how other parts of the continental jigsaw puzzle pulled apart the way they did — has been extensively researched and debated.

One camp believes the continents were dragged apart by the movement of tectonic plates driven by forces elsewhere. The other group believes that hot material from deeper underground forced its way up and pushed the continents apart. Whether one theory or the other or some combination of both is correct, this much is certain: whatever happened, didn’t happen quickly!

Plate tectonics is an ongoing story that unfolds by mere millimetres each year. The change has added up over eons, placing us where we are today — still drifting, though almost imperceptibly.

An area of especially intensive study and lingering mystery is the North Atlantic — the area bounded by Greenland, Eastern Canada and Western Europe — where the final stages of Pangaea’s breakup played out.

Curiously, perhaps, it is the region that spawned much of the geoscience that would successfully be applied to understanding the continental makeup of other regions of the world.

When the North Atlantic began opening up, the continent started separating along the west side of Greenland. It then stopped and instead continued opening between eastern Greenland and Europe. Why?

To solve this and related questions, two colleagues and I brought together about 30 researchers from many different fields of geoscience in the North Atlantic Working Group. Our research team includes geophysicists (who apply physics to understand processes in the Earth), geochemists (who apply chemistry to understand the composition of the materials that make up the Earth) and many others who study the structure and evolution of the Earth.

To date, the North Atlantic Working Group has held a number of workshops and published a set of papers that propose a new model for answering some of the long-unanswered questions about what happened in the North Atlantic.

Our North Atlantic Working Group was able to draw many types of data together and to tackle the problem from multiple angles. We concluded that most important geological events were strongly influenced by earlier activity — a process called “inheritance.”

Throughout the history of the Earth, the continental landmasses have several times come together and then subsequently been torn apart. This process of amalgamation and subsequent dispersal is known as a “supercontinent cycle.” These previous events left behind scars and lines of weakness.

When Pangaea was stressed again, it tore open along these older structures. While this process was suggested in the early days of plate tectonic theory, it is only now becoming clear just how important and far reaching it is.

In addition, relics from these previous plate tectonic cycles left remnants deep in the Earth’s mantle that were susceptible to melting, explaining much of the widespread molten rocks that accompanied breakup. And at the smaller scale, it appears that the hydrocarbon bearing basins left behind on the continental margins were also influenced by previous events.

Much of what we know about this was gathered in the search for oil and gas. Our most detailed knowledge comes from coastal areas closest to the markets where those commodities are processed and sold, and most of it has been obtained since the 1960s, using post-war technology to scan the bottom of the oceans.

These economic factors mean that our knowledge of the subsurface drastically diminishes beyond Newfoundland. North of that, there is much to explore and to understand, where the answers to the remaining mystery of how we got here lie miles beneath the waves.

Alexander Lewis Peace is an assistant professor of structural geology at  McMaster University. This article is republished from The Conversation under a Creative Commons license. Read the original article.

McMaster researchers have developed a new technique that pulls the genomes of hundreds of animals and thousands of plants – many of them long extinct – from less than a gram of soil, offering a much richer picture of the past than was previously possible.

More than 70 nuclear experts, students and government representatives from Canada, the U.S. and the European Union gathered virtually for the Small Modular Reactors (SMR) Hackathon to share their expertise on nuclear energy solutions.