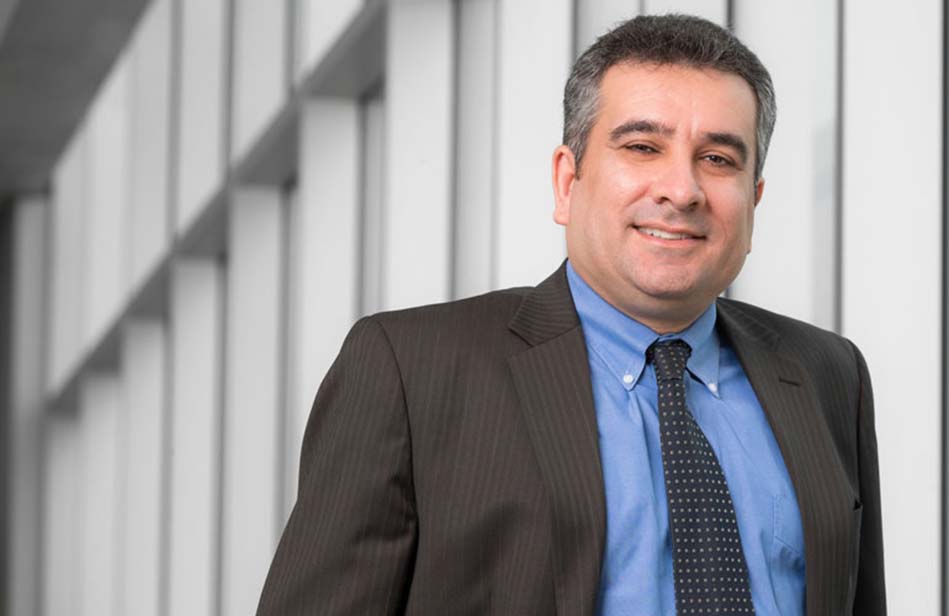 Ali Emadi of McMaster University’s Faculty of Engineering has been named a Fellow of the National Academy of Inventors (NAI).

Election to NAI Fellow status is a high professional distinction awarded to academic inventors who have demonstrated a prolific spirit of innovation in creating or facilitating outstanding inventions that have made a tangible impact on quality of life, economic development, and the welfare of society.

Emadi is the Canada Excellence Research Chair in Hybrid Powertrain and professor of electrical and computer engineering and mechanical engineering at McMaster University. He is internationally recognized for his expertise in transportation electrification and smart mobility.

He is also the founder of several university spin-off companies including Hybrid Electric Vehicle Technologies, Inc. and Enedym, Inc.

“This prestigious recognition means a lot to me because it values not only inventions and technology transfer from academia to industry, but also mentoring students and translating inventions to benefit society,” Emadi said. “I am humbled to receive this great honor and am thankful to my former and current research staff, graduate and undergraduate students, post-doctoral research associates, and visiting scholars, who have made our research group a world-class team focused on developing technologies for the next generation of smart energy systems and electrified and autonomous vehicles.”

With the election of the 2016 class there are now 757 NAI Fellows, representing 229 research universities and governmental and non-profit research institutes.

Included among all NAI Fellows are more than 94 presidents and senior leaders of research universities and non-profit research institutes; 376 members of the three branches of the National Academy of Sciences; 28 inductees of the National Inventors Hall of Fame; 28 Nobel Laureates, among other awards and distinctions.

The 2016 Fellows will be inducted on April 6, 2017, as part of the Sixth Annual Conference of the National Academy of Inventors at the John F. Kennedy Presidential Library & Museum in Boston, MA.

The academic inventors and innovators elected to the rank of NAI Fellow are named inventors on U.S. patents and were nominated by their peers for outstanding contributions to innovation in areas such as patents and licensing, innovative discovery and technology, significant impact on society, and support and enhancement of innovation.