“A new way of thinking about Canadian history” 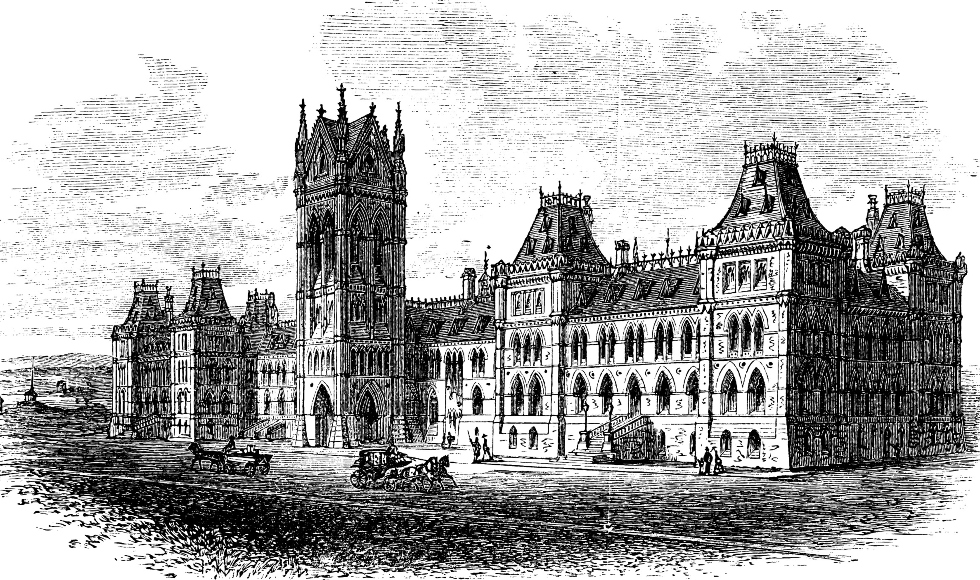 Founded in 2008 by L.R. (Red) Wilson, the L.R. Wilson Institute for Canadian History wants Canadians to see their history in a new way: as a significant part of broader global events, influencing and being influenced by factors well beyond the country’s borders.

Here, Ian Mckay, director of the Wilson Institute, and Maxime Dagenais, the Institute’s research coordinator, talk about their mission, their hopes for rethinking Canadian history and their position that the study of history is more important now than ever.

(This interview has been edited and condensed.)

Tell us about the Wilson Institute.

IM: The purpose of the Institute is to take the field of Canadian history and put it in a much bigger context – to persuade Canadians that their history is important because it speaks to the most pressing problems of the world today. It’s not a local story of no significance – we see in Canada the playing out and engagement with issues that are re-shaping the entire world.

What influence can history have on how we understand events today?

IM: Take the Institute’s current emphasis on democracy. What could be more dry than your old civics lessons on democracy? Except now that democracy is imperiled all around the world, what traditions do Canadians bring in terms of the democratic tradition? What do we have to offer?

We won’t just be thinking about the history of democracy in Canada, we’ll be saying to Canadians THIS is what it means to live in a democracy. This is what people in the past in Canada have said about it.

MD: In the majority of our workshops and projects, we like to look at issues of today from a historical context. We held a workshop on the conjunction of health and the environment: how does our changing environment and our environmental crisis affect health? We invited historians, anthropologists, sociologists, health specialists from all over the world to start talking about these issues.

So as much as we do Canadian history, we’re also interested in the issues of today and how they’re rooted in our that history.

What’s the historian’s role in contributing to the discussion about those issues?

We think it’s indispensable for people to step back and examine the bigger long-term patterns that this news cycle is part of.

There’s no doubt that the world is changing at a phenomenally rapid rate. The only way of grasping it, paradoxically, is through historical perspective.

MD: Students come to university with a very limited knowledge of the past. I gave a talk a couple of days ago with the Wilson Leaders about Canada, and Quebec sovereignty, and separatism. They asked some amazing questions, but they all admitted how little they knew about the issue. Quebec independence and separation are still part of our political spectrum, and the fact that most people don’t understand the questions around it is something we’re trying to change.

Tell us about the project you’re working on to update how history is taught in elementary and high schools in Canada.

IM: One of the biggest issues that this project will have to deal with is Indigenous history in Canada in an era of truth and reconciliation. It’s very important for us to be highly conscious of that context, all the time.

These are steps we have to take in coming up with a new Canada.

We have to re-learn how to be Canadian in the 21st century.

How did the Institute come to be? And how has it changed?

The Institute began in 2008 under the leadership of H.V. (Viv) Nelles. It was a modest but very important effort to bring postdoctoral fellows into McMaster.

Since then it’s changed considerably. We’ve tried to make this an important institution in Canadian public affairs. We want to insert ourselves into the public square and bring McMaster’s vision of strong engagement with the public and experiential learning to the wider world.

MD: Our reputation has grown beyond McMaster as we’ve become synonymous, in many ways, with Canadian history across Canada.

We’re collaborating on projects with historians from all over Canada, and across the world: we’re working with two Scottish historians at the University of Edinburgh who want to see how we can help Canadian Studies in Scotland. In the era of Brexit, I think this will become significant.

How are you fostering the next generation of Canadian historians?

IM: One of the big developments since we changed to an Institute in 2015 has been the advent of the Wilson Associates, a network of 50 scholars across Canada. They’re often young scholars, and often they’re working in non-traditional places like museums and archives You don’t have to be a university egghead to be a Wilson Associate.

It’s been exciting to see this network evolve – there are Wilson Associates in every province now. The network is working across the country, in French and in English.

Is it unusual to be working in both official languages, and looking at both Quebec and the rest of Canada?

IM: Quebecois and other Canadian historians have traditionally operated in almost two different universes. In a changing world, we ought to be reading each other’s books, we ought to be engaging with others as much as we can. That’s really important to us.

MD: I’m a Quebec historian, from Quebec. In a recent book on the Canadian Rebellion and Jacksonian America that I edited with Julien Mauduit, we were approaching a topic that is a very, very important topic to the Quebec psyche and identity, but we were looking at it from a transnational context. We’re still getting pushback. Taking these important events out of their national context gets some critiques.

How is a transnational approach different from traditional methods of studying history?

MD: In the past, if you went to conferences like the Canadian Historical Association, the work was interesting and innovative, but it was from a more local perspective. That’s definitely changing now. The transnational approach has integrated itself pretty well in Canada in the last five years.

IM: We’re pushing that change. One of the big things the Institute does is our book prize. What we’re really looking for are the outstanding books that speak to this new way of thinking about Canada – books that ask a question that’s of interest to the world and put it into Canadian context.

We’re not just trying to educate undergraduate students in a new way. We’re trying to influence the field that we’re introducing them to.

By looking at it from a different perspective, it’s just increasing our knowledge of Canada.

Is it a challenge to prove the “relevance” of history scholarship, and of the Institute?

IM: It’s less straightforward than funding an institute that’s curing cancer or something directly scientific. However, I think in today’s world – when you consider issues of democracy, issues around the global climate crisis – there’s only one way really, that you can think about this in a realistic way, and that’s historically.

It’s becoming easier to make the case for history’s utter centrality. I think there’s a huge hunger for historical knowledge that we can, to some degree, fill.

Where’s that hunger coming from?

MD: People are interested in history. There are movies and channels and video games – people do engage with history, but I think a lot of people lose history in high school.

High school history is often just “remember these dates and remember these names.” There’s no active analysis or trying to place yourself in a historical context

We’re hoping that with the SSHRC partnership grant we can help change the way that teachers are teaching history to make it more active, more interesting and encourage students to really put themselves into the context – to try to engage with the past in a more meaningful way than just reading a textbook and remembering Confederation was in 1867.

How do you make history interesting and vital and alive?

IM: One way is to encourage students to step back and look around with new eyes. Why do you think the way you think? Why do you use that word and not another word? What does it mean to get in a car every morning to drive to work? All these things have deep histories.

In today’s world, many young people are intensely pessimistic about the way the world is going.

History, paradoxically, can make you more optimistic, because it shows you that people can choose different paths. They chose different paths once, and they can do it again. And that’s totally different than just memorizing facts and dates. It’s actually changing the whole way you interact with the world

It’s a history of the present.

Do you find more people are interested in studying history?

IM: I think people are starting to sense that historical knowledge is useful in any number of contexts. You develop critical skills, reading skills and research skills.

MD: …and writing skills and data management skills, too.

I know so many people who are working in different fields with a degree in history, like video games and journalism and editing and policy analysts and archives.

IM: History gives you an ethical insight into other people. Once you start to ask questions about why people do what they do then prejudice starts to die down.

There’s a humanism to historical knowledge that I think the world really, really needs.

We have to relearn history.

History is not something that happened in the past, it’s something that’s happening right now. Think that way, and suddenly all the old simplistic prejudiced notions slip away.