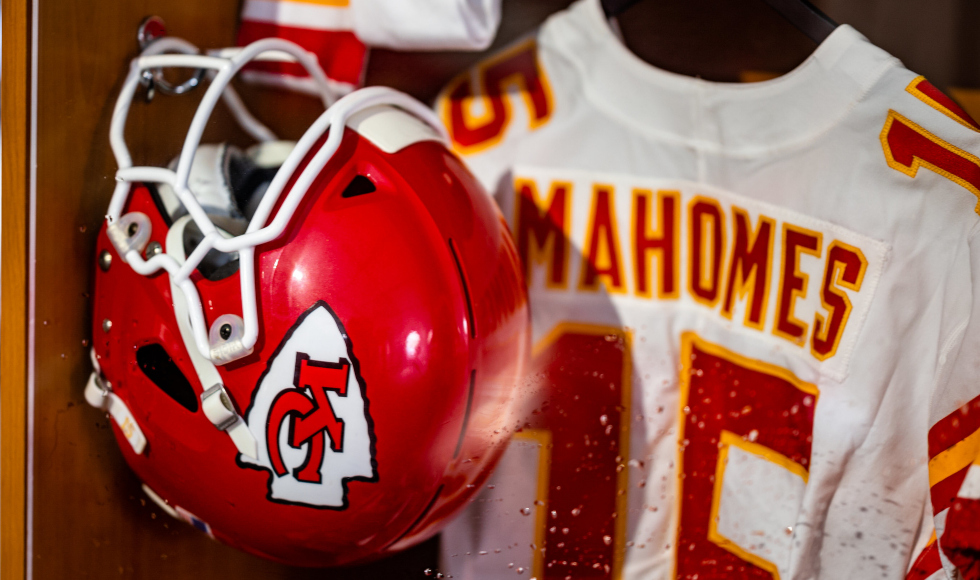 Tim Thompson, who is Ojibwe from Rama First Nation, is a decolonization consultant, activist and podcast host. He’s also a student in the Justice, Political Philosophy and Law program in the Faculty of Humanities.

Earlier this month – just as the new NFL season was getting underway – his article, “Cultural taxidermy, not appropriation: The trophies in sports no one wants to talk about” was published on the Salon website. We chatted with him about the concept of cultural taxidermy, his thoughts about postsecondary institutions, how he sees his relationship with settlers, and his new project, Indigen-X.

The image of “cultural taxidermy” is a strong one – where did it come from? How is it different from the more familiar concept of cultural appropriation?

Appropriation is using cultural elements out of ignorance, like a pop star wearing a headdress for the aesthetics, rather than recognizing its spiritual significance. The problem with the idea of “appropriation,” from my perspective, is that it doesn’t really question the authenticity of what’s being appropriated.

Take the idea of the “brave Indian warrior.” Are we being honoured? You wouldn’t honour your peer like that. If I showed up to class with a classmate’s face on my shirt, that would be weird, right? Far from increasing visibility of Indigenous people, it suggests an absence from the cultural landscape – we’re just characters in a story.

When you put that in tandem with the image of an “authentic Indian” – you need to have long braids, and wear fringed buckskin jackets or you’re not a “real Indian” – that doesn’t leave a whole lot of room for the interpretation of the modern Indigenous person.

Once we understand that there’s a message in there that has nothing to do with Indigenous peoples other than them being the subject of a narrative in a story, I think we can start pulling these things down and raise the question: what’s Land O Lakes butter really honouring? What’s the difference between that image and Chief Wahoo [the logo for the baseball team formerly known as the Cleveland Indians]? They’re different – but they’re actually much the same, and they pull from the same place.

If we want to be honest about our relationship moving forward, these are the first things that need to come down.

What are some other things that need to be done to move forward?

We can stop referring to Indigenous people as “Indigenous” – because that’s just defining us by colonization. We’re the “before people.” And maybe there’s something in that language we need to start thinking about. If you consider the connotations of the word “indigenous” as it’s used for plants, and in biology, it’s a very abstract way to describe people. It’s just a scientific description of “someone who’s not us.”

Think about it: Europeans don’t refer to themselves as Europeans, they refer to themselves by their country of birth. There are probably between 1,000 and 1,200 individual languages that were spoken here before colonization – to put them all under the label of “Indigenous” is like saying, “I can’t be bothered to be more specific – we’ll figure it out later.”

The problem with that is that our identity is not in our control – we’re defined in terms of Canada, especially outside of Canada.

These things are nuanced, and complicated, and deep, and when we look at the questions and the history, the only way I can see to move forward is honest dialogue and conversation.

What’s your experience at university – a colonial institution – been like?

That being said, I got a lot of support from the philosophy department when I was writing this piece, particularly from Dr. Forbes and Dr. Doubleday, who pushed the idea that there was a need for my voice out there as an Indigenous person. Indigenous Student Services and the Faculty of Humanities generally have also been supportive. Having people believe in me has been a big deal.

Part of the reason I came back to school is to develop a certain kind of credibility – because a lot of conversations are happening, but they don’t get anywhere because people are speaking two different languages: one from academia and the other, equally intelligent, but from outside an academic context.

So many people have been kept out of conversations because they haven’t been published in an academic journal, or possess those other watermarks of what we call intelligence. There are a lot of smart people from outside the system who could add to the conversation in a way we could all benefit from.

What’s your approach to your relationship with settlers – especially those who have, as you call them, “blind spots”?

I have to think of them as blind spots, because if I went in with any other attitude, it would be much more difficult to reconcile and build relationships with people – so I do my best to mobilize information where it’s abstract of my contempt, or their shame, or awkwardness.

I don’t want to provoke any guilt, I really just want them to think about things they’ve never considered before. I always feel like if I tilt people just a little bit, they’ll see it. I believe that 99 per cent of healthy, rational people don’t want to be mean. They don’t want to hurt other people.

I used to be really quick to call someone a racist, but what I realized was that when you point your finger and are contemptuous of someone, they dig their heels in, and then we have to get past that, and only then can we finally get to work. I’d rather just skip all of that and get straight to the work.

The most important thing to me is the conversation.

So tell me about Indigen-X

I have a background as an advertising copywriter, so this project will pair advertising creatives with academics and people who want to mobilize information, especially Indigenous groups and communities. A lot of people have great messages, but they don’t know HOW to message.

I want to use the advertising skills I have to help Indigenous communities better mobilize their own messages. We’re so bombarded with polished imagery that when information doesn’t look polished, it loses credibility. Indigen-X would work with communities to help them determine their audience, and figure out the best way to communicate their message.

We need the skills to control our own messages. Putting those skills – like social media, Photoshop and InDesign – into people’s hands is like giving them a voice. By teaching them these skills, we’re actually teaching them to speak in a way that people will listen.

What drives you to do the work you do?

I realized that either I had to stop caring about these things, and go paint watercolours of moose up in North Bay, or take a serious swing at doing something and making change. What kind of change do I want? Do I just want to make settlers feel bad, or angry, and beat them over the head with the things they’ve done, or do I want to befriend and have a relationship with these people?

I don’t want to disappear inside the fort, and I don’t want to avoid the fort. I think some of us need to be camped outside. We’re not all meant to do that, and that’s fine – some people don’t want a relationship with those who have been gaslighting them for 400 years. But I believe this is what I’m meant to do.

Find out more about Thompson’s work on Twitter at @Speaking_Bull and on his podcast, TheSpeakingBull