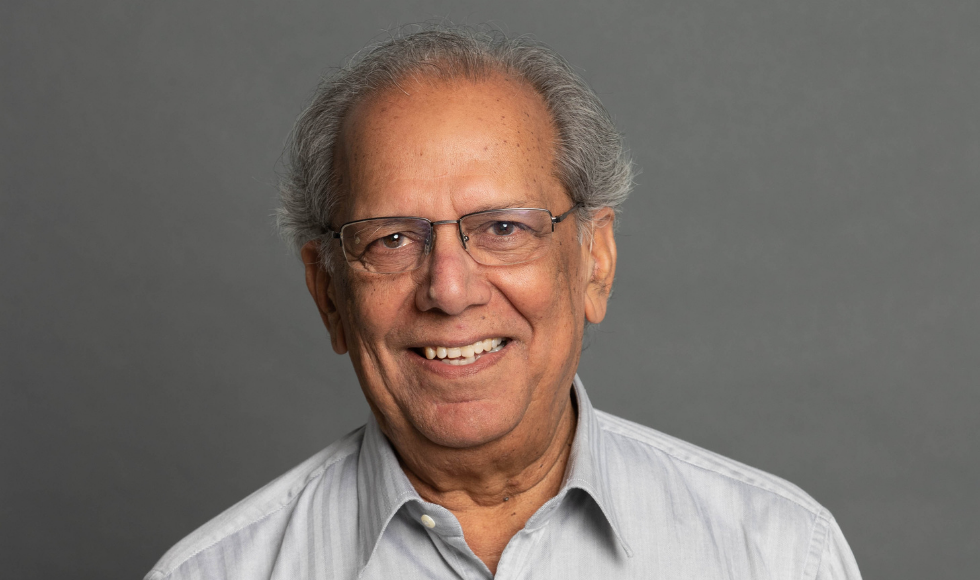 When the Human Genome Project reached its ambitious goal of mapping the entire human genome, it seemed the world was entering an era of personalized medicine, where evidence from our own specific genetic material would guide our care.

That was 2003, and nearly a generation after that spectacular collaborative achievement, we are still waiting for that promise to materialize. We may know that a person carries a gene associated with breast cancer, for example, but not whether that person will go on to develop the disease.

New research by McMaster evolutionary biologist Rama Singh suggests the reason is that there is another, hidden layer that controls how genes interact, and how the many billions of possible combinations produce certain results. That layer is composed of largely uncharted biochemical pathways that control gene expression in cells through chemical reactions.

“Once we knew the genes, we believed we knew all we needed to know, but we didn’t,” Singh says. “Individual genes don’t tell the whole story. How they interact is the key. Single genes, typically, have very little quantitative impact on what characteristics are ultimately expressed.

“We need to learn much more about the combinations that unlock disease – what is today called ‘missing heritability’. Knowing the genes without knowing the pathways is like knowing all the stoplights in a city without ever seeing how the streets are laid out.”

Decoding how our genes create an identifiable outcome like brown eyes, receding hair or high cholesterol is a daunting mathematical and scientific challenge, especially if one looks only at genes themselves, Singh says, but understanding the pathways that regulate their activity can greatly simplify that challenge and unlock the potential first revealed by the success of the Human Genome Project.

“Isolating genes on the chromosome is not going to add up to explain the presence of absence of disease. There is something in the biochemical pathway that right now we don’t know how to measure,” Singh says. “We have always known that genetic and environmental variations determine physical outcomes, but there is a third component: pathway variation. Rather than simply counting individual genes, a pathway-based approach will take us much farther.”

The astounding number of possible gene combinations comprises all the genes in the human genome – including previous versions encoded in every cell’s genetic history, Singh explains. An organism does not actively use all its genetic material at any given time, but cells carry backup versions of their own evolution as a reservoir to tap when conditions change — a concept Singh calls “unnecessary complexity.”

Being able to access previous adaptations gives every organism some capacity to adapt and change within its environment, Singh says, and biochemical pathways enable cells to draw from that memory when necessary.

Singh’s research, newly published in The Journal of Molecular Evolution, is part of his ongoing effort to align evolutionary biology and medical practice, an area of science he believes is rich with promise.

Singh has dedicated the new paper to the memory of his mentor Richard Lewontin, an influential Harvard biologist who died July 4. Singh had shared an early version of the paper with him.