“It’s great to be back:” Researchers return to the McMaster Automotive Resource Centre 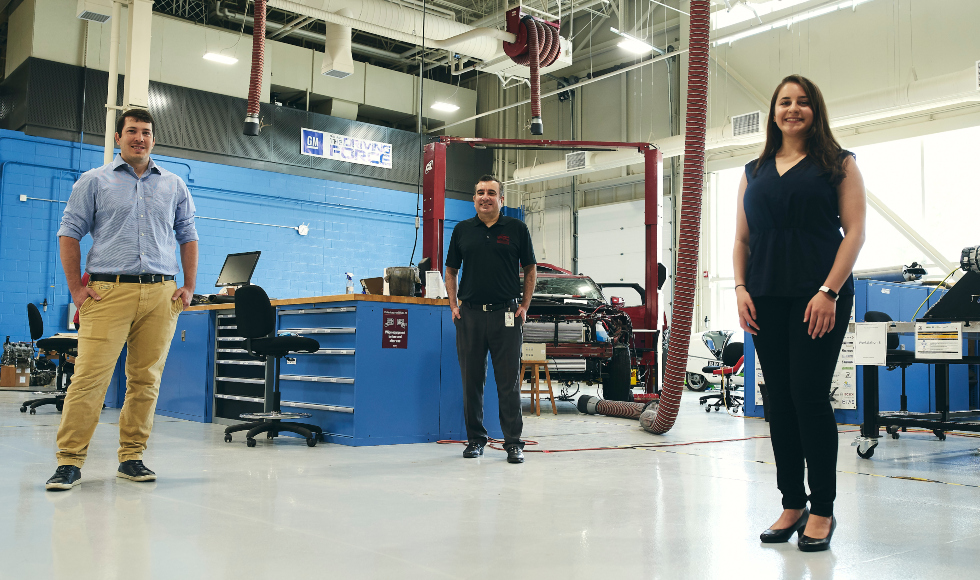 When experimental research labs at McMaster closed in March in response to the pandemic, Ali Emadi’s team at the McMaster Automotive Resource Centre (MARC) adapted quickly.

Through online check-ins and town halls, they were able to redesign their research activities to work just as well virtually as they did in person.

“We had a really good IT infrastructure and a culture of always having backup plan A, B and C. We worked together to restructure students’ thesis projects and shifted plans to do more modeling, simulation analysis and design,” says Emadi, a professor in the departments of electrical and computer engineering and mechanical engineering at McMaster University.

Emadi’s team is now transitioning back to in-person research as part of McMaster’s Return to Work plan.

Researchers are scheduled on a weekly basis to work in one of 28 designated workstations at MARC, with cleaning before and after the next person enters. Emadi says 47 people received approval to work at MARC until the end of August, with no more than 28 people on-site on any given week. 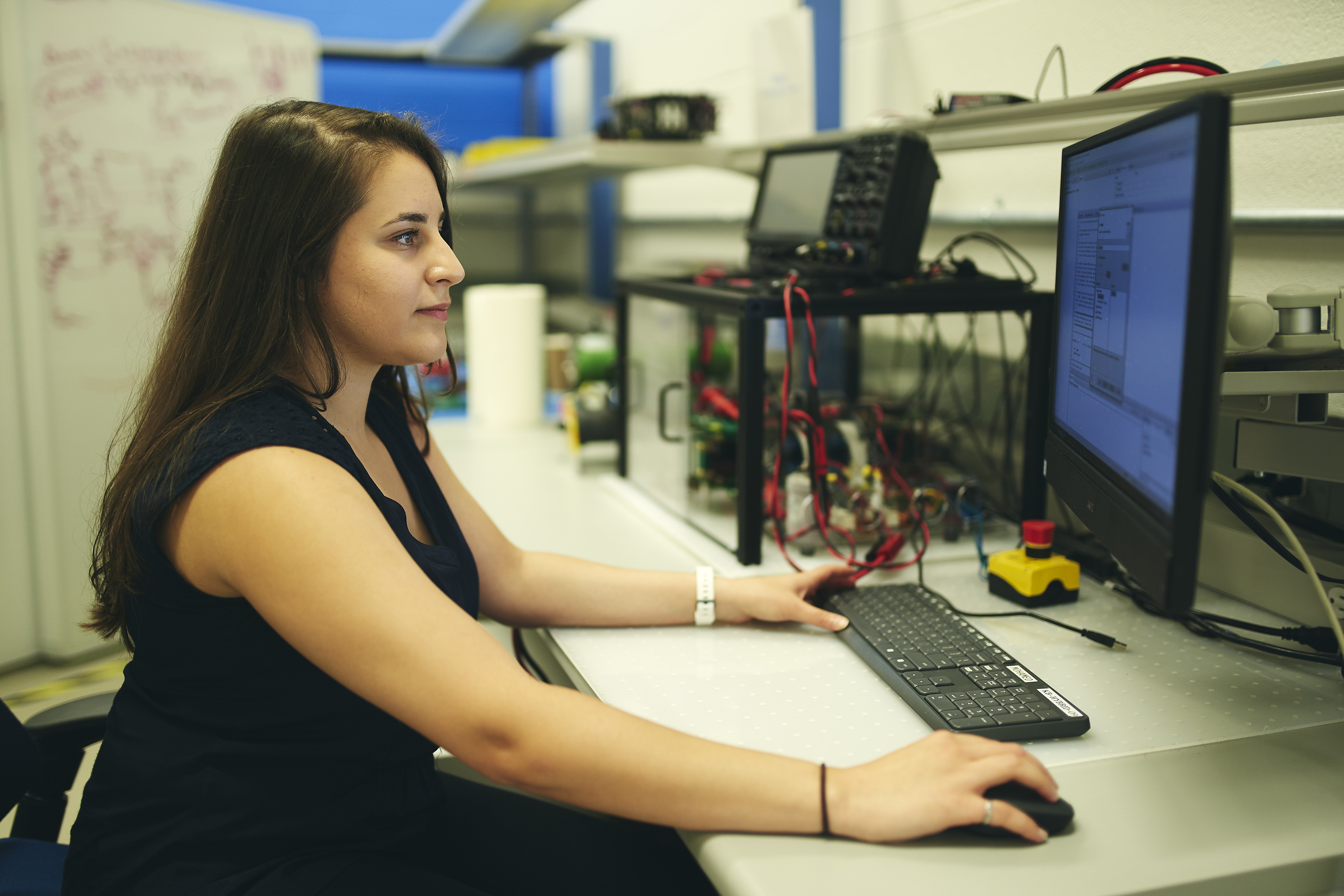 “I’m resuming experiments and it’s nice to take everything I’ve prepared over the past several months and implement them through testing,” says Niloufar Keshmiri, a PhD candidate in Emadi’s group whose research involves applying power electronics in an electric aircraft.

Keshmiri says she took the time at home to prepare the code for the controller, which was then applied as soon as she returned to MARC in June. 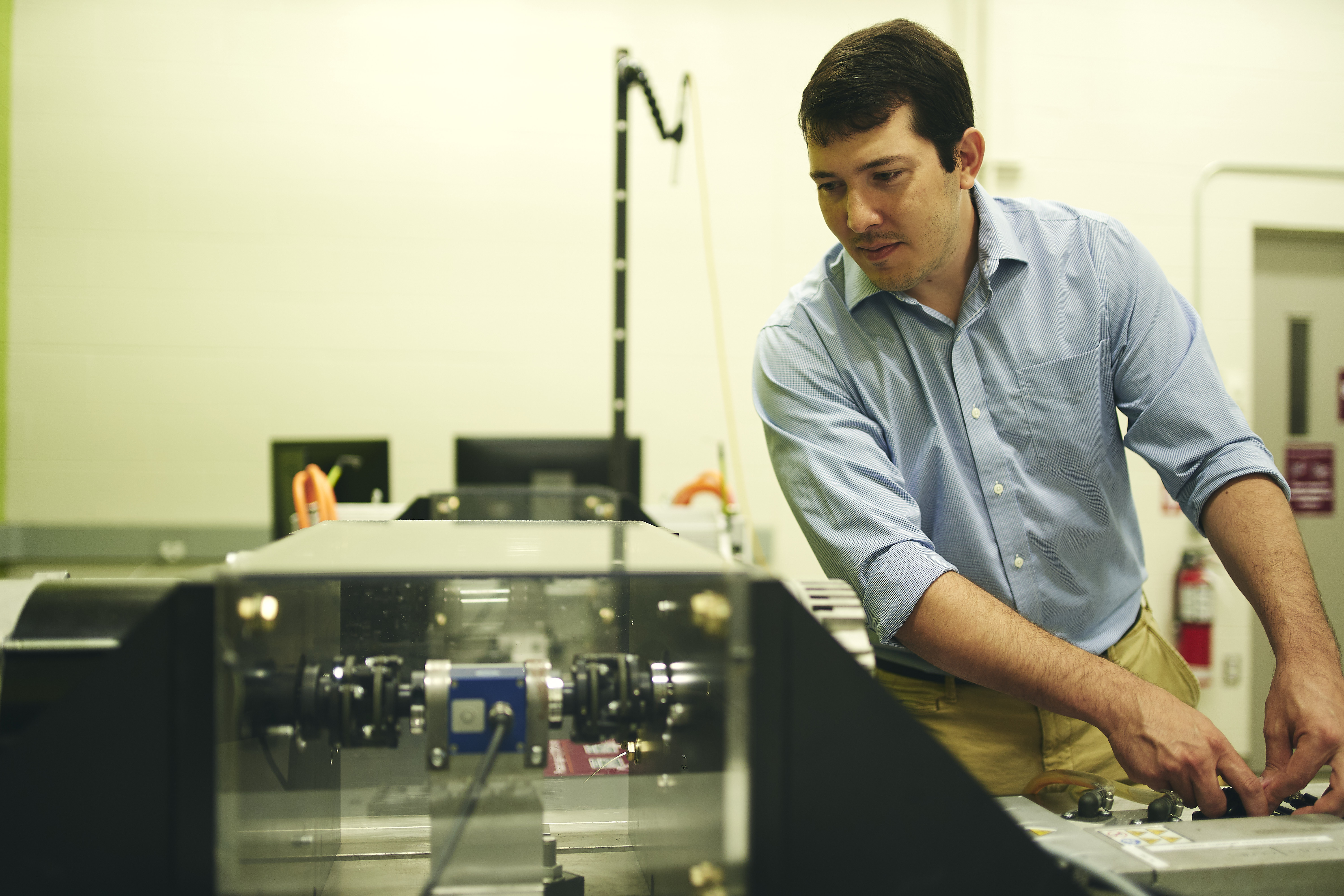 “The team has done an excellent job with all the signage, cleaning, and organization,” says Silvio Rotilli Filho, a PhD candidate in Emadi’s group. “It feels really good to be back at MARC and I feel safe going there.”

Filho is the lead research engineer on an industry project sponsored by BorgWarner, working to advance motor control technologies and power electronics for transportation electrification. The team at MARC is also collaborating with companies such as Fiat Chrysler Automobiles, Ford, General Motors and Eaton. McMaster Engineering EcoCAR Challenge Program, sponsored by the U.S. Department of Energy, General Motors and MathWorks, is also based at MARC.

“We have started to get back on track on industry projects and that’s really important to us,” says Emadi. “Our key industry sponsors have been very supportive.”

Emadi says all his students who were on track to graduate this summer or by the end of the year will graduate on time.

“Very interestingly, in the first six months of this year, we had more journal papers accepted or published than in all of 2019,” he adds, crediting the team’s dedication and ability to adapt to a new research environment.

“We have done a lot of planning and this is working for us.”