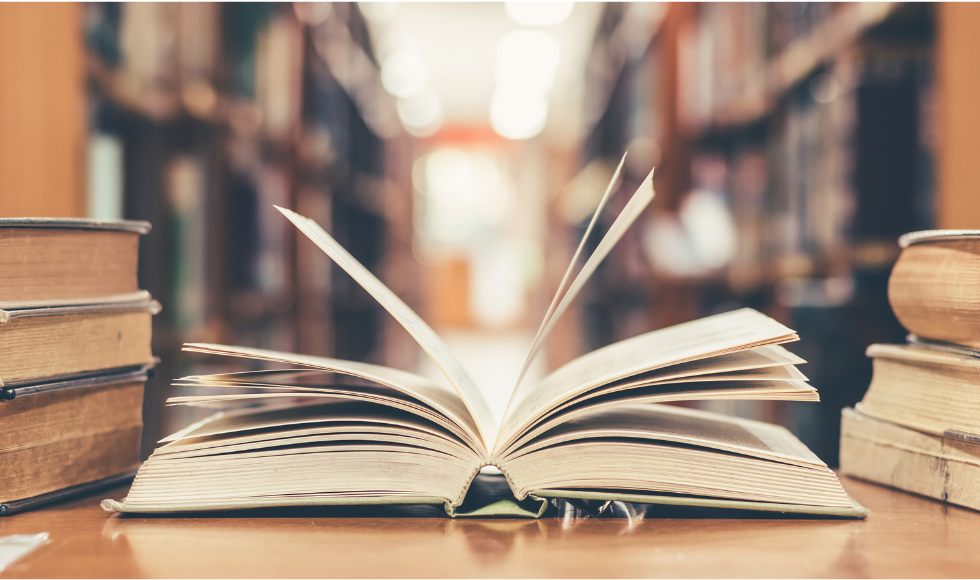 In her teaching and her research, Professor Joelle Papillon works to decolonize and challenge traditional French literature studies and focus on issues that are relevant to students, featuring and exploring works by Franco-Manitobans, Acadian and Indigenous writers.

Reading lists across universities habitually include many writers of great literature, but what happens when writers from similar backgrounds are featured without making room for other, often marginalized, voices?

Joëlle Papillon, an associate professor in the department of French, believes this leaves a wide range of experiences and valuable interpretations of the world unexplored.

Great literature can increase your capacity for empathy, expand your understanding of the world and examine the role you play in it. For it to have the greatest impact, she says, course material should highlight a diversity of writers with a diversity of perspectives.

“In Canada, we tend to be really focused on France and Québec as the two main centres of the French experience,” she says. “But in the classes I teach, I want to give attention to writers that are writing in French elsewhere in Canada and around the world.”

For her third-year undergraduate course “Francophone Voices in Canada”, Papillon looks to authors who challenge the typical notion of who a French writer is in Canada, selecting works from across the country, including those by Franco-Manitobans, Acadian and Indigenous writers.

“There are Indigenous writers who live in the territory we now call Québec who have very different perspectives on what it means to live on that land,” she says. “These writers typically don’t consider themselves Québécois.”

Contemporary literature in French that reflects the student experience

Instead of entering the classroom with preconceived notions regarding what materials would be best suited for students, Papillon listens to her students, learning what issues are most meaningful to them, then works to find materials that speak to those issues.

“I want to try to understand what it means to be a young person right now and what kinds of things they are experiencing,” she says. “Things like integration or racism, sexism or homophobia — and then I want to find writers who are addressing these issues in interesting ways.”

A  scholar whose focus is contemporary literature, Papillon draws  on texts that touch on the issues of today, like police violence, climate change or the trans experience.

“Engaging with this kind of work that reflects their own lives helps students to think critically about our world and also understand aspects of their own experience,” she says.

A different approach to teaching in French

Ranging from beginner-level French courses to graduate-level arts and culture classes delivered entirely in French, the department of French at McMaster has a firm commitment to decolonizing its teaching.

In many universities, French literature is taught chronologically, starting in the medieval period and eventually working up to contemporary times. This approach not only centres France when teaching literature, it also means that most of the writers studied are predominantly white as a result of historic colonialism.

“This approach means that you can do almost your whole studies in French departments and only see one or two non-white writers,” Papillon says. “This does not reflect our student experience at all.

“Our student body is extremely diverse — they come from different places and have different kinds of experiences, so to make sure we are relevant, we want to connect with their experience.”

Papillon and her colleagues in the department of French teach works of literature from writers across the globe including Caribbean, African and Asian writers who work in French.

“Although we can still learn lots from writers in the past, we don’t want to restrict our teaching to content that is from Europe and is several hundred years old,” she says.

This commitment to decolonization is also present in Papillon’s research.

One of her interests is exploring settler colonialism in contemporary Québécois literature. In the past, writers did not attempt to hide the negative impact they had on Indigenous land and culture as white settlers, Papillon notes — in many cases their position as settlers was a point of pride within their writing.

Now that our society is rightfully gesturing  toward decolonization, she notices that white settlers who claim to be allies to Indigenous peoples in their writing aren’t always showing up as such. In some cases, they are actually reaffirming their presence on Indigenous land in ways that continue to benefit them — just in less obvious ways.

In a recent article, Papillon examines how a widely celebrated Québécois novel, Taqawan, superficially engages with issues of Indigenous resistance through the lens of white settler allyship.

The story is centred on a “good guy” protagonist who poses as a defender of Indigenous people and a conscious objector to colonialism when it takes the form of police brutality.

“In the article I discuss how the development of this kind of character is a convenient way out,” says Papillon. “By claiming to be an ally to Indigenous people and causes, the ‘good guy’ creates a space for innocence that obscures forms of settler colonialism that are less obvious than police brutality.”

Another area of her research focuses on contemporary women’s literature and what Papillon refers to as “sad girls.”

“I’m interested in exploring expressions of sadness, anger and shame — emotions that are often seen as negative, that women should not be expressing publicly,” says Papillon.

She explores how these ideas are represented in Québécois, French-Canadian and Indigenous literature and how these alienating emotions might be used to build solidarity and empathy through literature.

Papillon’s use of contemporary literature in French as a vehicle to transform notions around who writes and lives in French is a valuable shift in perspective .

“I want to show that great literature is created by many different people and it is relevant — it can really teach you to have an empathetic look at other people’s experience and help you see your own experience in a different light.”