Lowering the curtain on the “sage on the stage” 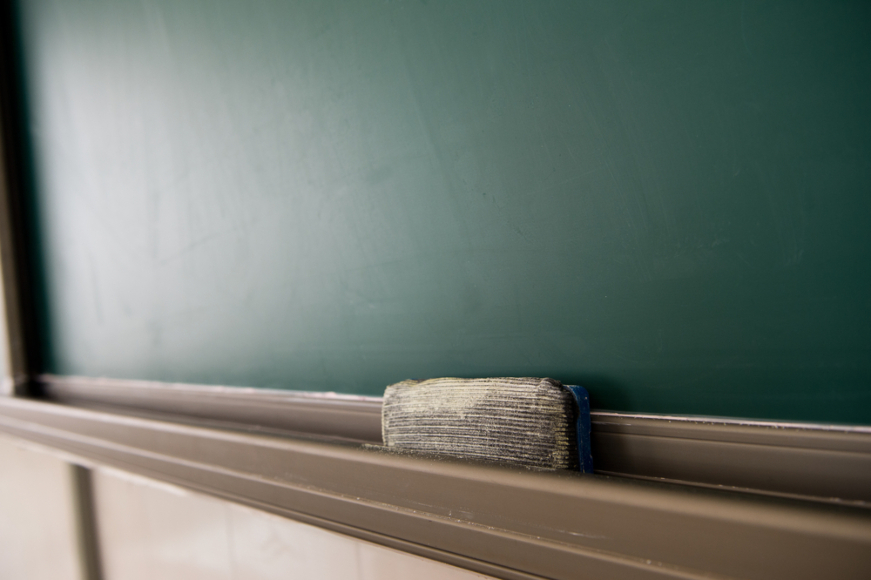 It’s a new school year, and along with new students, new courses and new textbooks, McMaster’s history department is exploring some new ways to tell some old – and not-so-old – stories, using innovative technologies and techniques to engage students in historic questions and make them relevant to the issues of today.

One way of doing that is forgoing the traditional research essay and final exam in favour of something a little more hands-on. In the experiential “Re-making History” class, which is open to both history and non-history students, participants immerse themselves in a particular time period, getting a feel for what life was like at that time through assignments, discussions and a fairly epic final activity.

This year, the class, taught by Wilson Institute Fellow Jennifer Tunnicliffe, spent the semester exploring the 1968 Canadian federal election, dividing into three groups representing the spectrum of political views in Canada at the time: the social democratic left, the socially and financially conservative right and the centrist middle. Along with individual projects on specific issues like abortion, political protest and French-language rights, the class culminated in a group debate, with each group presenting and defending the merits of their particular perspective.

At the end of the debate, participants voted for the group they thought had the most compelling arguments. In reality, Pierre Trudeau and his centrist Liberals rode a wave of Trudeaumania to power, but for the 2V03 students, Tommy Douglas and his seven-year-old New Democratic Party carried the day. “This kind of experiential project enables the students to see how complicated these issues really were, and that’s challenging and exciting,” says Tunnicliffe. “They’re realizing that history can be more than essays and exams, more than sitting and hearing things and memorizing facts. History can be so much more than that.”

“I haven’t given a lecture in two or three years,” Egan says. “There’s a time and place for survey courses, but in the classes I teach I’ve been moving away from essays and traditional forms of teaching – I want students to think about different approaches to discovery, to research, to getting their hands dirty with history.”

Most recently, Egan teamed up with colleague David Harris Smith from the department of communication studies and multimedia. Smith had developed an app called Quest AR that allowed users to place beacons on a Google map, then upload multimedia content. It was a perfect project for Egan’s “History of the Future” class, which examines technology and its effect on historical attitudes about the future.

To keep the project super-relevant – and give his students some valuable experience with archival research – Egan assigned groups of students to put together multimedia histories of 14 of the significant buildings on campus, drawing from the university archives as well as other primary sources. Groups then uploaded their content to the app, creating an augmented-reality tour of campus.

The project wasn’t without its hiccups – AR technology is still in its early stages, and posting photos and videos to the app was slow going. The university archives also didn’t have material for all the assigned buildings, meaning students had to look further afield for sources and do some creative problem solving.

But the idea, says Egan, was a good one – not just for its use of a cutting-edge technology, but for its emphasis on discovery and relevance.

“I liked the idea that students were doing more than ‘You write a paper, I grade your paper, you get it back, you look at the grade, maybe the comments, then throw it in a filing cabinet and never look at it again,” he chuckles. “I’m looking for ways to get them to think – I want them to be uncomfortable. I like the fact that this is not something they’re used to.”

That discomfort, at least with the technology side of things, may not be the case forever, says John Bell, director of IT for the Faculty of Humanities. Technologies that run the gamut from augmented reality to mixed reality all the way to virtual reality have the potential to completely transform teaching and learning, becoming as much – or more – a part of the classroom as textbooks or PowerPoint slides.

“All along that spectrum there are opportunities where we can use technology for pedagogical purposes,” he explains. “You could visit Machu Picchu, for example, and look at artifacts that are hundreds of years old – then 3D-print them, hold them in your hand and get a tactile sense of them. What we’re doing now is dipping our big toe in the water, very tentatively.”

Bell points out that research regarding technology’s effectiveness in the classroom is still minimal, and that the hype around AR and other technologies needs to be tempered with an attention to whether it actually helps students learn better than traditional teaching methods.

“Of course, it’s important for all of us to be mindful of what the research is telling us,” he says. “But this is a transformative age – what this technology will do is allow people to enter any world, at any time, from anywhere.”

The use of technologies like augmented reality may still be in its infancy, but the department has fully embraced the flexibility offered by online teaching. Working in partnership with the McMaster Centre for Continuing Education, the history department now offers several fully online courses that can be taken as electives by any student in the university.

“I really like the premise of making an undergraduate experience accessible to students who, for whatever reason, can’t come to campus or need more flexibility around full-time jobs or other commitments,” says Egan, who, with colleagues in the department, helped develop the courses. “It’s an example of how the history department is broadening the scope of what our offerings look like.”

“The opposite of a dead discipline”

And while technology may eventually transform how history is taught, the study of history itself remains as important as ever, says Ian McKay, chair of McMaster’s L.R. Wilson Institute for Canadian History and the originator of the 2V03 class. The institute’s approach to Canadian history is to place it in an international context – not simply a “little tiny parochial subject of interest to little tiny parochial people,” but an important, dynamic subject interrelated to everything else that’s going on in the world.

“Canadians as a people need to be aware that history is not something that happened yesterday – history is happening right now, and we’re all part of it,” he says. “The key to the historian’s craft is to sink into the complexities of an issue and wrestle with its manifold dimensions. We desperately need that in today’s world, when everything is so crazily polarized. When you begin to think historically, it completely transforms your vision, and you can no longer think in simple black and white terms.

“It’s the opposite of a dead discipline.”