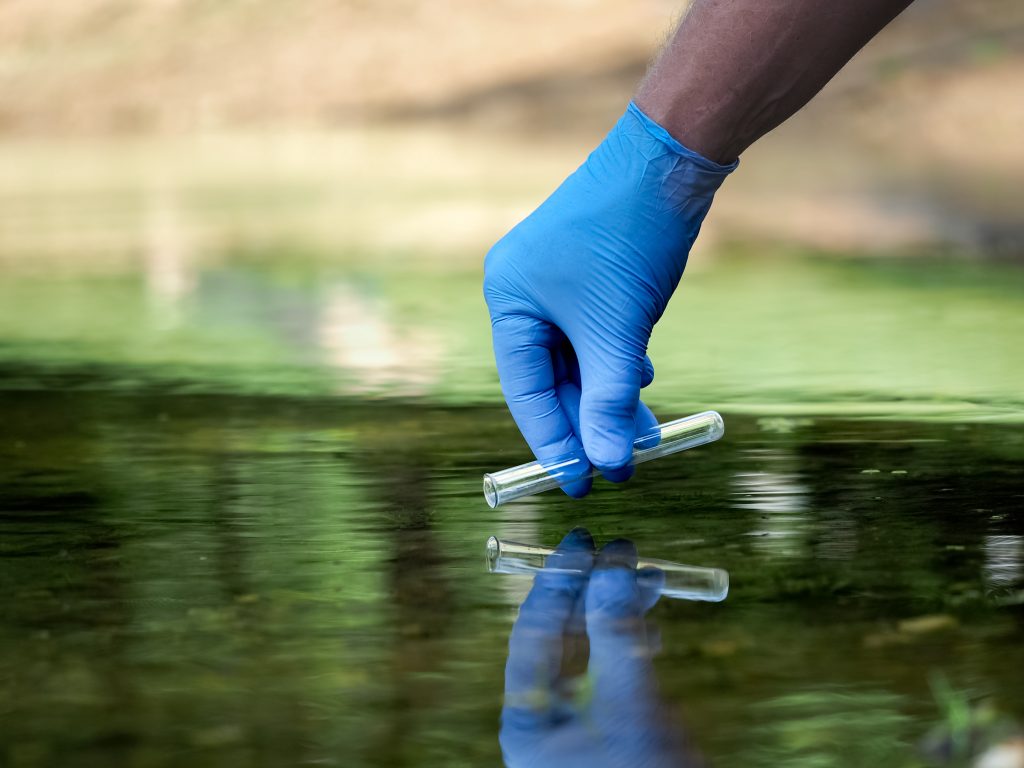 Global Water Futures is aimed at delivering risk management solutions—informed by leading-edge water science — to manage water futures in Canada and other cold regions where global warming is changing landscapes, ecosystems, and the water environment. GWF includes researchers from The University of Saskatchewan, McMaster University, the University of Waterloo, and Wilfrid Laurier University.

McMaster is hosting the inaugural GWF Annual Science Meeting from June 3 – 6, 2018. This article was originally posted on January 19, 2018.

Like many engineers, Ravi Selvaganapathy, McMaster’s Canada Research Chair in Biomicrofluidics, enjoys a challenge – the thornier, the better. His work focuses on developing small machines and tools (the “micro” in “biomicrofluidics”) and using them to improve medicine, biology and human health (the “bio”).

His latest project is about as thorny as it gets: a three-year, $1.8 million project funded by the University of Saskatchewan’s Global Water futures project to develop water sensors that can be used in resource-poor areas.

It’s not like he hasn’t already tackled some tough problems. He’s involved in a long-running project to create an artificial placenta, which will help pre-term babies with underdeveloped lungs breathe without using a potentially damaging external respirator. He’s figured out tiny devices to immobilize and examine worms and flies used in medical testing. And he’s working on 3D printers that work not with plastics, but with soft materials like gels and matrices complete with cells and vascular networks.

He’s definitely looking forward to solving the puzzles his current project presents. In part, this is because testing water is complicated. Unlike a substance like blood, which has fairly well-defined components, the composition of water can be highly variable and testing requirements are much more stringent.

“In blood, you’ll test for bacteria levels in 5 ml or 10 ml, and the levels will typically be very high,” Selvaganapathy explains. “If we’re testing drinking water, though, we need to be able to detect one bacteria in 100 ml of water – a much lower concentration.”

The sensors that Selvaganapathy and his research team are developing will be field tested in two First Nations communities, Six Nations of the Grand River in southern Ontario and the Lubicon Lake Indian Nation in northern Alberta, building on the work of another ongoing Global Water Futures project for which Selvaganapathy is a team lead. That project, led by Dawn Martin-Hill, an associate professor of anthropology at McMaster and the holder of the Paul R. MacPherson Chair in Indigenous Studies, pairs McMaster researchers with First Nations community members to identify sources of contamination in drinking water sources and local aquatic ecosystems.

While clean drinking water is a top priority – drinking water advisories affect up to 72,00 people in Indigenous communities – creating an economically sustainable, community-based technology is also a key part of Selvaganapathy’s work.

As an example, Selvaganapathy points to a system he and a team developed that used bicycles to produce power, providing a low-tech solution to frequent blackouts that also gave local bike shops a new source of revenue.

The water sensors would work the same way – a technology that could be built, maintained and repaired within a community, without having to rely on outside experts.

“Something that creates an economic incentive for the community to produce and maintain the technology makes it sustainable,” he says. “Instead of us saying, ‘We’ll make these fantastic sensors then sell them to you,’ why don’t we try to come up with a plan where someone in the community is making the sensors, someone is fixing them and so on – then you’re creating a local economy.”

Developing and implementing this type of technology means shifting the typical academic perspective from “latest and greatest” to “low-tech and low cost,” creating a sensor that meets required standards but doesn’t have to be super-sensitive.

“We are often infatuated with the most expensive, the most complex and coolest new technology,” he says. “But that often doesn’t make sense. So we thought we’d do a rethink, with sustainability as the required focus.”

The sensors will be useful to others outside of First Nations communities: hydrologists who need a way to monitor rivers, watersheds and reservoirs, for example, or mining companies that want to monitor the integrity of their tailing ponds.

The idea of solving more than one problem with one technology is, of course, appealing for a researcher who likes a challenge.

“As engineers, we look at problems. Then we say, ‘Can I come up with a solution for it?’ This was one problem that was very attractive, because if you can develop a solution, it has applications for many different settings.”