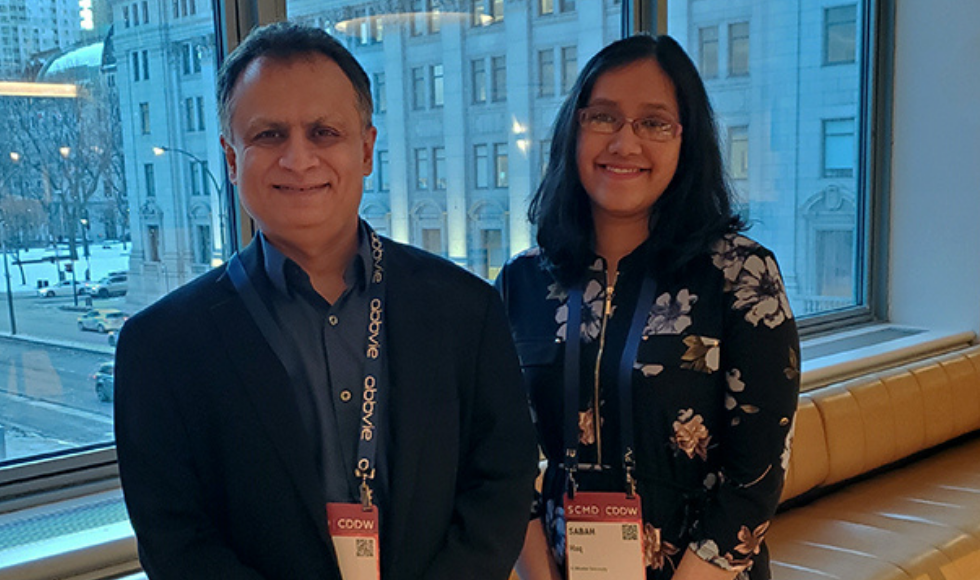 A new treatment may be on the horizon for people suffering from Crohn’s disease after a McMaster University-led study identified serotonin as a possible trigger of flare-ups.

Scientists discovered that increased levels of serotonin hormones prevent gut cells from carrying out autophagy, the routine ‘housework’ of the gut cleaning out damaged or malfunctioning cellular components.

Senior author Waliul Khan said the resulting autophagy dysfunction has been implicated in triggering both Crohn’s and other inflammatory bowel diseases (IBDs), as well as other conditions such as diabetes and Parkinson’s disease. His and first author Sabah Haq’s findings were published by Science Advances on Nov. 5.

“The serotonin is manufactured by hormone-producing cells called enterochromaffin cells, located near the gut bacteria, which are very important in triggering IBDs. They are located so closely to each other that it may influence the gut microbiome,” said Khan, a professor in McMaster’s Department of Pathology and Molecular Medicine and a principal investigator of Farncombe Family Digestive Health Research Institute.

“We have shown the mechanism of how serotonin is increasing the inflammation in IBDs and acts as a brake on cell autophagy, changing the composition of gut bacteria, which subsequently leads to the production of more inflammatory cytokines and more severe disease.”

Researchers gleaned their results by analyzing blood and biopsy samples from 18 people with Crohn’s disease split between two groups, comparing them to a matching number of people from two healthy control groups. A mouse model of IBD was also used.

Serotonin itself is an important signalling molecule that regulates the brain’s responses to anxiety and stress, but 95 per cent of it is found in the gut, where its exact role is unclear.

Khan said his study was the first demonstration of the interaction between serotonin, autophagy and gut microbiota in intestinal inflammation.

Khan said his discovery comes as Crohn’s disease affects millions of people worldwide and the numbers continue to climb, burdening individuals, societies and health-care systems. He added that increasing rates of urbanization and industrialization could be causing this increase.

“In Canada the prevalence of IBDs is one of the highest in the world. Recently there has been significant process in understanding the pathogenesis of IBD leading to improved strategies to control inflammation, through the use of immunosuppressive drugs and biologics, but there is still no cure and even these treatments often cause many side-effects,” said Khan.