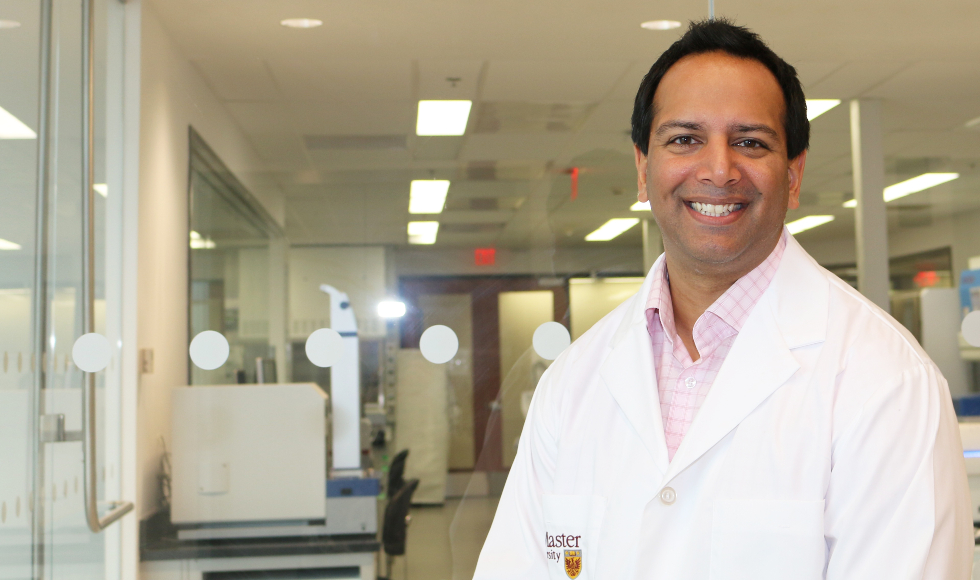 Karun Singh is a principal investigator of the Stem Cell and Cancer Research Institute at McMaster University.

A McMaster scientist has co-led new research which suggests increased activity in neurons that are deficient in two genes could cause autism-related characteristics in humans.

The novel investigation into the impacts of neuronal mutations of the CNTN5 or EHMT2 genes on autism-related characteristics has been described in the open-access journal eLife.

“We’re glad to be involved in this research which shows such promise,” says author Karun Singh, associate professor of biochemistry and biomedical sciences at McMaster and a principal investigator of the Stem Cell and Cancer Research Institute. “We can now use the resources developed in this study to identify new therapeutics for autism.”

Autism spectrum disorder, and autism patients’ responses to treatments, is increasingly studied using neurons derived from induced pluripotent stem cells (iPSCs) – immature cells that can give rise to an unlimited source of any type of cell needed by the body. But high costs mean that only a few iPSC-derived neuronal lines are typically tested in a single study, limiting previous autism research. New approaches are therefore needed to speed up developments in this area.

A team of researchers from McMaster, The Hospital for Sick Children (SickKids) and the University of Toronto set out to establish a scalable iPSC-derived neuron model to help improve autism research. They developed a resource of 53 different iPSC lines derived from 25 individuals with autism, who carry a wide range of rare genetic variants, and from their unaffected family members.

Using CRISPR editing, the scientists also created four ‘isogenic’ pairs of iPSC lines (cell lines with the same or similar genetic makeup) that either had or did not have a mutation, to explore the impacts of mutations on autistic characteristics.

“We investigated the synaptic and electrophysiological properties of our iPSC lines using a large-scale multi-electrode array for neuronal recordings, as well as more traditional patch-clamp recordings,” explains first author Eric Deneault, a postdoctoral fellow in the genetics and genome biology program at SickKids who is now at McGill University. “Our results revealed numerous interesting associations between the genetic variants and the neuronal characteristics that we analyzed.”

Deneault says their most compelling find was a consistent, spontaneous network hyperactivity in neurons that were deficient in the CNTN5 or EHMT2 genes, which may cause autistic characteristics in people. This discovery of hyperactive networks is consistent with current views of autism and paves the way for further investigating their roles in the condition.

“In fact, we have made our biobank of iPSC-derived neurons and accompanying genomic data openly available to help accelerate research in this area,” says Stephen Scherer, a co-senior author of the paper and director of The Centre for Applied Genomics at SickKids, and of the McLaughlin Centre at the University of Toronto. “We hope this will in turn speed up the development of potential new therapeutic strategies for autism patients.”

Funding from the project comes from, among others, the Canadian Institutes for Health Research, Autism Speaks, Ontario Research Fund, and Ontario Genomics.