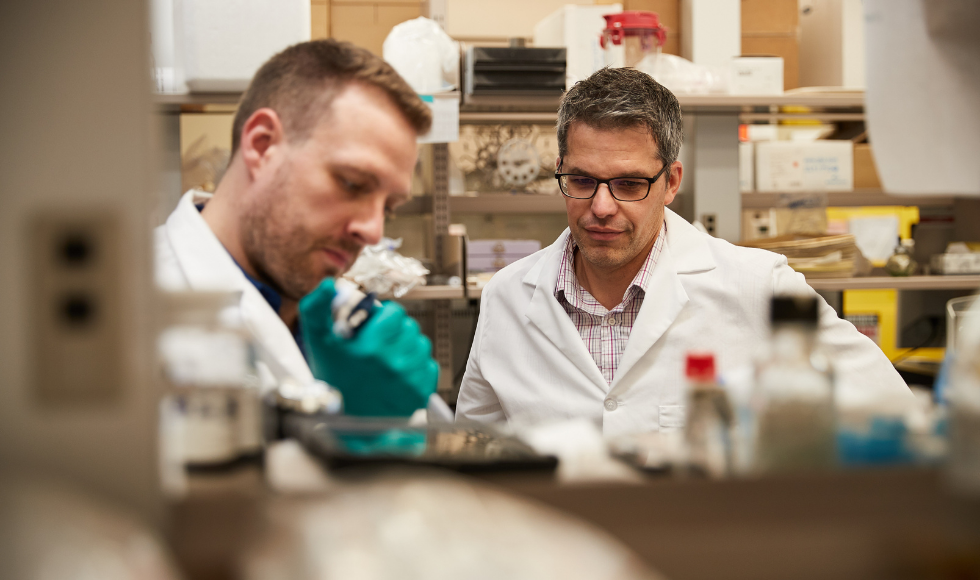 A possible link between psychological stress and Crohn’s disease flare-ups has been identified by a McMaster University-led study.

Researchers using mouse models found that stress hormones suppressed the innate immune system that normally protects the gut from invasive Enterobacteriaceae, a group of bacteria including E. coli which has been linked to Crohn’s disease.

Key to innate immunity is the protective barrier of epithelial cells in the gut, which rely on molecular signals from immune cells to keep out harmful microbes, repair the cell wall and secrete mucus. Without properly functioning immune cells, the epithelial cellular wall can break down, allowing microbes associated with Crohn’s disease to invade the gut and trigger symptom flare-ups.

“The main takeaway is that psychological stress impedes the body’s ability to fight off gut bacteria that may be implicated in Crohn’s disease. Innate immunity is designed to protect us from microbes that do not belong in the gut, like harmful bacteria,” said senior author Brian Coombes, professor and chair of biochemistry and biomedical sciences at McMaster.

“When our innate immune system functions properly, it prevents harmful bacteria from colonizing us, but when it breaks down, it leaves an opening for pathogens to colonize locations they normally cannot and cause illness.”

While this discovery could lead to new treatments for Crohn’s disease, Coombes emphasizes these findings are still at the pre-clinical stage and more work needs to be done.

“The more we know about what triggers Crohn’s disease, the closer we come to new treatments and potentially even disease prevention,” said Coombes.

Crohn’s disease is an inflammatory condition that causes inflammation, ulcers and scarring in the digestive system. While its root cause is still not fully understood, Coombes said patients with the disease often have an altered gut microbiome dominated by Enterobacteriaceae like E. coli.

The study was published in Nature Communications on Nov. 18.