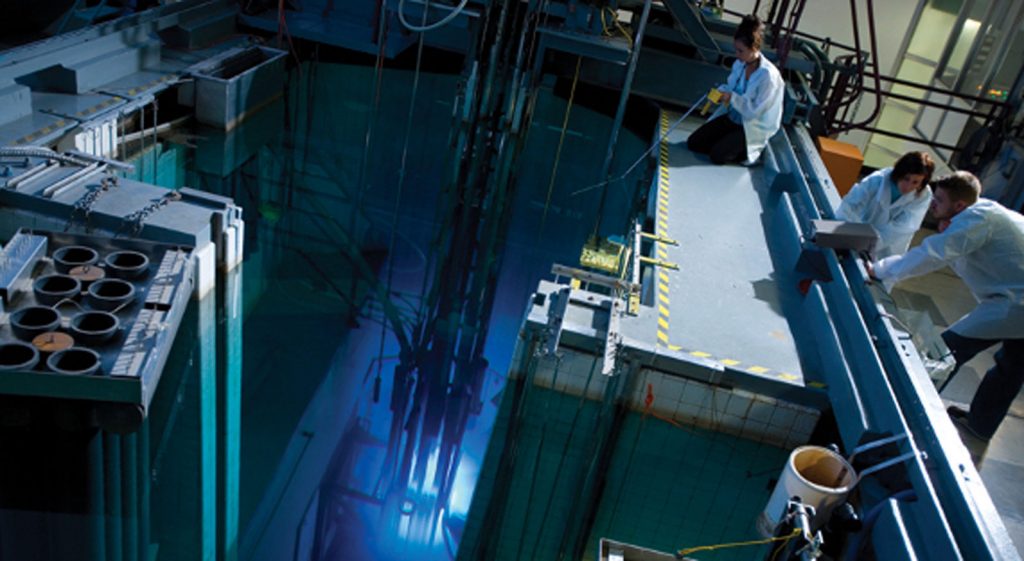 As Canada looks toward a low-carbon future, McMaster University, Ultra Safe Nuclear Corporation (USNC), and Global First Power (GFP) have embarked on a new partnership to advance research in small modular reactors (SMRs) – a clean energy technology that will play an essential role in Canada’s Net Zero by 2050 goal.

The three partners have signed a Memorandum of Understanding (MOU) to further examine the feasibility of deploying a Micro Modular Reactor (MMR®) at McMaster University or an affiliated site. The partnership is expected to pave the way for Canadian communities considering the adoption of this new approach to greenhouse gas-free energy.

The MMR is a new class of nuclear reactor, much smaller in size and power than traditional nuclear reactors, with enhanced safety features. Factory constructed with a far smaller footprint and expected economies from fleet operation, the MMR is suitable for powering remote communities and providing process heat to industry, and is expected to be operational in Canada later this decade.

“McMaster is a global leader in nuclear R&D and a recognized centre of excellence for training,” he said, noting the partners are frontrunners in this field.

“Combining our capabilities with those of USNC and GFP will allow us to conduct life-cycle studies on the optimal utilization of SMRs and train the next generation of experts that will build, operate, maintain, monitor and regulate these facilities.”

GFP is developing Canada’s first commercial demonstration SMR at the Canadian Nuclear Laboratory’s (CNL) Chalk River site, where much of the research and training will take place, according to Dominique Minière, GFP’s president and CEO.

“It’s the most advanced SMR project in the country and, arguably, the Western world,” said Minière. “Tapping into McMaster’s talent pool of experts, building research collaborations and fostering student training initiatives will strengthen the position of Canada as a global leader in SMR deployment which is critical for addressing the global climate emergency,” he said, adding that GFP’s MMR Project at Chalk River is expected to be operational in 2027.

It’s a sentiment echoed by USNC’s CEO Francesco Venneri, who said the GFP MMR project is a market-ready design, specifically designed for Canadian climates, and similar in size and power to McMaster’s five-megawatt reactor.

“Partnering with McMaster at this stage will be instrumental for training the next generation of leaders as we collectively investigate enhanced safety measures, cost structures, power utilization, and waste management options,” he said. “We’re excited at this opportunity and keen to begin our collaborations to ensure Canada has the requisite talent and infrastructure moving forward.”

Tucker said the partnership is an important step in the launch of the University’s SMR feasibility study – an estimated 18-month initiative in consultation with community, business, and government stakeholders, including Indigenous communities and municipal councils. Based on those findings and McMaster’s decision to pursue SMR deployment, the process of seeking the necessary licenses from the Canadian Nuclear Safety Commission will begin.

“We have over 60 years of experience operating a community-based nuclear reactor safely and efficiently, and the subsequent health, research and economic benefits continue to advance the health and well-being of society,” he said. “It’s incumbent upon us to use our knowledge and expertise to help Canada meet its Net-Zero target.”