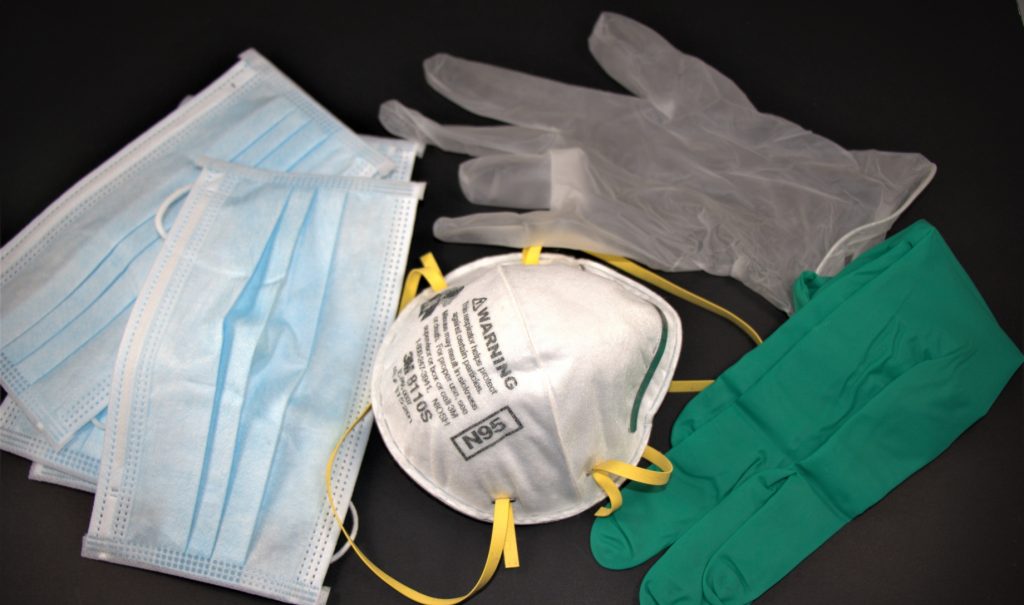 Researcher Yingfu Li raised money to send protective gear to hospitals in China at the height of the COVID-19 crisis there. Now, his friends and colleagues in China are pitching in to buy protective gear for front-line medical workers in Hamilton. (Shutterstock photo)

Call it a repayment in kindness.

In February, infectious disease researcher Yingfu Li and his research team raised money and bought N95 masks and goggles for Chinese hospitals during the COVID-19 crisis in that country.

Now, more than 20 scientists in China who previously worked with Li or his team members have raised money to buy the same kind of protective gear for Hamilton health-care workers.

“I didn’t plan it this way. I just wanted to help friends, and to protect front-line workers. I have worked with amazing people.” — Yingfu Li

Update: In response to ongoing interest in this initiative, the Li Lab has established a GoFundMe for donors who want to help them buy more protective gear for health-care workers.

‘We wanted to help’

In late January, Li, a professor of biochemistry and biomedical sciences in the Institute for Infectious Disease Research, learned there was a shortage of personal protective equipment (PPE) in China.

“I was worried about my friends who are scientists there. I contacted them and offered to send them masks from here, and they actually said no,” Li says. “They said, ‘We’re doing fine, but if you want to help out, you can purchase some for the hospitals in Wuhan.”

Li started to raise money to buy masks for health-care workers in Wuhan, China, which was the epicentre of the outbreak at the time.

Donations quickly came in from current and past members of the Li Lab, as well as Li’s friends in Canada. Members of Li’s team — including postdoctoral fellows Jiuxing Li and Cheng-Yu Lee, and PhD student Shuwen Qian — spread the word in their own circles.

In February, they used some of the money to order about 1,600 N95 masks and some goggles for two hospitals in Wuhan. “We made sure the equipment made it into the hands of front-line doctors,” Li says.

Soon after that, China stopped accepting PPE donations, and the situation there stabilized.

“We still had more masks coming in off back order, and I heard about other places with shortages, like Iran, so we kept them, intending to send them wherever needed.”

They donated the 500-plus remaining masks they had bought, along with a supply of gloves from their own lab.

‘Now is the time for us to pay it back’

Li’s group still had $4,000 from their earlier fundraising, but with a shortage of PPE here in North America, “it was clear that we couldn’t order more here.”

So last week, Li contacted a former postdoctoral fellow named Meng Liu, now a professor at the Dalian University of Technology in China, to ask him to look into buying N95 masks for Hamilton hospital workers with the money Li’s group had raised.

Liu went one step further: He immediately reached out to a number of scientists who have worked with Li in the past, and quickly raised another $2,000.

“I saw the message he sent out — it was really touching. He said, ‘Now is the time for us to pay it back. We need to do something.’ “

“I’m touched by how much people have given.”

That money, along with the original $4,000, was enough for Liu to order 1,700 masks. The first shipment arrived Monday, and Li’s team is preparing to donate it to HHS.

Li says he is struck by the kindness of his colleagues — past and present.

“This has been an amazing experience and I felt that this world is filled with people with great humanity and generosity,” he says.

“I have worked with incredible people, now and in the past.”

Trump aligns ignorance with bigotry as he attempts to rewrite history

Donald Trump’s attack on racial injustice is an attempt to replace historical consciousness with historical amnesia, Henry Giroux writes. It's a racialized politics of organized forgetting.

Unions must recruit and sustain a critical mass of women — particularly visible minority and LGBTQ women — into leadership roles, so the changing face of Canada’s workers is reflected in their union leadership.