McMaster researchers closing in on home test for COVID-19 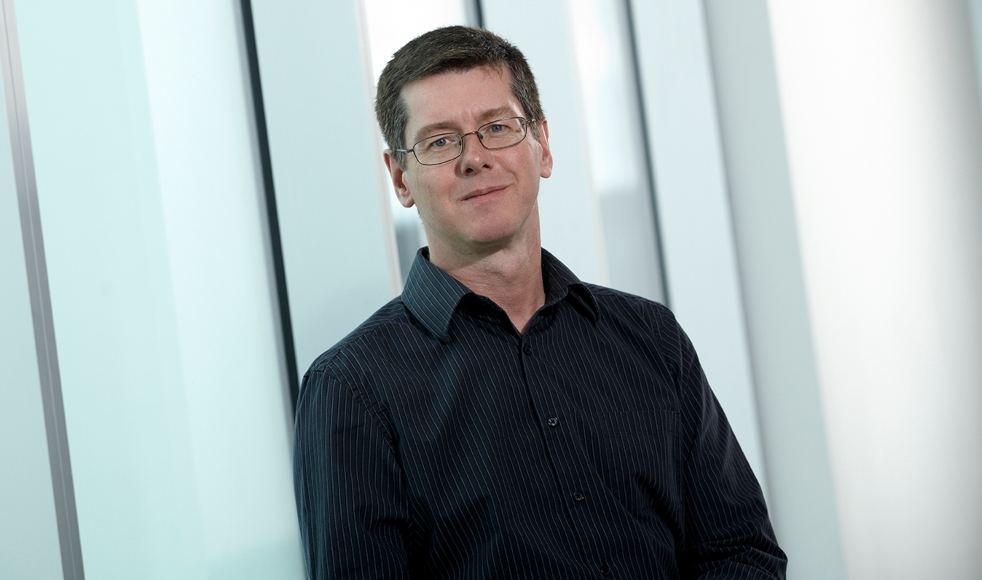 John Brennan is a professor in the Department of Chemistry and Chemical Biology, and director of the Biointerfaces Institute.

McMaster University researchers are racing to create a home-based COVID-19 testing kit, which could potentially be ready to move forward for approvals and manufacturing within months.

The COVID-19 self-diagnosis kit would be configured to detect the genetic material of the virus but would work in a manner similar to a home pregnancy test, generating a result on a test strip within 20 minutes.

Researchers at McMaster’s Biointerfaces Institute have been working for several years to develop and prove the effectiveness of different forms of portable, easy-to-use tests for infections such as E. coli and C. difficile.

Before the pandemic, Biointerfaces Institute researchers had been working on a home test for H. pylori, the bacterium that causes peptic ulcers and other digestive problems. That technology is now being adapted to detect COVID-19.

A team of 11 senior researchers, led by the institute’s director John Brennan and Professor Yingfu Li from the Department of Biochemistry & Biomedical Sciences and the Institute for Infectious Disease Research at McMaster, and including professors Fred Capretta, Carlos Filipe and Leyla Soleymani, is now working to create a test for COVID-19 that consumers could use from the safety of self-isolation, without needing to visit a doctor’s office, hospital or lab.

A consumer test kit could potentially be ready for approvals and scale-up in the next several months, Brennan said, and the team is currently working to address scientific, funding, regulatory and manufacturing questions. Once established, the test could easily be modified to detect other forms of infection.

For now, the team is using seed funding from the University to get the work started, while actively seeking public and private partners to move the research and commercialization forward.

While other new forms of testing are coming on stream to relieve the existing diagnosis bottleneck, those tests still require lab processing in bio-secure facilities, Brennan pointed out.

Those tests may only take minutes, he said, but there is still a holdup in getting samples to the lab and results back – a lag that is making it hard to track the wider progress of the virus and prolonging the anxiety of individual patients.  Such tests are also not yet performed on asymptomatic people, which can lead to a significant risk of spreading the virus.

Current tests also process viral RNA using a method that requires a reagent that at times has been in short supply. The McMaster test uses a different method that can directly amplify RNA, confirming the presence of a particular infection in a way that does not require the standard reagents.

A user would collect a mucus sample on a swab and insert it into a small vial of liquid, which would break down the virus to release genetic material in the sample, which would then undergo amplification at room temperature. Once applied to a test strip, the liquid would generate a test line, similar to that in a pregnancy test, to signal whether the new coronavirus was present.

“We’re looking down the road at the next wave of testing, which we expect is going to be home-based self-testing,” Brennan says. “We want to get a self-administered test out the door as quickly as we can. It could be really important for identifying new clusters and stopping community spread by asymptomatic carriers.”

Brennan says a key advantage is that since the approach is based on a platform the researchers had already created, it could be scaled up quickly at the McMaster Innovation Park, which is home to the Biomedical Engineering and Advanced Manufacturing (BEAM) facility.

As the test is similar to current pregnancy tests, it should lend itself well to manufacture by companies that already make such tests, Brennan said.