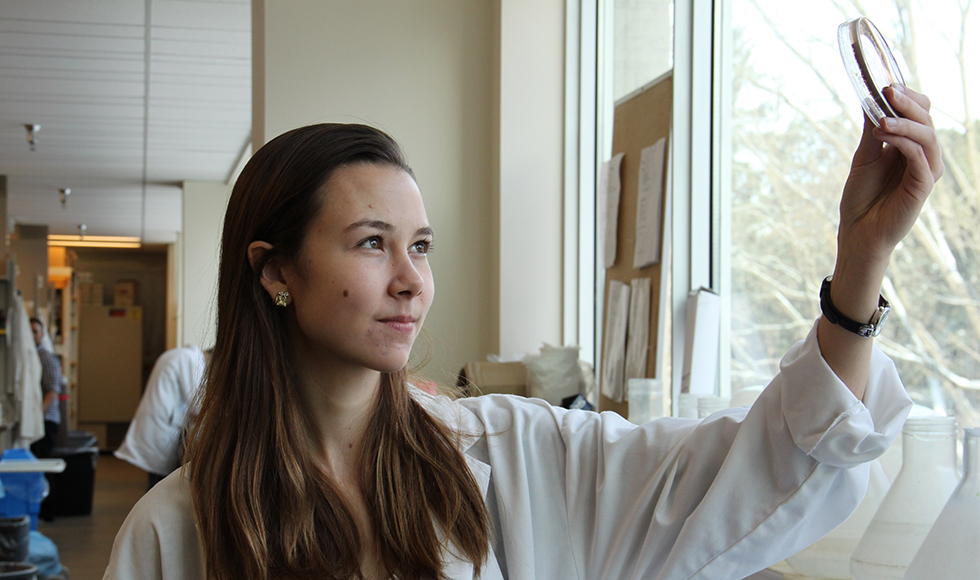 Researchers at McMaster have designed a new way to rapidly identify antibiotics hidden in common dirt.

Their method, published today in Nature Biotechnology, may help guide drug discovery by allowing researchers to reassess the potential of bacteria that have already been mined for rare or new compounds with antibiotic activity. The goal is to develop the medicines in response to the current global antimicrobial resistance crisis.

“Most of the antibiotics in clinical use today derive from bacteria and fungi that live in the soil, but we know that these microbes have the capacity to make many more compounds than just the ones we keep rediscovering,” said Elizabeth Culp, co-principal author and a McMaster PhD candidate in biochemistry.

“Our study describes a way to essentially ‘weed out’ the most common antibiotics made by soil bacteria to unearth their hidden antibiotic potential.”

The team is led by senior author and professor Gerry Wright at the David Braley Centre for Antibiotic Discovery within the Michael G. DeGroote Institute for Infectious Disease Research.

The researchers applied a relatively new tool called CRISPR-Cas9 genome engineering to a selection of antibiotic producing soil bacteria, deleting essential building blocks for the production of two commonly found antibiotics, streptomycin and streptothricin. When the modified bacteria were rescreened without these components, the researchers found that most of them made new compounds.

“This simple approach led to production of different antibiotics that were otherwise masked,” said Culp. “We were able to rapidly discover rare and previously unknown variants of antibiotics.”

“We hope that our strategy will help to motivate others to dig deeper into the field of antibiotic discovery.”

The research was funded by the Canadian Institutes for Health Research and Ontario Research Fund.