McMaster researchers ready to reimagine workplaces for employees with disabilities 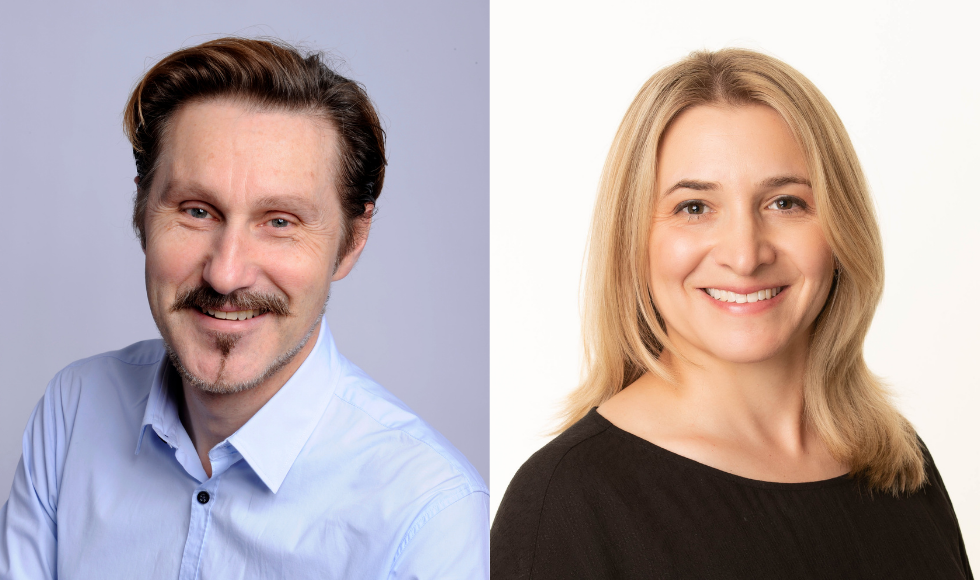 Two McMaster University experts are reimagining how Canadian workplaces can better welcome and accommodate workers with disabilities with the help of $9 million in federal funding announced this week.

Emile Tompa from the department of economics and Rebecca Gewurtz from the school of rehabilitation science (SRS) are joining forces to research how workplaces can be redesigned to include persons with disabilities, including the social aspects of employment, such as recruitment and advancement. Their initiative is called Inclusive Design for Employment Access (IDEA).

The researchers are receiving funding for their six-year initiative under Canada’s New Frontiers in Research Fund (NFRF), announced Jan. 12 by federal Minister of Innovation, Science, and Industry François-Philippe Champagne.

Tompa and Gewurtz are taking an innovative tact. Rather than focus on skill development for persons with disabilities, their social innovation laboratory will focus on building up employer capacity to create more inclusive and accessible workplaces, and building up employer confidence so that they can meet the needs of diverse and talented candidates.

“We have spent decades ‘skilling up’ persons with disabilities and improving employment opportunities by focusing on the individual, but what truly motivates me is creating genuinely inclusive workplaces for persons of all abilities and making Canadian workplaces more competitive,” said Gewurtz, an associate professor of the SRS.

“It will create better opportunities for more people and is a win-win. When hiring, we want employers to feel that a candidate’s disability is a non-issue, as that person is simply the best candidate for the position.”

“We are not trying to re-invent the wheel,” said Tompa, senior scientist at the Institute for Work and Health and associate professor in the department of economics.

“We want employers to move past their apprehensions, such as concerns about the requirements of government legislation or fears over what to do if a potential employee with a disability does not work out. It is all part of the stigma we are trying to combat.”

Both Tompa and Gewurtz said that innovative workplaces consider flexibility in how, where and when people work – flexible scheduling, the option to work remotely, different ways of communicating and connecting with colleagues — as well as modifications to the workplace environment. Employers also need robust human resource policies to welcome persons with disabilities.

Tompa and Gewurtz said that their social innovation laboratory includes three core and two cross-cutting incubator hubs made up of groups of researchers and community partners. The three core hubs are workplace systems and partnerships, employment support systems and transitions to work and career development. The two cross-cutting hubs are inclusive environmental and design, and disruptive technologies and the future of work. All hubs have joint involvement of researchers and community partners.

Hub teams will co-design and pilot workplace solutions for use in the field, adjusting and scaling them up across Canada, as appropriate. The IDEA laboratory will focus on activities such as developing guidance and resources for workplace accessibility planning and reporting, for job coaching and wrap-around supports, and for smooth transitions of new labour-market entrants during the school to work transition.

Tompa said that a successful skilling up of employers to accommodate workers with disabilities will be beneficial for society. More inclusive workplaces will both help address Canada’s ongoing labour shortage and help reduce the poverty, dependency and marginalization of persons with disabilities.

Tompa said that many persons with disabilities currently live in poverty and depend on social assistance, with many suffering from a lack of housing and steady employment, effectively making them “second-class citizens.” However, many want to work, have valuable skills and could make important contributions to the labour market.

Another key consideration for researchers and community partners is intersectionality, as Tompa said that persons with disabilities are diverse, adding that factors such as gender, sexual orientation and racialized minority status may also contribute to their ongoing marginalization.

But building employer capacity to hire persons with disabilities is not just the right thing to do, he says. Rather, it is a win-win for business and for the Canadian economy.

“If we include persons with disabilities in the labour market, levelled them up to the same rates of engagement and remuneration as everyone else, Canada would increase its GDP by 3.2 per cent, according to 2017 figures,” said Tompa.

Karen Mossman, McMaster’s vice-president of research, congratulated both the federal government on its investment in this initiative and the McMaster team behind this interdisciplinary project.

“Drs. Tompa and Gewurtz have identified a critical gap in our society and their work has the capacity to impact the lives of Canadians with disabilities and the broader economy,” she said. “The team’s work is vital to creating more inclusive and accessible work environments that will ensure Canada’s competitiveness and result in much-needed and long-lasting changes for both employees and employers.”

The federal NFRF was first launched in late 2018 to support interdisciplinary, high-risk, high-reward, transformative Canadian research. Tompa and Gewurtz are part of the first cohort of researchers to receive NFRF funding.

They are one of seven receiving NFRF funding totalling $144 million from 2021 to 2027 and is effective immediately.